From the death of Justice Antonin Scalia to the battle over who will fill his seat, the U.S. Supreme Court made headlines throughout 2016. The Court also struggled in Scalia’s absence, splitting 4-4 in crucial cases and shying away from controversial issues.

As we look ahead to 2017, there is continued uncertainty. While President-Elect Donald Trump has floated a list of potential nominees, it is still unclear when the vacancy will be filled and how it will shift the dynamics of the country’s highest court.

In February, the sudden death of U.S. Supreme Court Justice Antonin Scalia shocked the country and left a vacancy on the bench. While labeled a staunch conservative, Scalia’s impact on the Court’s jurisprudence was much more diverse. Scalia believed in a strict separation of powers and was a fierce guardian of the Bill of Rights. He also criticized judicial activism, famously remarking, “The Court seems incapable of admitting that some matters–any matters–are none of its business.”

President Barack Obama nominated Judge Merrick B. Garland to fill the ninth spot of the Court. However, Republican lawmakers in the Senate refused to conduct confirmation hearings, arguing that the vacancy should be filled by the next president.

Later in the year, Justice Thomas also made news when he became tangled up in Donald Trump’s sexual harassment scandals. An Alaskan lawyer alleged that Thomas groped her at a 1999 dinner party. Thomas characterized the claims as “preposterous” and maintained it didn’t happen.

In the wake of Justice Scalia’s death, the Court continued with eight justices. With an even number of justices on the bench, 4-4 splits were inevitable. In the event of a tie, the decision of the lower court is affirmed without creating a precedent.

In Friedrichs v. California Teachers Assn., which was arguably the biggest labor to reach the Court in a decade, the justices were unable to reach a consensus regarding whether union “agency shop” fees violate the First Amendment. The Court’s 4-4 split in United States v. Texas upheld a lower court’s decision that overturned President Obama’s executive action on immigration.

In other cases, the Court avoided a tie vote by being creative or deciding the case on very narrow issues. In Zubrik v. Burwell, which challenged the Affordable Care Act’s birth control mandate, the Court remanded the case back to the lower court with instructions that it should help the parties reach a resolution.

The Supreme Court was also a frequent topic of debate during the Presidential election. During the campaign, Justice Ruth Bader Ginsburg made it no secret that she did not like Donald Trump, calling him a “faker.” She later said she regretted her public comments, issuing a statement that read: “Judges should avoid commenting on a candidate for public office. In the future, I will be more circumspect.”

Trump took his own jabs at Justice Ginsburg and released a list of his 21 potential picks. The potential nominees, which have been criticized due to the lack of diversity, would shift the Court further right.

Despite all of the controversy surrounding the Court, the justices still had a job to do. Over the course of 2016, the Court issued several noteworthy decisions. In Evenwel vs. Abbott, the Court held that a state or locality may draw its legislative districts based on total population. In Fisher v. University of Texas at Austin, the Court held that the university’s race-conscious admissions program did not violate the Equal Protection Clause.

Justice Anthony Kennedy cast the deciding vote in several high-profile cases. In Women’s Whole Health v. Hellerstedt, the Court struck down two controversial provisions of a Texas abortion law. One required physicians who perform abortions to have admitting privileges at a nearby hospital, and the other mandated that abortion clinics in the state to have facilities comparable to an ambulatory surgical center. The Court held that the provisions placed a substantial obstacle in the path of women seeking an abortion, constitute an undue burden on abortion access, and therefore violated the Constitution.

The Court also issued several key decisions that impacted the business community. In Campbell-Ewald Co. v. Gomez, the justices held that an unaccepted settlement offer or offer of judgment did not moot a plaintiff’s class action claim. In CRST Van Expedited v. EEOC, the Supreme Court held that employers can recover attorney’s fees in suits brought under the Title VII of the Civil Rights Act of 1964 without prevailing on the merits.

As we enter 2017, the Supreme Court will continue to be a hot topic. President Trump will likely make his nomination soon after taking office, and the Senate will conduct its confirmation hearings. 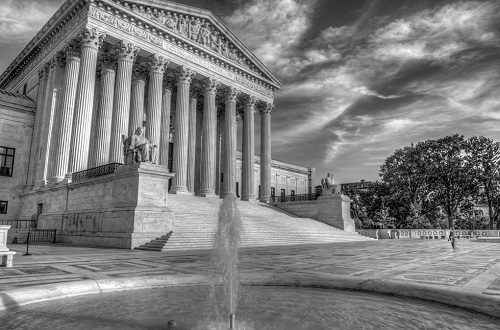