Apartment hunting after moving to New York nine years ago, Gordon McKemie had a single, very straightforward criterion for his new home—he wanted it to be as close to the subway as possible.

“My first apartment was in the West Village, and I picked it solely for its access to the subway,” he recalled. “It was two blocks from the 1, and I knew the 1 had an exit right where I worked, and that was the only thing that mattered.”

It’s a reasonable enough desire. Between track maintenance, “sick” passengers, and the other untold multitude of calamities that might befall a person’s commute, the last thing you need is to start your day with a 20-block trek to the train.

And yet, when searching last year for a new place, Mr. McKemie took the opposite tack. Instead of looking for a spot near the subway, he aimed to get as far from it as possible, ultimately settling on a duplex rental in what he called the “very lower east of the Lower East Side.”

What was behind his change of heart? In a word: Uber.

Ok, a few words, actually: Uber, Lyft, Via, Gett… The point is, Mr. McKemie said, competition among car apps had lowered prices to the point where motoring to work made more sense than taking the train.

“In terms of the commute, [a car] is more efficient and enjoyable,” he said. And, he noted, while the ride apps still cost more than a subway swipe, he could make up for any added expense through the rent he saved living off the beaten path.

“I found I could get much better value in places far from the subway,” he said. “I ended up moving a 1,300 square foot duplex that’s probably close to a mile from the train, and the price was way lower—probably half in terms of price per square foot—compared to some of the luxury buildings closer to the main Lower East Side subway stops.”

Ride apps are tying historically far-flung New York neighborhood more tightly to the city’s core and leading some customers to give them a harder look, said Neeta Mulgaokar, an agent with Mirador Real Estate.

“They’ve changed what the word ‘central’ means,” she said, citing the example a couple she recently helped find a place on the far reaches of the Upper East Side.

“They were a young couple,” Ms. Mulgaokar said, “and they told me, ‘Well, we’ve lived in central [Manhattan] for so long, we’d rather experience a new area together. And it’s going to cost the same to get around, because it’s now just as central thanks to Uber or Via or Lyft.'”

For Joachim Nahmani, the rise of cars apps has made the wilds of the far Upper West Side not just acceptable, but desirable. Currently looking to buy an apartment, Mr. Nahmani and his wife are targeting West End Avenue in particular. To an extent that’s due to the street’s classic pre-war architecture, but its (relatively) smooth traffic flow is also a major selling point, he said.

Mr. Nahmani works in finance dealing with foreign markets and typically starts his day around 5AM. He told the Observer he wants to be on a wide avenue with both north- and south-bound traffic to make getting a car to the office as easy as possible.

Previously, Mr. Nahmani lived on 72nd Street close to the Seventh Avenue express. “But now that I don’t take the train anymore, I don’t really care about going further west,” he said. “It’s way quieter and you have all the car services, so it’s really convenient for me.”

“I think the impact [of ride apps] in Manhattan is huge,” said Mr. Nahmani’s real estate agent, Raphael Aaron Sitruk of Keller Williams NYC. “People are going farther east, farther west, because they know they can get a car anywhere. I think it has definitely changed the way New Yorkers are making their [apartment] decisions.”

“Traditionally, if you were selling someone [an apartment] based on lifestyle, you were pretty much zeroing in on what was immediately in their vicinity,” said Zach Erlich, CEO of Mdrn. Residential. “They had to be in the West Village, for instance.”

“That’s kind of been thrown out the window,” he said. “People aren’t constricted by their physical location. They can pretty much hop in a car and be anywhere.”

Location is still important, of course, he noted, but the calculus of New York real estate has changed. “You can go live in a [less central] area in a brand-new space. You can take a car from, say, Avenue C, and be in the West Village in five minutes for a really minimal cost.”

Citi Habitats agent Wynson Ng had a recent client whose sole requirement for an apartment was that it be not too far from the Meatpacking District.

“Every apartment that we saw, she would stand there breaking down minute-by-minute how long it would take her to walk to the train station, take the train, then walk from that train station to the clubs she was planning to go to,” he said.

This meant that, as a basic matter of geography, she was looking mainly Downtown, and in some of the city’s priciest neighborhoods. “She refused to look at other areas, and the apartments we were looking at, she just wasn’t happy with,” Mr. Ng said.

After a few fruitless weeks, he came to her with a proposal.

“I was like, ‘If I can show you an apartment that will get you everything that you want in terms of elevator, doorman, and everything like that, and you can still get to the Meatpacking [using ride apps] in less than 20 or 30 minutes, and it’ll only cost you $5, would you be willing to look at the apartments that I want to show you?'” Mr. Ng said. “I was able to open her up to the Upper East Side. And that’s where she lives now.”

Ride apps can likewise be a boon for developers, especially those working in areas underserved by mass transit.

“I don’t know that I would say we’re looking at development [sites] that we wouldn’t have looked at if those apps didn’t exist, but they’re definitely value-add from the service perspective,” said Justin Palmer, CEO of Synapse Development, which has projects in Brooklyn and Upper Manhattan. “They are great from a marketing perspective, for sure.”

These buyers, he said, “are much more open to apartments that are farther away from transport, as long as they have the amenities.”

There’s little doubt that your New York housing dollars go further the farther you get from the train. For instance, an analysis published this summer by FiveThirtyEight.com found that, for one-bedrooms at least, rents go up $56 per month for every minute closer they are by subway to central Manhattan.

So sally forth all you urban pioneers. Get yourself a sprawling pad miles from the train and use the money you save on rent to fuel an Uber habit.

But what, you ask, of ride apps’ dubious contributions to the vehicle-clotted hellscape that is Manhattan’s traffic grid? If everyone decides to drive, will anyone ever get anywhere?

The Department of Transportation’s most recent Mobility Report found that traffic speeds in Manhattan’s Central Business District (south of 60th Street) slowed 12 percent between 2010 and 2015, while bus speeds citywide fell 2 percent over that same period, suggesting, in both cases, that congestion is on the rise. On the other hand, 45,000 fewer vehicles per weekday entered the CBD in 2015 compared to 2010. And a January 2016 study by the Mayor’s office concluded that ride apps, in fact, haven’t increased CBD congestion, as they are typically substitutes for, not additions to, traditional yellow cab fares.

For his part, Mr. McKemie said “traffic isn’t much of an issue.” He typically makes it from his apartment to his office in Midtown East in around 15 minutes. He said that he optimized his car commute by specifically looking for apartments near an FDR onramp.

Perhaps a bigger concern, for those who’ve come to depend on them anyway, is how long ride app companies will be able to keep the good times rolling.

At current prices, the business is wildly unprofitable, surviving only because a bunch of Silicon Valley investors have decided it’s a good long-term play to massively subsidize the transportation of barhopping young urbanites. (Thank you Public Investment Fund of Saudi Arabia!) In a recent post on Naked Capitalism, transportation consultant Hubert Horan noted that revenue figures provided by Uber to investors indicate passengers are “paying only 41 percent of the actual cost of their trips.” Last year the company lost $2 billion on revenues of $1.4 billion, which, to put it mildly, does not a thriving business make.

Eventually, prices will go up, expenses will come down (self-driving cars for the win!), or one day in the not-so-distant future we’ll all be sitting around recalling those few crazy years when you could get a cab ride across the city for the same price as a mediocre latte. It’ll be like the way people in 2003 used to talk about Kozmo.com. Remember Kozmo.com? No? Exactly.

But while you might not want to make any long-term housing plays based on the presumption that massively underpriced car apps are here to stay, you might as well enjoy them while they last.

“It has really opened up transportation in areas where it used to be difficult,” said Zachary Elias, listings manager and associate broker at DJK Residential. Mr. Elias lives in the Washington Heights, Hudson Heights area, which, he said, has become a ride app “hot bed.” 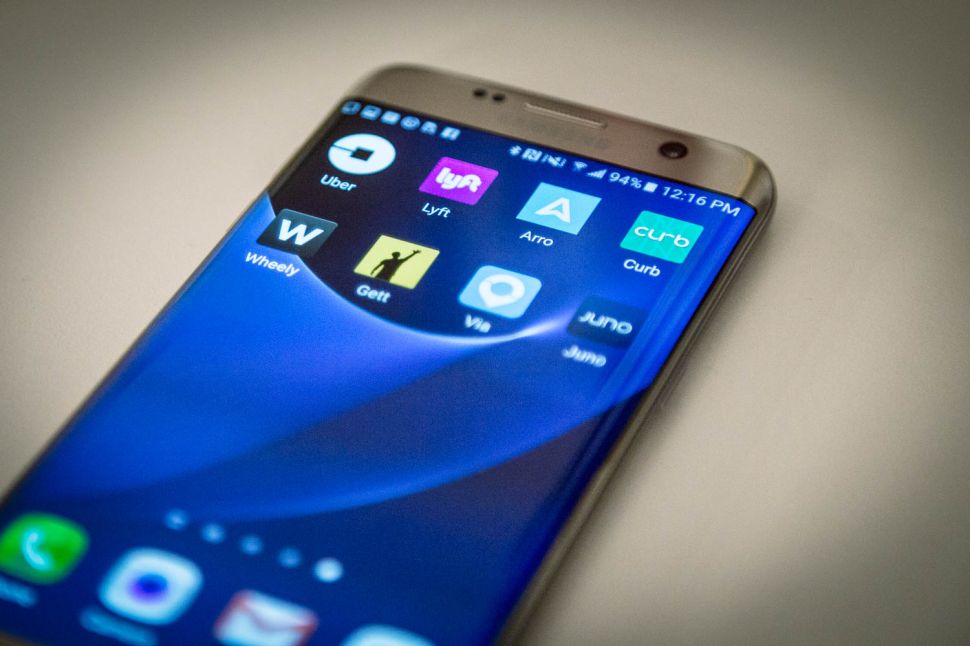