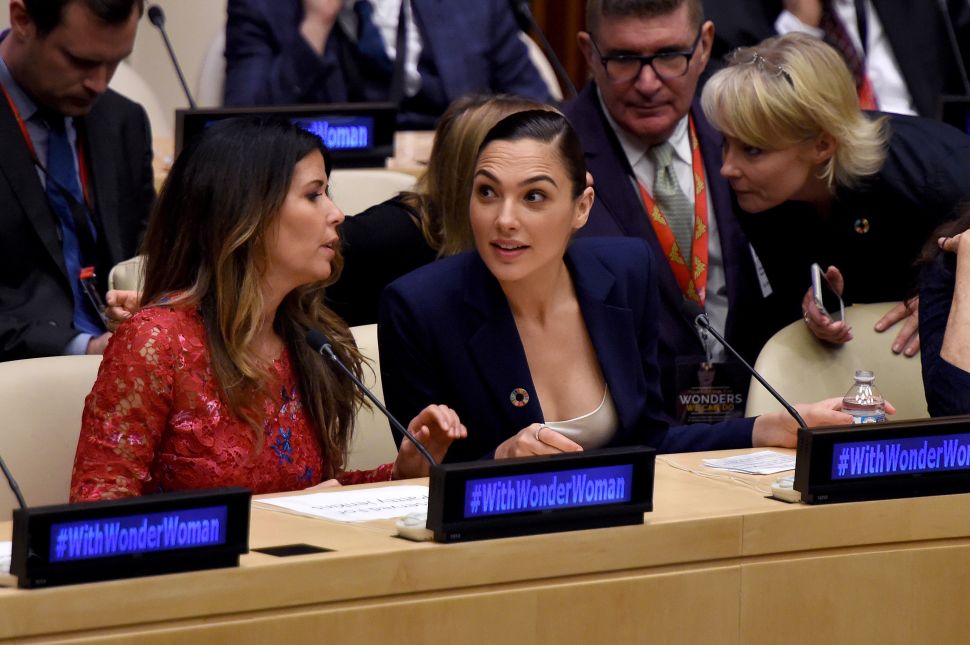 Director Patty Jenkins (L) and actress Gal Gadot attend a ceremony as the UN names the comic character Wonder Woman its Honorary Ambassador for the Empowerment of Women and Girls at the United Nations Economic and Social Council Chamber on October 21, 2016, in New York. Timothy A. Clary/AFP/Getty Images

It was announced yesterday that the United Nations has discontinued its campaign promoting Wonder Woman as an ambassador for equality and women’s rights after backlash expressed through nearly 45,000 signatures in an online petition protesting the character’s “current iteration.” That “current iteration” has most recently been portrayed on film by Gal Gadot, who I will readily concede is impossibly gorgeous, for her looks, her intellect and composure, and her two years of service in the Israeli Defense Forces.

It’s a sad sign of our neutered times that the UN so quickly acquiesced to an online petition supported by a tiny fraction of the people in the world, founded on arguments painfully laden with doublespeak and hypocrisy. Seeing the world’s highest diplomatic body tuck its tail between its legs at the behest of an Internet “mob” whose support could fit on the head of a pin is a troubling look toward the future.

To give you a very rough idea of just how pathetically minuscule the support behind this petition was, I tried to calculate the percentage of adult American women with access to the Internet who signed it:

Therefore: of the roughly 134,400,000 adult American women who regularly use the Internet, 0.00033482 percent took the time to sign this petition. For those who (like me) have to summon the Google Gods to refresh our middle school math memory, that means that out of every 10,000 adult women who regularly use the Internet in America, just three saw fit to make an issue out of Wonder Woman.

Beyond the yard-wide, inch-deep support this “heavy criticism” (Reuters’ words, not mine) elicited, the arguments presented are soaked in the hypocrisy of their own self-righteousness. The petition leads off with a scant reference to the “[intention of] the original creators…to represent a strong and independent ‘warrior’ woman with a feminist message” before exhaustively enumerating the physical and aesthetic attributes of the “current iteration” of Wonder Woman as disqualifying. The petition later goes on to decry the UN for choosing a “pin-up girl” to represent the important issues of “gender equality and empowerment of women and girls.”

So, in essence, what these people are saying is that we should promote a role model for women with a message of inner strength and empowerment—but it’s also totally fine to disqualify a potential role model because we think her looks are “overtly [sexual]” and “impossible.” Feminism for me, but not for thee.

Beyond that, these criticisms ignore the ways in which feminism has evolved over the years in exactly the kind of ways that make it okay for women to want to look good—whatever good is for them—but still be feminists who want full and empowered lives for themselves.

In particular, the use of the expression “pin-up girl” in such a negative way ignores popular online and cultural movements and groups like the Suicide Girls, which features models in all stages of dress and undress, with particular focus on women who might be considered “alternative” or outside of the “norm”—women who aren’t a size 00, who have short hair, or tattoos, etc. The point of groups like this is to empower women who, for decades, have been left outside of the fashion and beauty zeitgeist.

Further, the petition takes the UN to task for choosing a character with “an overtly sexualized image at a time when the headline news in [the] United States and the world is the objectification of women and girls.” Yet now, more than ever, we are supposed to be mindful of the scourge of “victim-blaming” and place the blame for the objectification of women where it belongs—on men who objectify women. In contemporary feminism, women are supposed to be allowed to look how they’d like to look without fear—but apparently not if they look too “impossible” or too “sexual.”

Considering all that is going on in the world today—the positively tragic siege on Aleppo, as just one example—canning Wonder Woman as the honorary Ambassador for the empowerment of women and girls should just be a blip on the radar. But that’s exactly the problem: the “heavy criticism” against this should have been, by the numbers and by all logic and reason, a blip on the radar. In spite of this, the United Nations immediately conceded to an Internet mob as itsy-bitsy as the breasts it claimed to speak out for. If this is all it takes to bully the world’s leading diplomatic body into backing down, how much faith can we really have in them to do anything to promote the critical issues of gender equality and the empowerment of women? 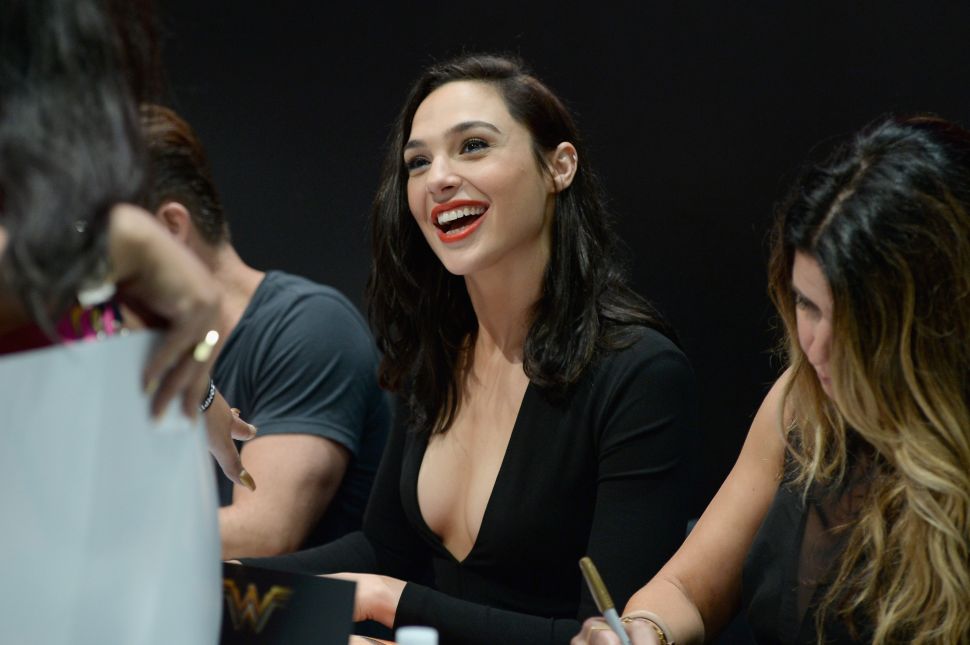