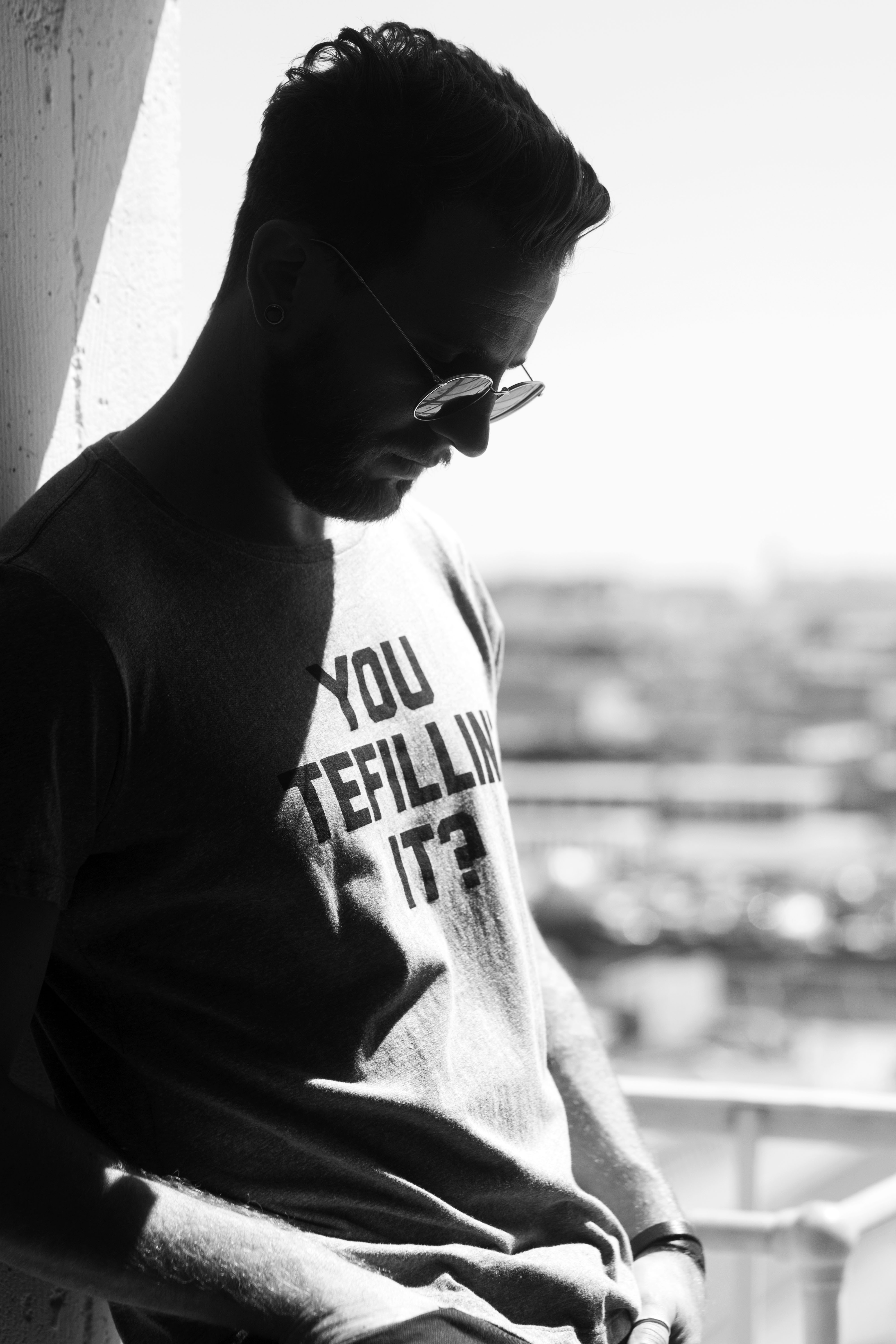 One of the most popular shirts sold by Unkosher Market. Ron Hogen

While there are Christmas present ideas aplenty, from dainty ornaments to hideous sweaters, it’s far more difficult to shop for Chanukah gifts that are far more elegant than a bag of gelt or a top with a dreidel. That’s where the Los Angeles-brand Unkosher Market comes in, by saving all eight days. The snarky, silly athleisure-influenced T-shirts feature witty, culturally Jewish sayings.

The brand most recently launched their men(sch) collection, ideal for shiksas attempting to impress their new boyfriend. Some of the most popular adages adorning the tees are “Sababa” for anyone went on Birthright, “Shvitz it Out” for SoulCycle sessions and “Big Matzoh Balls” if you need a slightly risqué top for a JSwipe profile picture.

To launch the latest collection, Unkosher Market created a grassroots, guerrilla marketing campaign with Snapchat geofilters. If you roll up to the homes of Drake, Seth Rogen or Larry David, specific filters will capture the moment and declare your locale. 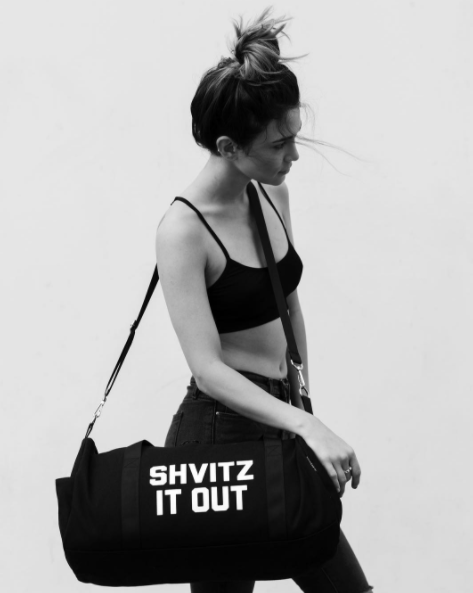 Unkosher Market was created by Shiran Teitelbaum and Alice Blastorah, after the pair, who worked in marketing, re-located from Toronto to Los Angeles. An L.A. friend was converting to Judaism, and they marked the occasion with an event they dubbed Jewchella.

“While everyone loved the bagels and schmear, the shirts we made were the real hit,” Teitelbaum told the Observer about the event. “Once photos of them surfaced on Instagram, everyone wanted to know where they could get them. The next thing we knew, Unkosher Market was born.”

The shirts have caught on because the mottos appeal to everyone (there’s even a “not in the tribe” tee). “My mother is Israeli, while my father is an Ashkenazi Jew. Because of my background, I’m able to write sayings that cater to different groups. While some Ashkenazi Jews aren’t familiar with the saying ‘sababa’ which in Hebrew is slang for cool, other sayings like, ‘you little horah’ and ‘big matzah balls’ seem to resonate with them,” Teitelbaum explained. Having a strong social media following has also helped the brainstorming process. They test their sayings on Instagram to see which resonate. 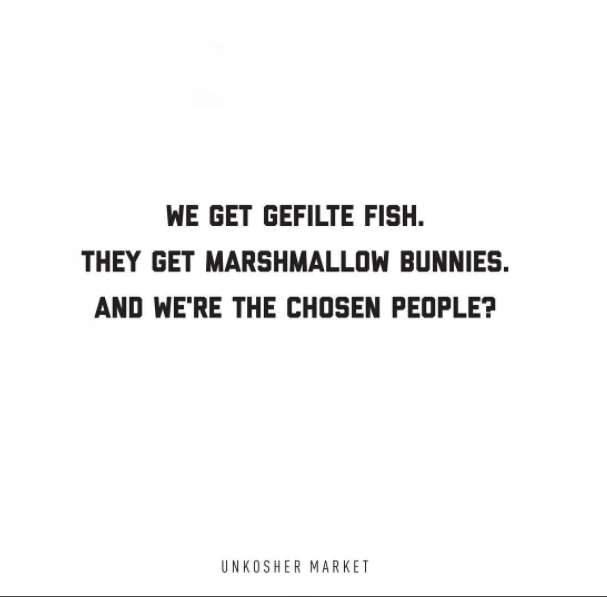 The brand is inspired by other Jewish cool girls, including the band HAIM and Man Repeller’s Leandra Medine. The aesthetic was also influenced by Lil Dicky, who started in advertising before becoming a rapper.

“Given that only two percent of the population in the US is Jewish, it’s super niche,” Teitelbaum admitted. Still, for those who need an ensemble for Birthright, Matzoball or a menorah lighting, it’s much chicer than wearing an old Hillel shirt. 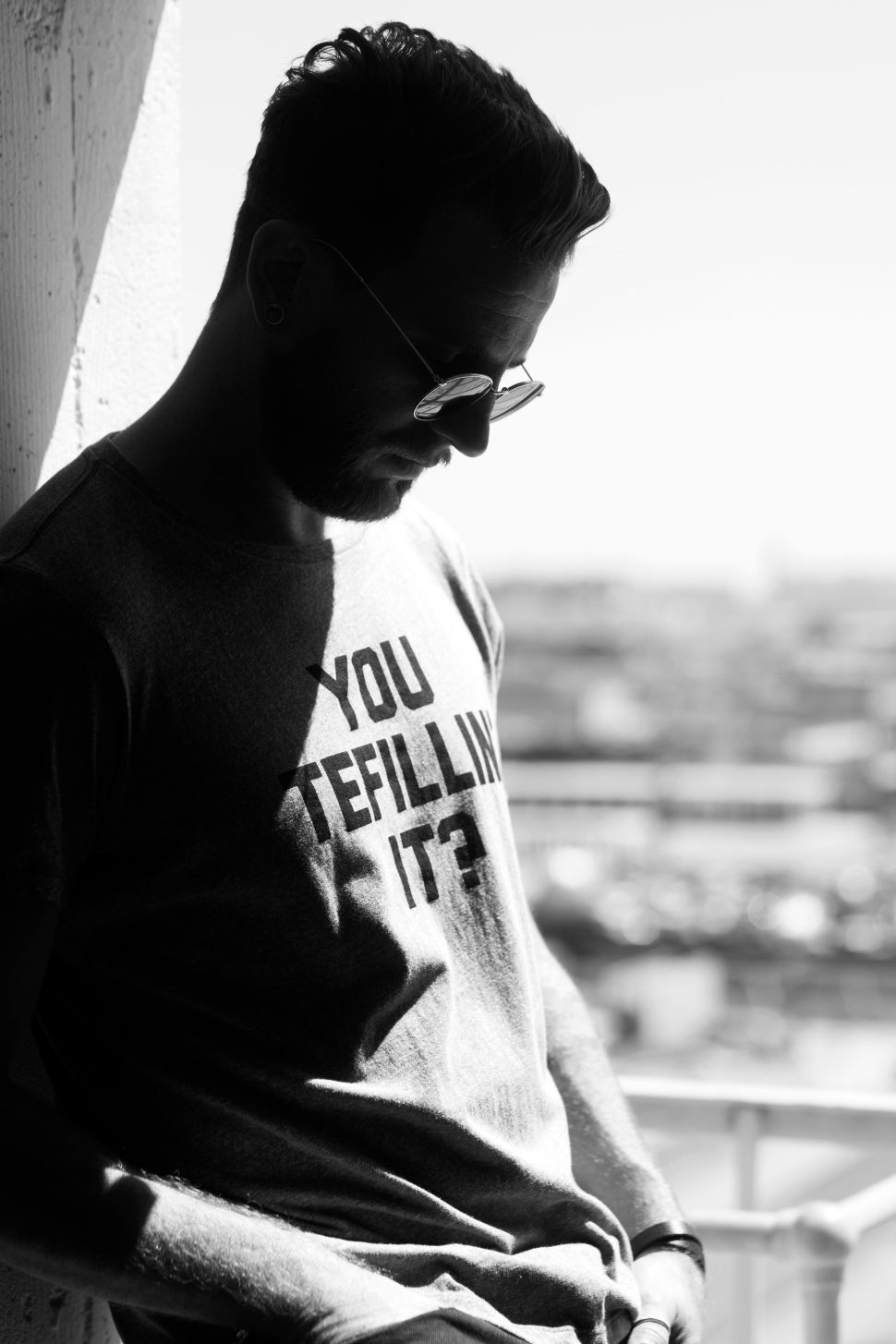