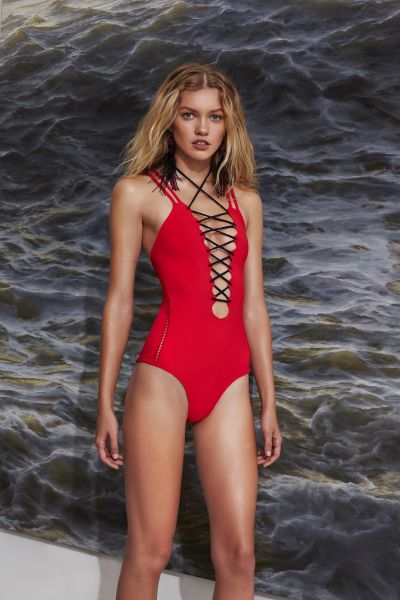 At the moment, you can’t walk out the door in New York without being armed with a heavy coat, a hat, a scarf, so on and so forth. But remember simpler, warmer times? We’re talking about the summer months, when the only accessory you need is a bikini…and a great pair of shades.

Luckily, Jonathan Simkhai and Oscar de la Renta are helping us conjure these sunny memories with two new swimwear launches. While Simkhai is simply adding bikinis and smart coverups to his current offering of cool girl dresses and lace blouses, de la Renta has a fresh collab to consider. However, both will look great in Tulum, St. Barths, Miami or anywhere your winter travels will be taking you. 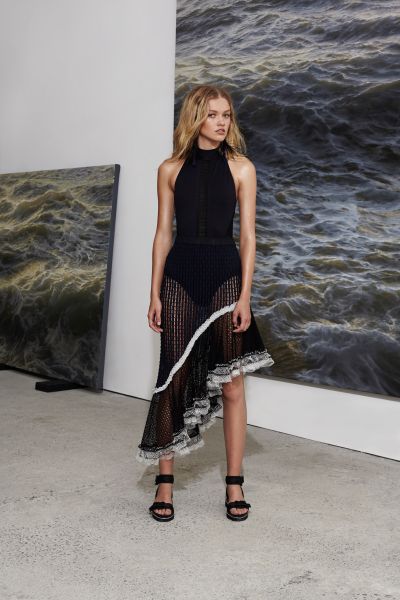 A coverup that’s ok to wear beyond the beach. Courtesy Jonathan Simkhai

Branching out into swimwear was a logical next step for Jonathan Simkhai, a designer who is known for curve-skimming dresses and a penchant for the creative use of anything lacy. Though his feminine brand bowed in 2010, he was really thrust into the spotlight following his 2012 participation in the CFDA Fashion Incubator program, and subsequent victory in the 2015 CFDA/Vogue Fashion Fund. As any young designer will tell you, having Anna Wintour’s nod of approval makes a world of difference.

So it explains why this New York-based designer is broadening his reach, starting with 40 bikinis, one-pieces and coverups that can easily take you from a seaside chaise to a poolside cocktail party. The designer intended to make this range “a natural extension” of his current aesthetic, resulting in sexy lace-up bikini tops and coordinating skirts, a black and white suit with keyhole cutouts and red lounge pants with a ruffled flare. 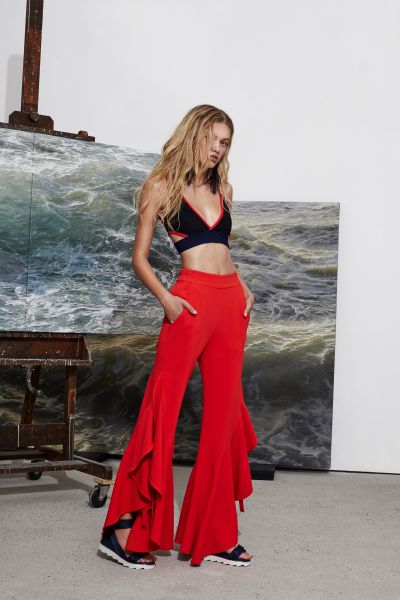 “My goal was to create pieces that were fully-styled while at the same time completely functional to give her an effortless look that works all day—taking her straight from the beach to an outdoor dinner party and anywhere she wants to go in between,” Simkhai said in a release. Also effortless about this collection, which will be offered three times a year, is that tops and bottoms will be sold separately, for plenty of mix and match opportunities. Simkhai also added in some functional features; the UV protectant suits can be thrown in the washing machine, happen to be wrinkle-free and chlorine-resistant, and perhaps best of all, they are anti-pilling.

If you’re already a fan of Simkhai’s sensual but cool designs, adapting these swimsuits into your beachside wardrobe will be a no brainer. Even if you’re new to the brand, a simple peruse through the crochet coverups, reversible caftans and pinstripe suit with button details, will transform you into an instant Simkhai fan.

Though it only includes six styles, the swimwear range that has come to fruition from Oscar de la Renta and Flagpole Swim is worth getting familiar with.

Made in New York from Brazilian and Italian four-way stretch fabric, these are pieces for the luxe beach-goer. The collection ranges from $450 for a vibrant cayenne-colored halter one-piece to $500 for a ruffled off-the-shoulder bikini style with a high-rise bottom. All of the silhouettes come in spicy hues of orange, black and white, plus a retro pop of gold.

They were also named after the muses of de la Renta, including Babe (as in Paley), Jerry (as in Hall) and Diana (as in Vreeland). As such, the designs are both timeless and retro, pairing de la Renta’s fastidious attention to graceful detail and Flagpole’s mastery of modern colorblocking.

Flagpole’s co-founders, Megan Balch and Jamie Barker, were honored to partner with the de la Renta team. “We have tremendous admiration for the house who for over 50 years has come to define elegance—a core value of Flagpole. Working with the Oscar team on these designs gave us the opportunity to experiment with new silhouettes and fabrications, and to incorporate ready-to-wear techniques not typically utilized in swim,” the 20-somethings said in a statement.

This collection is now available for for pre-order. But we recommend booking a vacation between their expected ship dates of February and March 2017; you’re going to want to flaunt these suits ASAP. 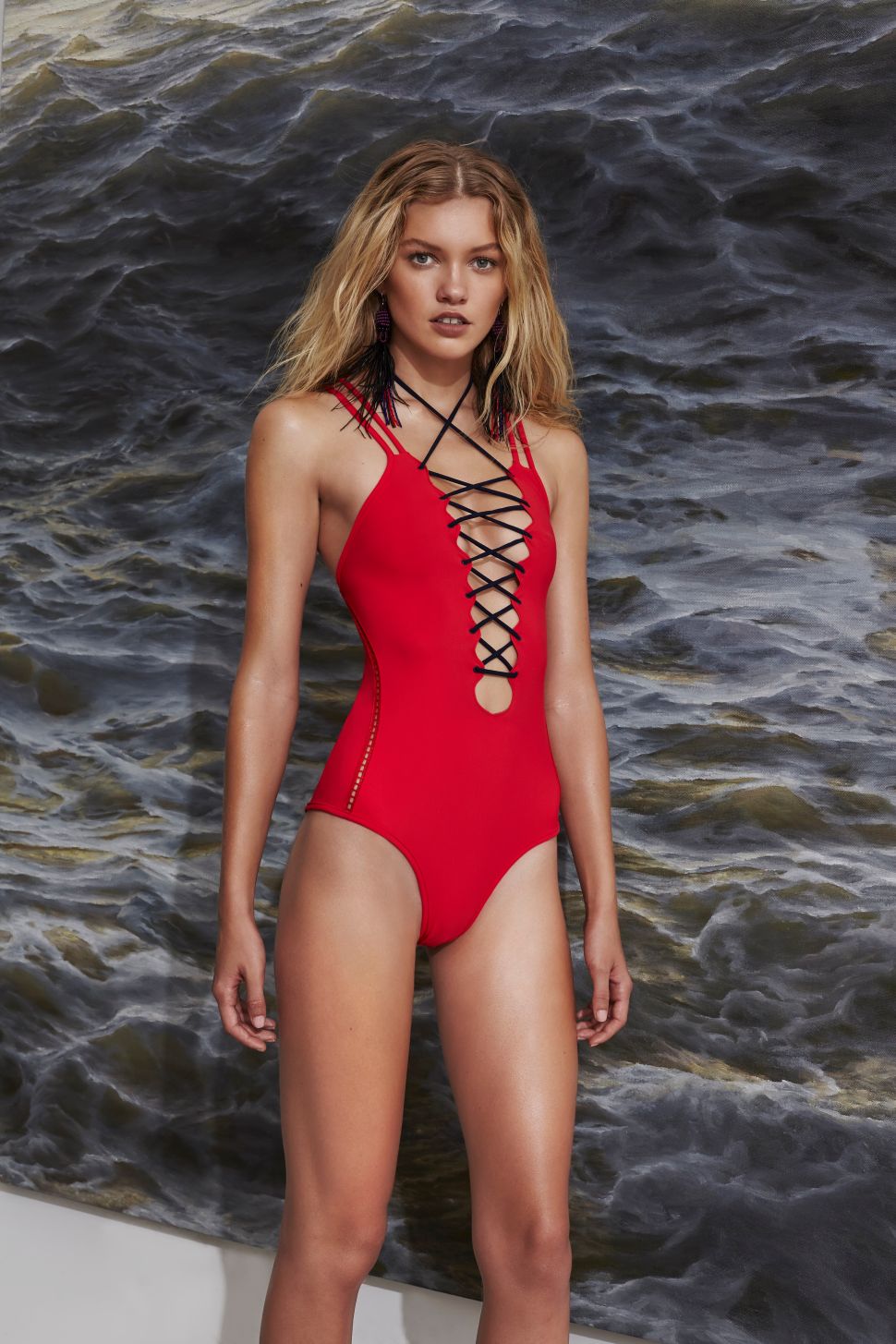