In 2015, Jon Ronson wrote an important and sobering book about the epidemic of public shaming brought on by social media.

It was a criticism of our cultural tendency to collectively gang up on and punish supposedly aberrant behavior like an offensive remark, a marital affair, an embarrassing photo, unacceptable beliefs or a lapse in judgment. It was undoubtedly a crisis for the last several years of social media—we were too strict, too united and too quick to enforce the social norms with disproportionately severe, life-altering punishments.

Does it not strike you, however, two years or so after publication, how quaint this criticism seems?

Because it occurs to me here on the cusp of 2017 that the idea of enough people in society agreeing on something being far enough ‘over the line’ to warrant real, shared outrage is more or less an impossibility. If a celebrity other than Alec Baldwin was caught calling a paparazzi photographer a ‘cocksucker,’ this afternoon, what are the chances that anyone would get that upset? Would we nearly drive them out of show business for being politically incorrect? If a young female PR executive was flying to South Africa next week and tweeted an offensive, poorly written joke about AIDS, I do not suspect that there would be life-changing consequences for her.

As absurd as those reactions were and as much as those impulses needed to be curbed, I’m not sure our new normal is any better. Because today we seem to be beyond shame—and beyond expressing joint opinions in even the clearest and most non-partisan of situations.

I’m no proponent of public shaming—I think the response to the Justine Sacco incident in 2013 was embarrassing and cruel. I’m just curious about what would transpire if the event happened today. Certainly, some people would find it in poor taste and be upset. But I also wonder whether a significant group of people, in response to those who tried to shame her, would take her remark literally and decide they actually support Sacco and. If she was so inclined, could she skip hiding out, fan the controversy and join the alt-right ranks? I half-suspect social media trolls might be floating theories about whether the photographer Alec Baldwin slandered really was a cocksucker or not. Instead of faux-outrage, we’d be looking at faux-intellectualizing—rationalizing, embracing the very thing that would have disgusted almost every reasonable person not long ago.

Instead of doing something about our public shaming problem, we’ve just balanced it out with trolling.

At least the paradigm of public shaming that Ronson captured and criticized so eloquently in his book relied on a set of shared beliefs. That some things weren’t OK. That there was a way to behave. That there were things people should not do. One shouldn’t give the middle finger at Arlington Cemetery. One shouldn’t run a prostitution ring out of a Zumba studio. One shouldn’t plagiarize or fabricate stories for attention or profit. One shouldn’t have an affair with the president (and one shouldn’t have an affair with a young intern). And as a general day-to-day rule, one should not berate other people in public, and then film it and post it online as though they’re some brave activist.

It’s hard to say that a visceral negative reaction to that kind of behavior is anything but natural and normal. The problem was what people did after. The problem was when journalists and mobs, desensitized by online tools, attacked the perpetrators without mercy until, in some cases, the victims nearly killed themselves. That’s not OK either. In fact, it was a punishment worse than the crime in many cases (especially since very little investigation or due process was involved in convicting the ‘criminals’ in the first place).

Today, I’m not sure that’s our problem. In 2007, internet audiences cruelly mocked Miss Teen South Carolina for her gibberish answer to a basic civics question. You could tell, even as it was happening, that she was embarrassed and knew it wasn’t going well—and later revealed that her time in the news cycle drove her to contemplate suicide. Last week, a sincere woman told a stunned CNN anchor that she believes millions of people voted illegally in California, which is laughably and demonstrably dumb. Like the Miss Teen USA moment, the clip went viral and and an alarming amount of people rudely mocked her. But the tone in that video feels distinctly different—the woman is almost smugly ignorant. She had little to fear in the way of embarrassment, because plenty of other people would and did rush to embrace the nonsense she spewed. Whether they were trolls or emboldened fellow idiots, the lack of any sort of consensus about the absurdity of an event that is a new development.

It’s a nihilistic post-shame world. It was bad enough when we bullied people for being stupid—but swinging back towards not even acknowledging what constitutes stupid might be even worse.

The embracing of all the things we ought to have previously and unequivocally said “nope” to is upon us: Think about the New York Giants re-signing a kicker who admitted to abusing his wife (and they stood by him and their decision making process after the scandal became public!) We just had an election where a candidate was caught on tape talking about grabbing women by the pussy, where a convention speech was plagiarized, and Gold Star parents were treated as fair political game. Try to wrap your head around the fact that there are serious allegations that this country’s election was tampered with by a foreign power and people just aren’t quite sure what to think about it.

Regardless of your politics, it’s impossible to honestly look at 2016 and not see that the old “line” was not only crossed, but obliterated.

Here’s an interesting experiment: If we exclude heinous crimes like murder or child abuse, can you think of any behavior or remarks that you could guarantee would be considered truly beyond the pale for a political or cultural figure right now? What’s the most offensive, career-ending, banished-from-society thing that someone could do in 2016? And are you positive it would actually have the effect you think?

If Bill O’Reilly called Barack Obama the n-word, is it still conceivable that there would be effective pressure to force him to resign? Would that be enough for Fox to push him out the door? If Steph Curry spit on a homeless person in the Mission District, would it last more than a day or two in the news cycle? If it was discovered that it was actually The Rock who killed Cecil the Lion, what would happen? If Mark Zuckerberg used the resources of the Chan Zuckerberg Foundation to stage a leftist coup in a small South American nation?

Honestly, is there anything we might all get mad about together anymore?

While that might seem like a strange thing to be forlorn about, it is in fact frightening to imagine a society in which shame is no longer a governor on behavior.

My question is whether this is temporary or a sign of what is to come? Because the prospects for a world permanently without a concept of a ‘line’ is scary. Perhaps after living in media and social media environment where for several years outrage was deliberately provoked and then weaponized, the adrenal glands are tapped. The nerves are deadened. The shared moral standards which once transcended political and socioeconomic borders is temporarily missing.

Or, it’s gone forever. And that’s why we can’t even stipulate basic facts anymore. Even in cases where we might otherwise be inclined to agree when it has been crossed, reality itself seems to be in dispute. Most people would not argue that trafficking in pedophilia would be anything but outrageous and disgusting. Yet here we are grappling with the so-called “Pizzagate” scandal. Where different people once may have come together in condemnation, in fact, they’re arguing again—not over whether it was wrong, but whether it even exists (in fact, there is zero evidence that it does). And course, the party who is convinced it happened is also convinced that the other side is so calloused that they’re ignoring the obvious (and in between are the trolls).

We’re so fatigued about shame that we’ve apparently decided it serves no purpose whatsoever. We’ve become so exhausted policing and shouting down every uncouth weirdo who disagrees with us that we’ve decided to dispense with social law and order all together.

I always thought online mobs were scary and dangerous. But this new normal seems just as scary.

We Don’t Have a Fake News Problem—We Are the Fake News Problem
Want to Really Make America Great Again? Stop Reading the News.
Exclusive Interview: How This Right-Wing ‘Troll’ Reaches 100M People a Month
The Real Reason We Need to Stop Trying to Protect Everyone’s Feelings
Peter Thiel’s Reminder to the Gawker Generation: Actions Have Consequences
The Cause of This Nightmare Election? Media Greed and Shameless Traffic Worship 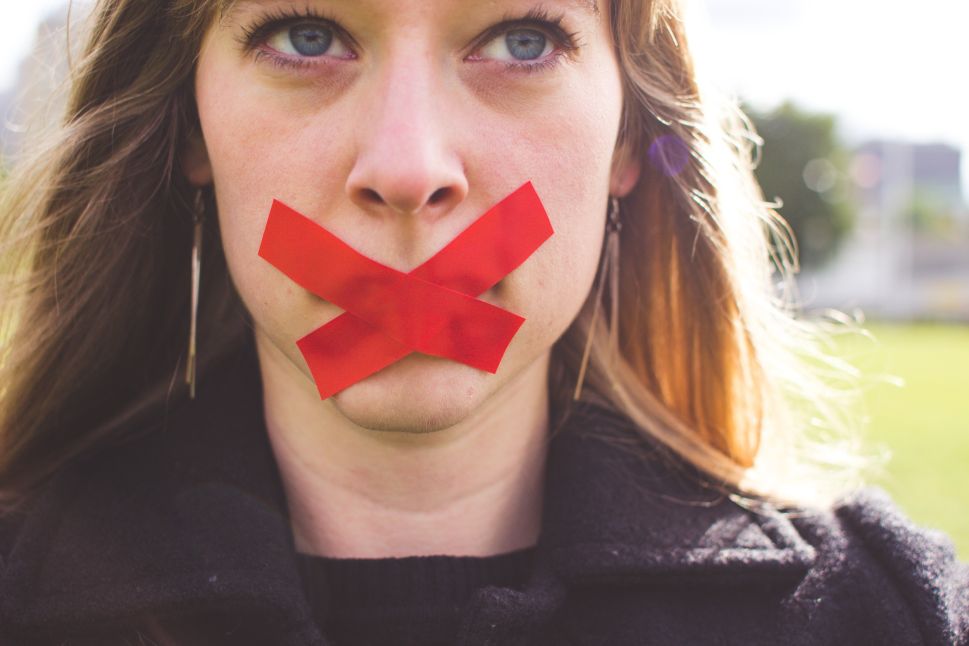