Google referral traffic has ever so slightly shrunk.

Web analytics firm Parse.ly published an interactive graphic last week showing that Facebook has overtaken Google as the chief referral source for web traffic. The news was widely reported, including on sites like Poynter and Fortune. Parse.ly’s graphic updates daily, and it currently shows that Facebook refers 40 percent of traffic to sites analyzed by Parse.ly, eleven percent more than Google’s search traffic.

Poynter’s take on this data was representative:

Bad news for publishers who built their strategy on search engine referral traffic: Google is now sending a smaller proportion of visitors to news sites than it did a year ago.

Without knowing how overall web traffic has changed, though, it’s not necessarily fair to conclude that a search focused strategy will be less effective. More on this below, but if overall referrals grow enough, traffic from Google could still grow, even as its proportion of referrals shrinks.

We followed up with Parse.ly to answer that question. The company has looked at overall numbers and found surprising results (that still may be disconcerting for publishers).

In other words, if a publisher runs a site that has been doing great with search (such as sites that do a lot of consumer guides that might be relevant for months or years), then that shouldn’t necessarily change because Google still delivers as much in real terms for posts like that as it ever has.

VanNest continued its Google analysis, writing, “Then we looked at all referrals (including those to homepages), and noticed that the number decreased by 4.6 percent.”

This is a surprising result. Every day, new people get online for the first time, especially thanks to the growth of the mobile internet, so one would expect overall web traffic should be increasing. On the other hand, sites like Facebook are working to keep people on their sites rather than referring visitors to the open web. Parse.ly can count views inside Facebook and on Google’s AMP system, however, provided publishers have properly integrated that service.

Large platforms have a strong incentive to hold onto visitors. For example, since 2012, Google has been earning more money from ads on its own sites than it has from ads displayed on other people’s sites.

The proportion without portion problem

This conversation helps illuminate why it is important for news consumers to be cautious about reports based solely on percentages or rates of change. A site that does particularly well focused on Google search engine optimization (SEO) might continue to do well if overall web traffic continues to grow.

Think of it this way: Imagine a world where there are only 100 people online, and each of those people visit just one news link each day across maybe a dozen news sites. Additionally, in this fictional world, there are only three sources of traffic: Google, Facebook and Twitter, and at the beginning of our story, Google accounts for 50 percent of traffic, Facebook for 40 and Twitter for 10.

So in a world where 100 people visit one link every day, that would mean that there are 50 total visits to news sites coming from Google each day.

But time passes. Our imaginary world gets more people online. Eventually, there are 200 people on the web, because Facebook has flown drones over disconnected countries. In this new world, people still only visit one news link per day, but more of them are using Facebook because its name is painted on the sides of the drones. So now Facebook drives 50 percent of traffic and Google only drives 40 (Twitter hasn’t changed).

In this second part of the story, Google still sends more traffic than it did before. In the old world, Google delivered 50 hits per day. In post-Facebook drone world, Google drives 80 hits. This example illustrates why a proportion can shrink even as a portion grows.

In another example, you could see a story about how, say, Vermont’s economy has grown faster than California’s. This could be true, but it’s also true that one percent of the economy of California is equal to roughly the entire economy of Vermont. So a tiny bit of growth in California equals a lot more new wealth than lots of growth in Vermont.

For web publishers, it turns out that Google referral traffic really has shrunk a bit, at least from Parse.ly’s vantage point, so it might really be time for publishers to look down the road when considering their traffic strategy. If overall referral traffic dips further, Google might soon deliver less in real terms than it has so far.

The real question media companies should worry about is how many people use the web and how much.

Correction: a previous version of this story errantly reported a drop in Google referrals as overall referrals. 12/19/16 3:30 pm. 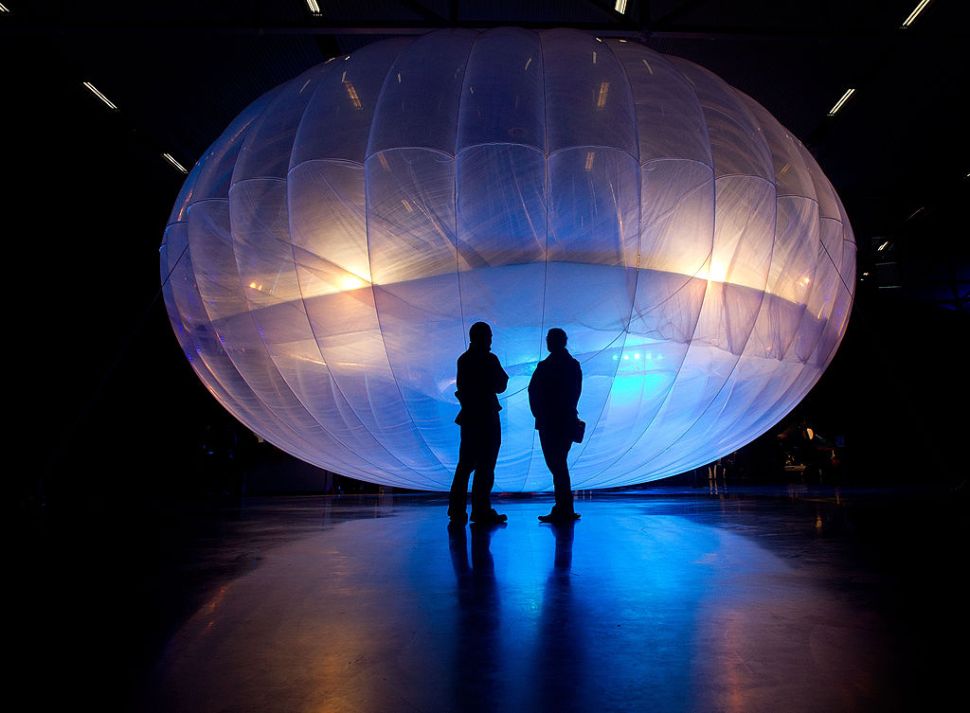