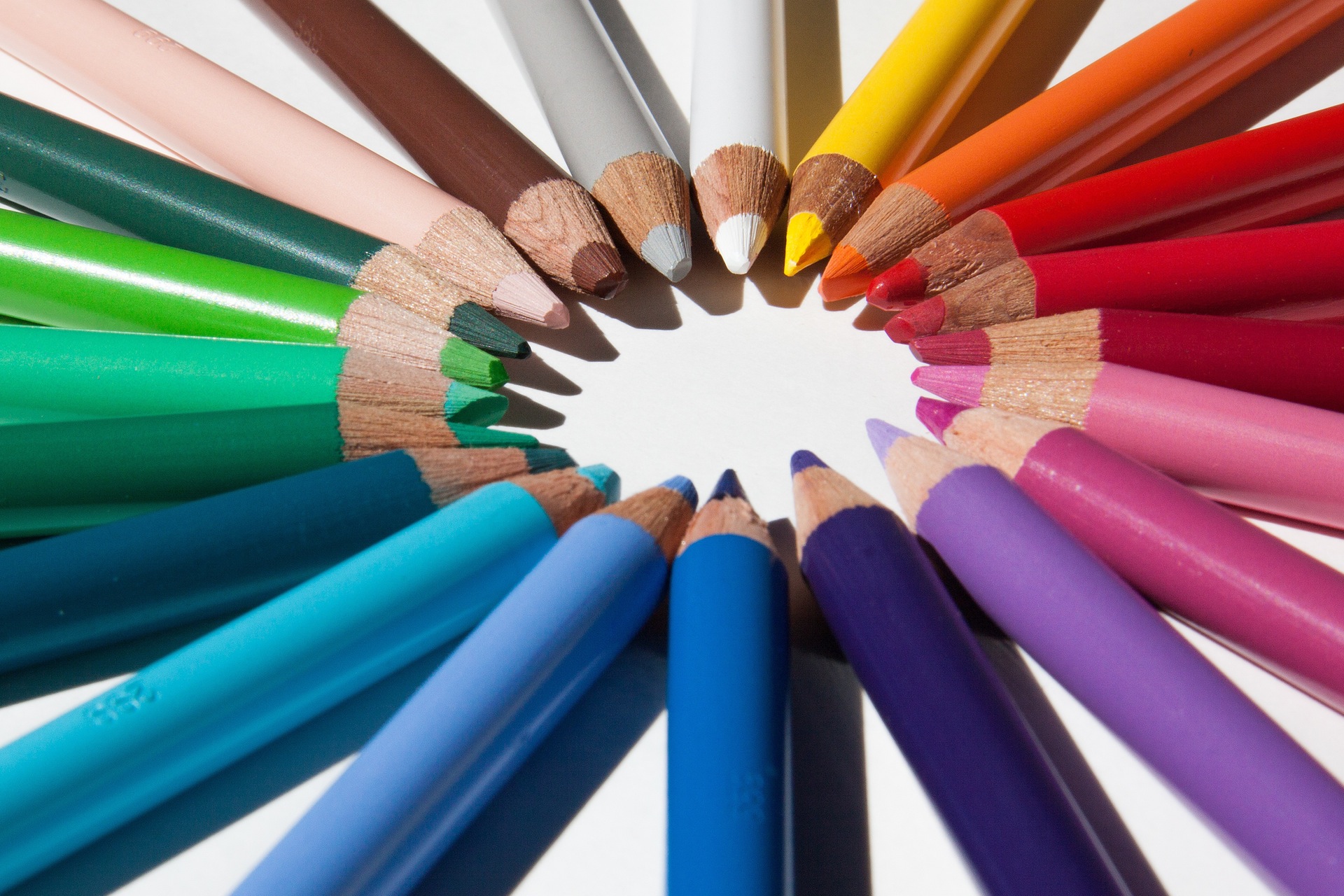 In life, there are plenty of crayons to color with. Pexels

The subject line read: “did you see this?” The message was from my editor Jen. “Nir, I saw the headline on this story and thought it might be written by you—but no!” she wrote. “Very weird.” I instantly clicked on the link she’d sent.

It was uncanny! An article written by Christopher Mele at the New York Times, freakishly similar to a post I’d written but hadn’t yet published.

My first thought was that I’d accidentally tweeted a link to my draft or published my post by mistake. It was as if someone had hacked into my computer or read my mind. Mele’s article used the same examples, cited the same research, and even linked to the same sources. I was so surprised, I sent Mele an email (though I’d never been in contact with him before), asking if he’d somehow read my draft.

Meanwhile, I rushed to post what I’d been working on, figuring this would at least prove I’d been writing well before Mele’s story appeared. Just then, Mele responded to my email saying he’d never heard of my work.

Of course he hadn’t. And upon further reflection, I felt pretty foolish. Whom was I proving anything to? Who really cared?

I’d gotten so worked up, fearing someone had copied my ideas, that I let paranoia get the best of me. I’d fallen into a cognitive trap.

People tend to believe ideas are rare things, gems to be collected and hoarded. But in fact the nature of creative work, be it corporate innovation, academic research, or artistic endeavor, tells us quite the opposite—that if a useful insight pops into your head, it’s most likely in other people’s minds as well.

Where I live, in Silicon Valley, there’s one sure clue when people are newbies to the tech community: they ask me to keep their ideas secret. Some entrepreneurs ask me to sign a non-disclosure agreement, an easy tell they haven’t been here long. With rare exceptions, few industry veterans sign NDAs for the simple fact that good ideas tend to come to different people around the same time.

It’s called the “multiple discovery theory,” which, contrary to the “heroic theory of invention,” posits that discoveries are most often made by multiple people, not by lone “geniuses.” History is littered with examples: the formulation of calculus, the discovery of vitamin A, the development of the telephone, the light bulb, the jet engine, the atom bomb.

“When the time is ripe for certain things,” the mathematician Farkas Bolyai said, “these things appear in different places in the manner of violets coming to light in early spring.”

In many ways, discoveries are inevitable, since innovation occurs as a result of the prevailing environment as much as it does via the inspiration of a prepared mind. As Kevin Kelly explains in his book What Technology Wants, “Each technological progression around the world follows a remarkably similar approximate order. Stone flakes yield to control of fire, then to cleavers and ball weapons…The sequence is fairly uniform. Knifepoints always follow fire, human burials always follow knifepoints, and the arch precedes welding.” Each previous generation lays the latticework for the next discovery, unearthing insights we are bound to discover.

In a world of inevitable simultaneous discoveries, there is no point to keeping most things secret. In fact, holding ideas close to one’s vest comes with unforeseen costs. For example, not sharing your insights frequently and widely means missing out on feedback. Most of the bad startup ideas I hear are bad not because they’re under threat of someone’s stealing the idea, but because the founder doesn’t know what he or she doesn’t know.

Sharing ideas means other people can show you your blind spots. Furthermore, overvaluing ideas makes us more likely to hold on to them, which in turn makes us more rigid to new and potentially contradictory evidence that might tell us to go in a different direction. Finally, idea fetishization blinds us to what’s really important—actually doing something useful with the idea! Ideas are easy, execution is hard.

The Law of Triviality

The British author C. Northcote Parkinson is famed for his “law of triviality,” first elucidated in a satirical article published in 1957. Parkinson writes of a committee assembled to approve plans for a nuclear power plant that instead spends most of its time arguing about a bike shed. The fictional committee wastes so much time on the bike shed because people are more likely to have an opinion on things they understand. While few feel qualified to speak about nuclear power, everyone can put in their two cents about a bike shed.

Triviality exerts its power in other ways. We have all, at one point or another, felt wronged by someone who has taken something from us. Like a child who breaks down crying after another kid swipes his crayon, we reflexively react, sometimes with strong emotion, before recognizing the triviality of the situation.

Perhaps the most vicious childlike reactions come from thought leaders. Whereas business results can be measured with money, credit for ideas as property is harder to quantify, and the fight for that credit can bring out the worst in people. I’ve lost count of the times I’ve heard someone disparage an academic or an industry colleague as a hack, a charlatan, or an idea thief. As the political scientist Wallace Sayre has been credited as saying, “In any dispute the intensity of feeling is inversely proportional to the value of the issues at stake.” Hence, we argue most about the things that matter least.

When it came to my essay, I realized I’d gotten worked up over nothing. My response looked even more ridiculous if you consider that both Mele (the New York Times author) and I cited other people’s ideas to make our points.

I should have been pleased that I’d written something a publication like the New York Times also thought was important. When I checked Twitter after publishing my post, I noticed a kind tweet from Mele: “@nireyal Very cool blog and post today. Sorry you got ‘scooped’ but does not diminish the information you conveyed.”

In life, there are plenty of crayons to color with. The wise child happily finds new ways to create something original. 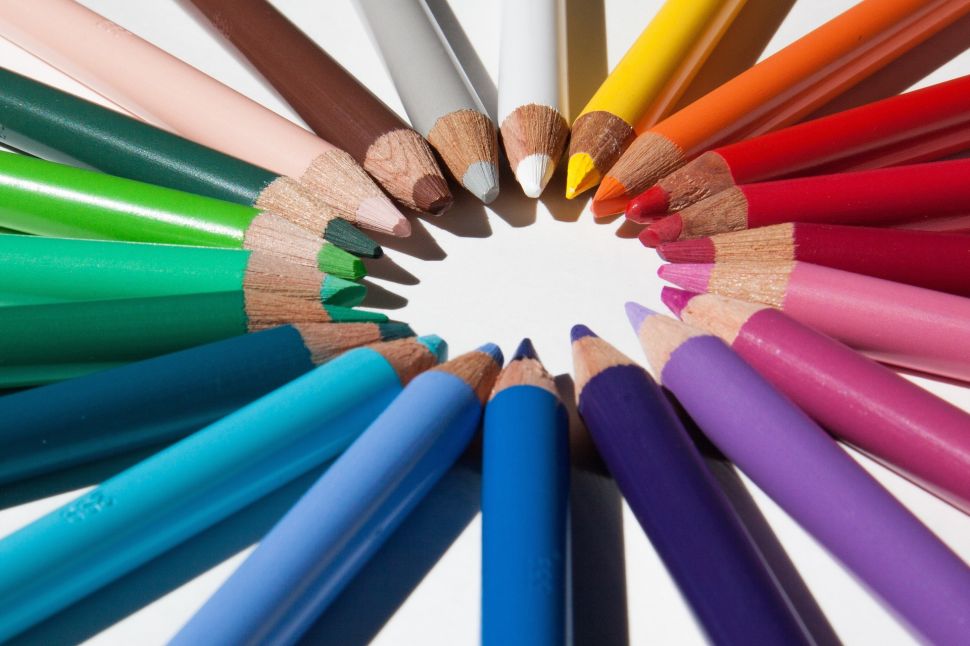