The most worrisome byproduct of Russia’s involvement in Syria is that Russia’s very presence has emboldened dictator Bashar Al Assad.

Russia now occupies a prominent place at the center of the theater of Syrian operations. That presence has given the strongman the confidence to act with more strength. Assad is now confident enough to admit that the situation enveloping his country and devastating his countrymen is dangerous. He is saying things that he would never dare to utter until now.

The worry is, that because of this new-found arrogance, Assad may attacking Israel. The attack would be retaliation for Israel’s most recent missile strike at an air force base just outside of Damascus. Israel’s “alleged” strike is the proper diplomatic term, because true to form, Israel has neither confirmed nor denied this attack or any of their operations. This policy is in place especially for situations like this-strikes at sensitive targets in Syria. This target was just west of Damascus, more specifically, a base housing weapons of mass destruction that Syria planned to hand off to Hezbollah.

Israel generally does not take sides in the Syrian conflict. When Israel does conduct a strike in either Lebanon or Syria it is for one of two reasons. Either to stop the transfer of weapons that could change the balance of power in the region or to stop activity that would allow Hezbollah to significantly improve their weapons cache. Destroying WMDs on their way to Hezbollah falls into both categories. Weapons of mass destruction in the possession of Hezbollah would not only alter the status of Hezbollah, it would alter the regional playing field. And so, allegedly, Israel launched a successful missile attack.

Perhaps Assad was calling Israel out, using the attack and his statement about it as a public relations device. The official reports might be paving the way for the Syrian president to justify his actions when, according to his own timetable, he strikes Israel. On the flip side, Israel’s non-committal policy could be a vehicle to allow Assad to save face.

Some people might ask why Israel used these surface-to-surface missiles when their cost is three to four times more than an ordinary missile fired from a fighter jet.  They both achieve the same goal. This, too, involves Russia. Russia has moved their S-300 and S-400 anti-aircraft weapons into place. These are highly sophisticated defensive weapons. Had Israel simply sent their fighter jets, it is possible that the Russians would have locked on to them. Surface-to-surface missiles can safely be shot from Israel into Syria, literally flying under the radar. Standard Israeli Jets would have been spotted and the Russians may well have passed that information to the Syrians in time for them to scatter and avoid being destroyed.

Syria knows Russia has not given them carte blanche to act against Israel. Assad is free to deal with the rebels as he sees fit. In other areas, he needs to tread more carefully.

Russia wants to avoid direct conflict with Israel. However, Russia-especially military officers in the field-might be very interested in determining Israel’s preparedness in case of attack. Israel’s readiness would certainly be measured if Syria and/or Hezbollah were to attack.

Some kind of Syrian retaliation is in the planning stages. And political leadership in the Kremlin might need plausible deniability, just like they had in March of 2015 after Russian MiGs locked on to Israeli jets.  At that time Putin explained it away telling Netanyahu that Moscow had no idea that such tensions were in the air.

Let’s hope that the answer to these questions is a resounding NO. 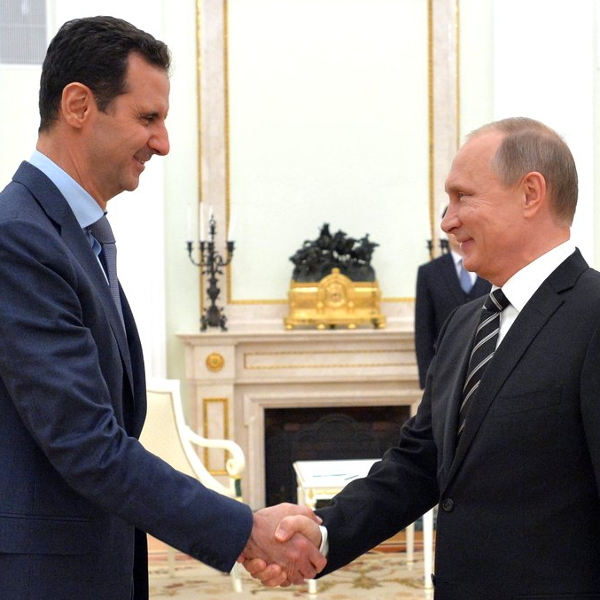