On May 19th Iran will go to the polls to vote for its president. This will be the 12th time in the history of Iran, ever since the revolution of 1979, that Iranians will be casting this ballot.

As of now, Hassan Rouhani, the incumbent, is running for a second term. Rouhani is a moderate. He won an election running on a moderate platform and has governed as a moderate. His crowning achievement as president of Iran was signing the famous nuclear deal in March of 2015, the deal that Donald Trump, while still campaigning for his own presidency, vowed he would rip up on his first day in office. For Iran the nuke deal was important. But even more important than the signing was the lifting of sanctions, because that’s what brought Iran back into the community of nations. Iran is now exporting oil, making money and buying the essential goods that had been, until a short while ago, embargoed.

Whatever you think about Iran, know this: Rouhani is definitely a political moderate, albeit an Iranian moderate. There is a world of difference between Iran’s definition of the term “moderate” and say moderate Republicans and Democrats. He is a moderate relative to the extremists. Compare him to his predecessor Mahmoud Ahmadinejad and the point becomes obvious.

Ahmadinejad has also expressed interest in running for his old job. He declared his intentions during appearances on TV and radio. But Iran being Iran, it is not primaries and polls that determine a candidate’s ability to run for office—it is the permission of the Grand Ayatollah. And when Ahmadinejad asked permission from the Supreme Leader, the Grand Ayatollah Khamenei, he was given a flat out “no.” Ahmadinejad made some further overtures at running but they, too, were quickly squelched.

While Ahmadinejad was once chosen by Iran’s Supreme Leader to be the political head of the country, over time Khamenei grew wary and weary of him and tensions emerged. So much so, that Ahmadinejad actually challenged the Supreme Leader on several occasions.

Rouhani was always a compromise candidate. He was the moderate that Khamenei thought would be able to bridge divisions in Iran. The Supreme Leader always knew that it was the lifting of sanctions that was so important for the country, not the nuke deal. From the outset, Khamenei has been ambivalent and quiet about the nuke part of the deal, his only interest and public statements were about lifting the sanctions.

There are those who claim an election in Iran is a sham. While they are not US-style elections, they are, however, elections. The Supreme Leader most assuredly plays an important role in tapping the candidate who will become president, but there are a series of essential steps that are required in Iran’s presidential election and they should not be overlooked.

Candidates must pass a series of tests. Each one is vetted by the Election Monitoring Committee of the Guardian Council and it is they who select the handful of candidates who may run for office. In the election of 2013, 680 people applied and the committee quickly narrowed it down to 8 candidates.

Candidates must believe in God and the official religion of Iran (Shiite Islam). They must be born in Iran and be over 21 years old. Candidates older than 75 years old are permitted to run, but only after receiving special medical dispensation from the Committee.

Until 2007, the age at which an Iranian could vote was 15, which was later increased to 18. Youth play a very large role in Iran’s elections, since more than 40 percent of the population is under the age of 24.

The timeline of elections is tight and the span is short. The election is scheduled for May 19 and candidates can only register between April 10 and 14, that’s 2017—not 2016! The final list of candidates is published 10 days later on April 24. Campaigning kicks off April 27 and runs until two days before the election on May 19. That makes the entire campaign exactly 20 days long. Results are announced the next day, and the inauguration takes place on August 1.

When Donald Trump rocked the world by winning the US election, Iran was as stunned as other countries.

In a survey that was conducted in Iran before Trump’s election, Rouhani was the hands down favorite for president. Newer polls put Ahmmadinejad back in the game when he and Rouhani run in an open field with six other candidates. In those polls, Rouhani is up by six points, taking 27 percent to 21 percent for Ahmadinejad. Considering that Ahmadinejad has been declined as a candidate by the Supreme Leader, the moderate candidate and sitting president Rouhani faces a potentially difficult race for another term.

Given the new occupant of 1600 Pennsylvania Avenue, it is unclear how the Supreme Leader and the rest of Iran will react in their voting booths on May 19th. 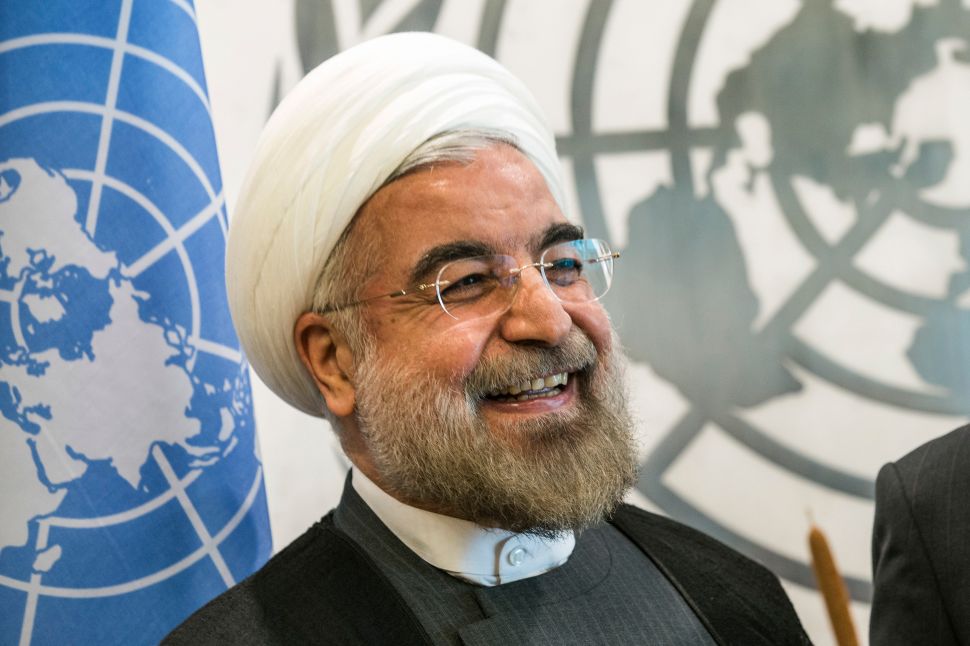