Wolfgang Puck might be known best for his 25 eateries around the world, but he recently stirred up New York’s culinary scene with the opening of CUT, his first restaurant to open in The Big Apple.  Given his far reaching appeal and eponymous empire that includes a line of kitchenwares and seven cookbooks, it’s hard to believe that this is his first permanent outpost in New York City.

Puck’s new hotspot is an extension of his tried and true brand formula: good meats and even better atmosphere. “When we got the opportunity to open CUT at the new Four Seasons Hotel New York Downtown, the timing and location finally made it right for us to open a restaurant in the city,” he said during a recent visit. “We’ve had other opportunities in the past, but either the location was wrong or the timing of it was wrong. But this time, I knew it was right because of our great existing partnership with the Four Seasons, as well as the amazing revitalization that downtown has seen. This neighborhood has never been as exciting.”

This sixth iteration includes interior decor by French designer Jacques Garcia, and artwork curated by a special someone very close to the chef. “My wife Gelila curated the artwork,” Puck said. “She commissioned this diptych by Alex Israel called The Chef to be the focal point in the main dining room, as well works by Julie Mehretu and a neon by Tracey Emin.”

While you’ll be surrounded by priceless art while you dine at CUT inside of The Four Seasons Hotel New York Downtown, you’ll also be treated to near priceless cuts of meat. “We have put a contemporary twist on the classic steakhouse,” the renowned Chef said. “Our menu is built around showcasing the finest beef available, from Japanese Wagyu to Snake River Farms American Wagyu and prime beef from many other great farms. In addition to the food, the atmosphere is an important ingredient in creating a great dining experience for our guests.” 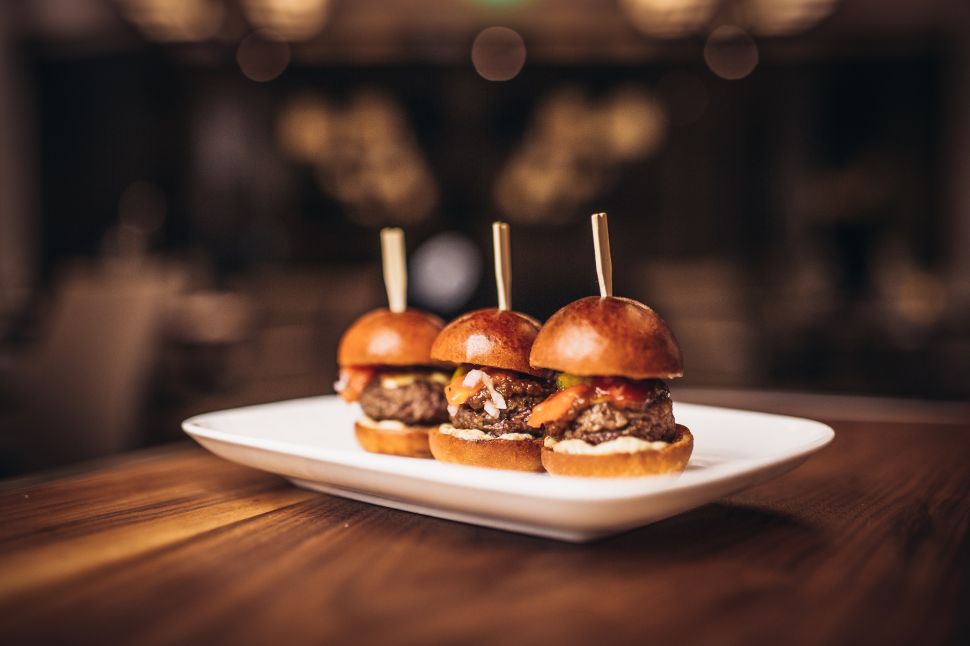