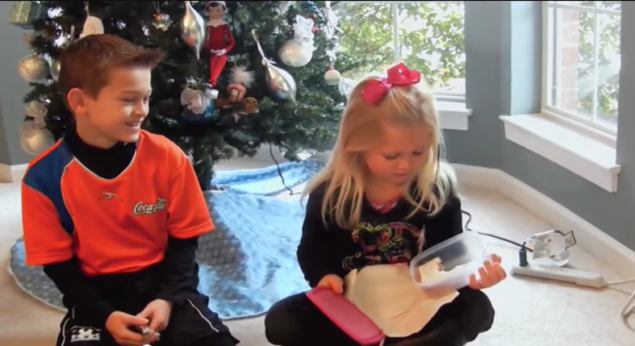 Jimmy Kimmel has challenged parents to gift their kids terrible presents and record their reactions for his show. A clip of a little boy unwrapping an avocado (as part of his parents’ plan to teach him to be grateful for all gifts) is one of the most viral Vines of all time. But while terrible gifts have become a viral sensation, they’re very much a real thing bringing people down on the holidays.

A new Ask Reddit thread that asked people to tell the stories of the worst last-minute gifts they’ve ever received is serving as a reminder of this today. The thread asks, “Reddit, What’s the best (or worst) last minute gift you’ve ever given or received?” but nearly all the responses describe unbelievably awful gifts.

My girlfriend found a barely-used shoe polish kit in the closet and wrapped it and played it off as a new purchase. It had originally been gifted to me by my ex, and the original birthday note was still tucked in the box… —RickDangler

2) Used and abandoned sex toys are not gifts

Someone once gave me a butt plug they found on the ground outside. Twas a merry christmas for all and for all a good night. —spoofr

3) This is not how you gift fruit

My grandmother gave me a pineapple, wrapped in newspaper. She told me she didn’t use real gift wrap because it would just take away from the value of the real gift. That same year my brother got a Discman from her. She had favorites. —iouoneusername

4) This may be the worst one

My brother once owed me $300. For Christmas that year my mom gave me $300 to ‘erase my brothers debt.’ Guess who also got $300…my brother. He essentially got $600 for Christmas and I got money that was already mine. —p1gswillfly

5) This one is just weird

My first christmas with my ex-wife (fiance at the time), my future mother in law gave me a jar of Miracle Whip. My confused look prompted her to tell me that Amber (ex) loved Miracle Whip, and regular mayonnaise wouldn’t do. I would have looked around for cameras doing a commercial, but her house was too cluttered for any company to want to film something there. I should have gotten out. I should have known then, walked out, and saved myself 11 years of marriage to a truly idiotic, pampered princess. Fuck you Miracle Whip, I still love you, and you’re still all I buy today. —saguss1

6) Maybe it will come in handy?

For my birthday one year my big present was a disposable emergency rain poncho. —resbit77

My best friend got me a bottle of whiskey and a packet of powdered white sauce. They were in the same gift bag, there is zero relation between moderately priced scotch and what I believe is the sauce you use to top lasagna. To this day I have no idea this gift was intentional or not. —ionwesker

8) It’s the thought that counts

I very proudly and with great ceremony presented my mom with a clumsily-wrapped box of tampons – which I’d taken from her bathroom cabinet – in front of all her friends. Four-year-old newtfig had not really gotten the hang of presents yet. 30-year-old newtfig is still living it down. —newtfig

9) At least half of this is useful?

Not me, but hard to beat this one. Back in 1950s, my father and his brother were kids, and poor. Their grandfather gave one brother something shiny and awesome and new (I don’t recall what. I imagine an airplane). My father got a small wooden box containing a hardboiled egg and a used (worthless) stamp. Thus a family legend was born. P.S. Yes, the grandfather was not nice. —aliengerm1

One of my friends borrowed a pair of socks from me then gave them back 2 years later as a “gift” on Christmas. —toxicbox 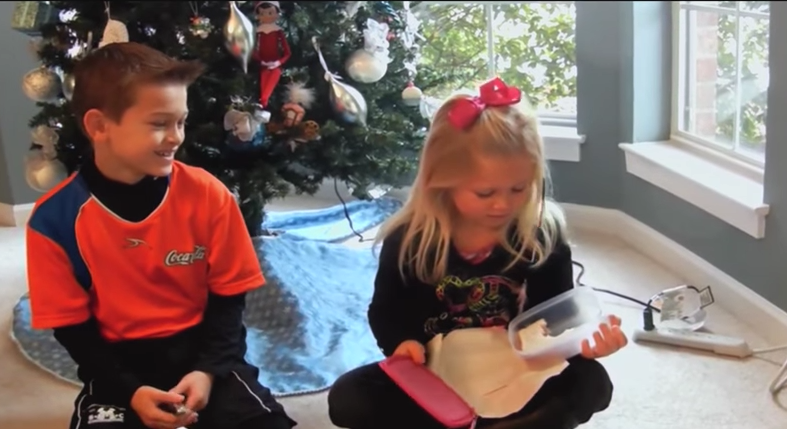