Even as she contests the election of Donald Trump in several states, Jill Stein faces some criticism for ciphering votes away from Hillary Clinton with her third party candidacy. However, write in votes always have the possibility of playing spoiler as well.

State law governs the names that can appear on ballots, with restrictions aimed at presenting only the most serious candidates to the voters. Under most state ballot access laws, there are three ways to become an official candidate. The first is to win the nomination of the Democratic or Republican party, while the second is to run as an independent. Getting on the ballot as an independent requires filing a petition in each state and the District of Columbia. In New Jersey, candidates seeking the presidency as an independent must obtain 800 signatures, which is one of the lowest petition signature requirements in the country.

The third option is to run as a write-in candidate. Nine states — Arkansas, Hawaii, Louisiana, Mississippi, Nevada, New Mexico, Oklahoma, South Carolina, and South Dakota — completely prohibit write-in voting for presidential candidates, according to Ballotpedia.org. Thirty-four states mandate that presidential write-in candidates file certain paperwork prior to the election in order for their votes to be counted. The remaining states, including New Jersey, do not have any requirements for write-in candidates. Voters could name anyone from Mickey Mouse to Gov. Chris Christie as their presidential choice.

Winning as a write-in candidate is always a long shot, but that doesn’t mean it can’t be done. In 2010, Senator Lisa Murkowski was reelected to Congress after waging a successful write-in campaign. Sen. Murkowski was forced to run without her name being printed on the ballot after losing the Republican primary to a Tea Party Candidate. She ultimately beat the other two candidates by 10,000 votes.

The first (and arguably most famous) write-in candidate for the U.S. Senate was Strom Thurmond, who was elected to represent South Carolina in 1954. While running for a third term in Congress, South Carolina Democratic Senator Burnet Maybank unexpectedly passed away just months before the November election. Rather than hold a special primary, the state’s Democratic party leaders tapped 66-year-old state senator Edgar Brown to fill his place. The move outraged voters and prompted Thurmond, the state’s former governor, to enter the race as a write-in candidate. If elected, he pledged to step down before the next primary election.

Thurmond was elected with 63 percent of the vote. He later fulfilled his campaign promise and resigned in April of 1956, allowing the voters to freely decide who would represent the state. He went on to win the election and served in the U.S. Senate until 2003.

While the speculation that Donald Trump’s Presidential election victory could be overturned is exciting, it is unlikely. Trump’s victory certainly won’t be clouded by any write in votes that may have been cast in the contested states. 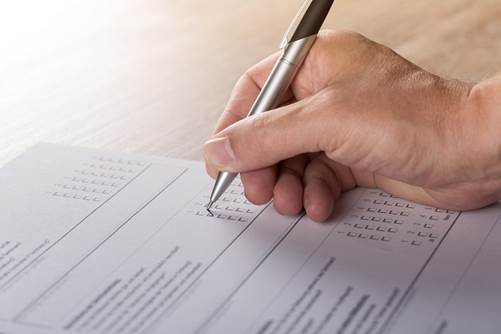