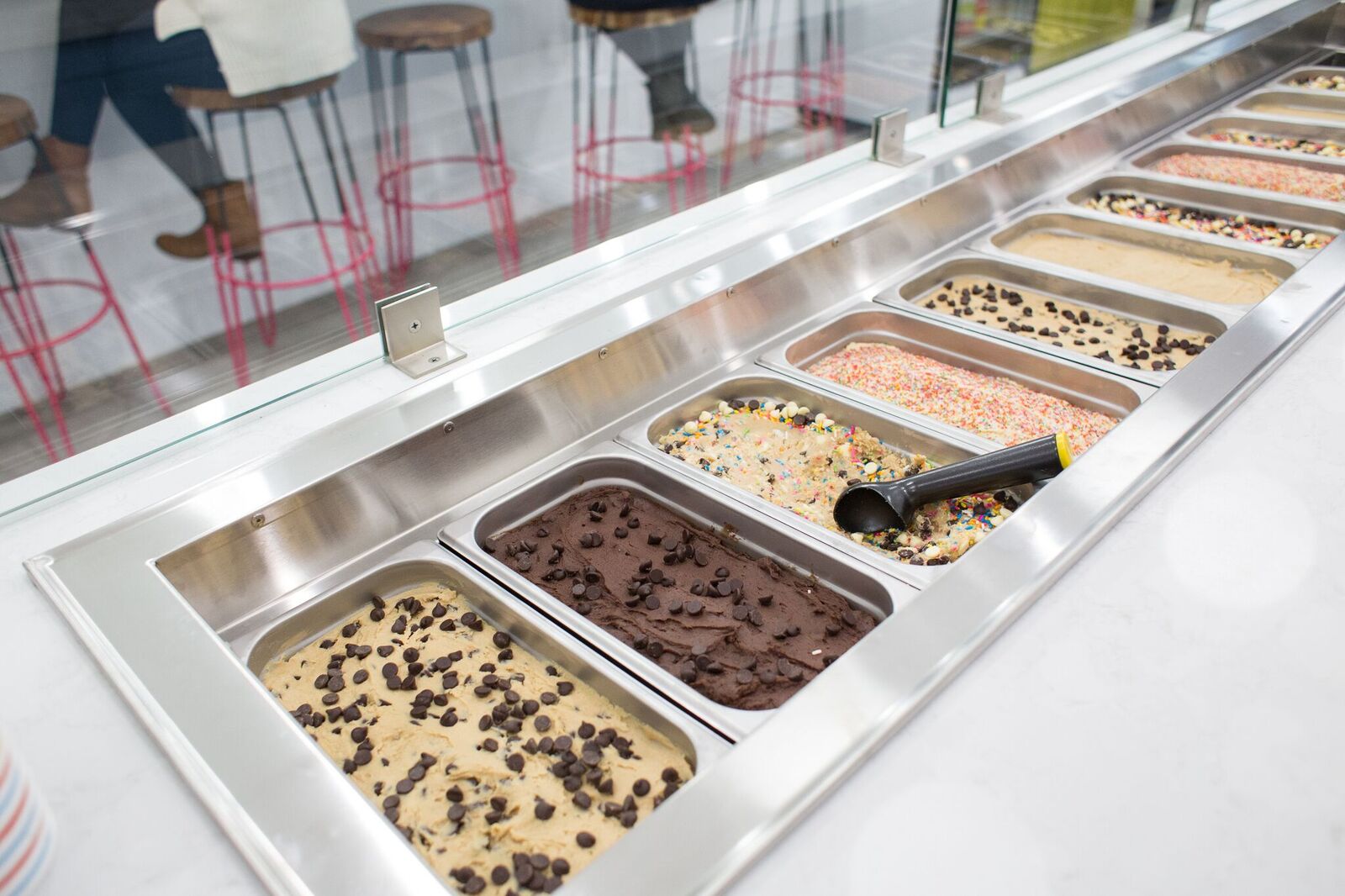 Eating cookies fresh from the oven is satisfying, but most people would argue that licking the bowl clean is far superior, albeit dangerous, at least according to parents everywhere. Now, everyone in New York City gets the chance to partake in the once forbidden act, as cookie dough confectionery DŌ (pronounced “dough”) opens the doors to its shop in the West Village.

DŌ founder and CEO Kristen Tomlan grew up helping her mother in their St. Louis, Missouri kitchen. She soon became the “resident baker” of her family. “Cookies were one of those things where half the time they wouldn’t make it to the oven. I loved just eating the cookie dough even though you really weren’t supposed to,” Tomlan told the Observer.

The initial concept for DŌ was conceived in 2012. Tomlan came up with the idea for DŌ in 2012, but she didn’t begin developing the business plan, with help from her husband, until 2014. A year later Tomlan officially launched DŌ as an online business, selling tubs of edible cookie dough on Instagram. The sprinkle and chocolate chip-filled feed gained thousands of sweet-obsessed followers that year; the account now boasts an audience of more than 55,000. 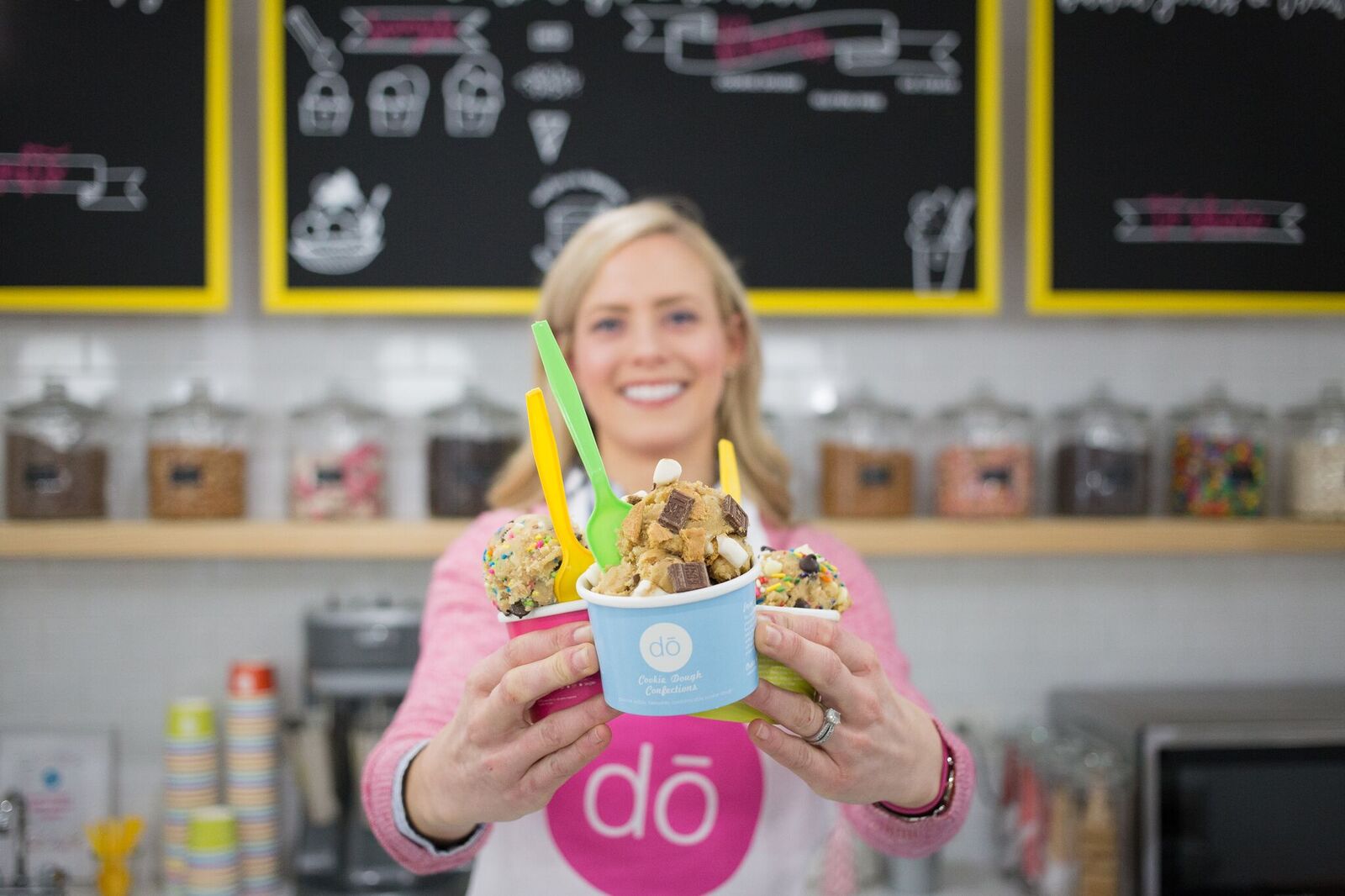 On the company’s first Valentine’s Day, Tomlan realized the business was taking off faster than she had expected. Orders were coming in continuously, and at the time she still had a full-time corporate job. “I just didn’t sleep,” she laughed. “I couldn’t deal with working all day…and then working another full-time job. So, it was time to make the switch.”

Despite her e-commerce success, Tomlan’s always dreamed of opening up a shop in Manhattan. “Our original location [on 2nd Avenue] was just intended to be our kitchen. We were growing out of the space so quickly, we knew we had to make a move of some sort. Our walk-in traffic was really picking up, so we knew we had to expand on the concept and have an entire retail space dedicated to cookie dough,” Tomlan said. However, she isn’t the first person to capitalize on this uncooked treat; The Cookie Dough Café has sold their products in select supermarkets and online since 2011, following stint on the ABC show Shark Tank. 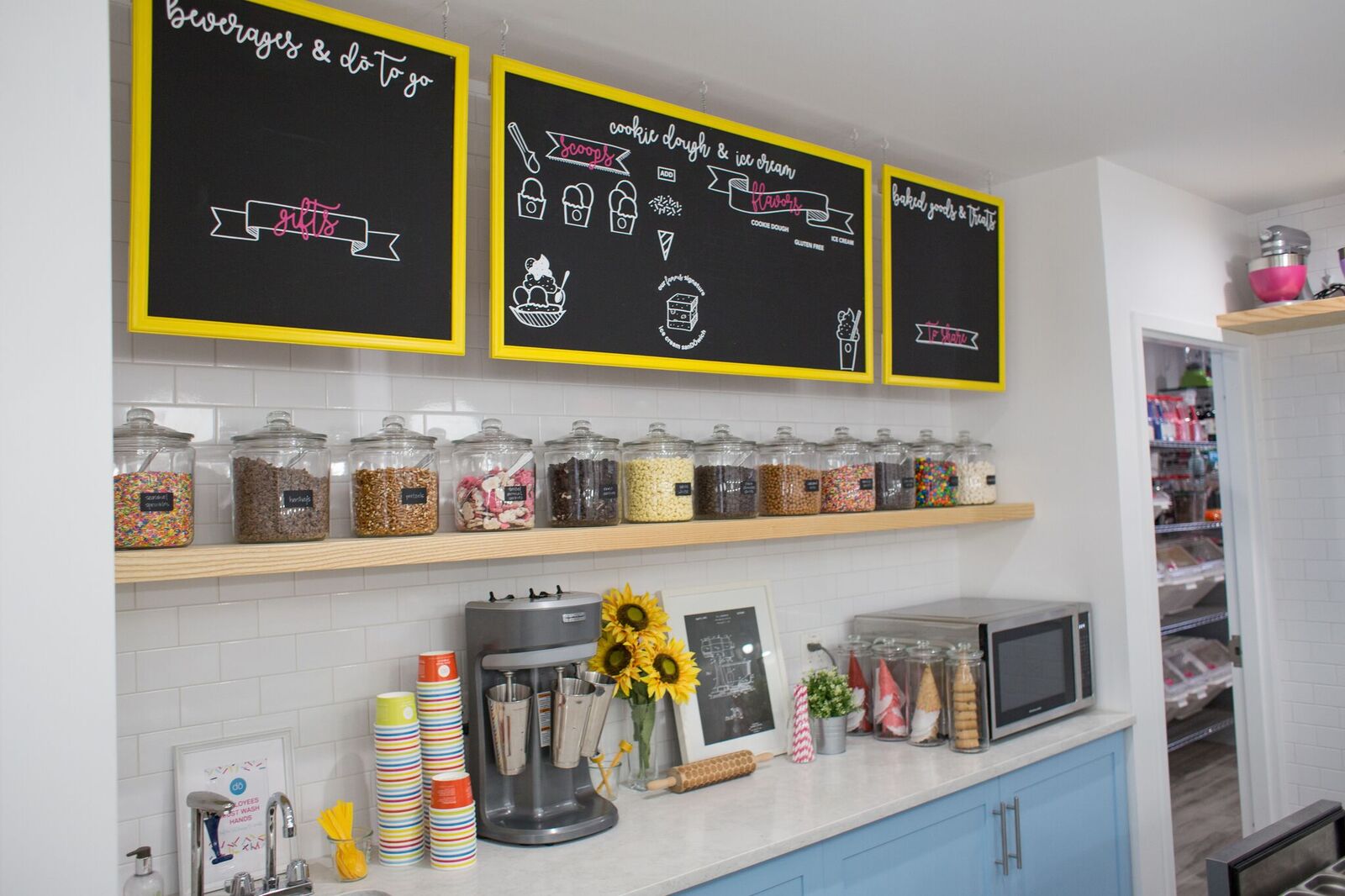 Like a fro-yo spot, there’s a toppings wall. Dina Coloma

What sets Tomlan’s product apart from the competition is that DŌ is not only edible, but “bakeable and customizable,” as well. They offer a wide variety of flavors, from “CommanDŌ,” which is “straight up naked signature cookie dough,” to “Gimme S’more”—a combination of the signature cookie dough, Hershey bars, toasted marshmallows and Graham Crackers. And because Tomlan has a gluten intolerance, she found a way to create gluten-free and vegan options. 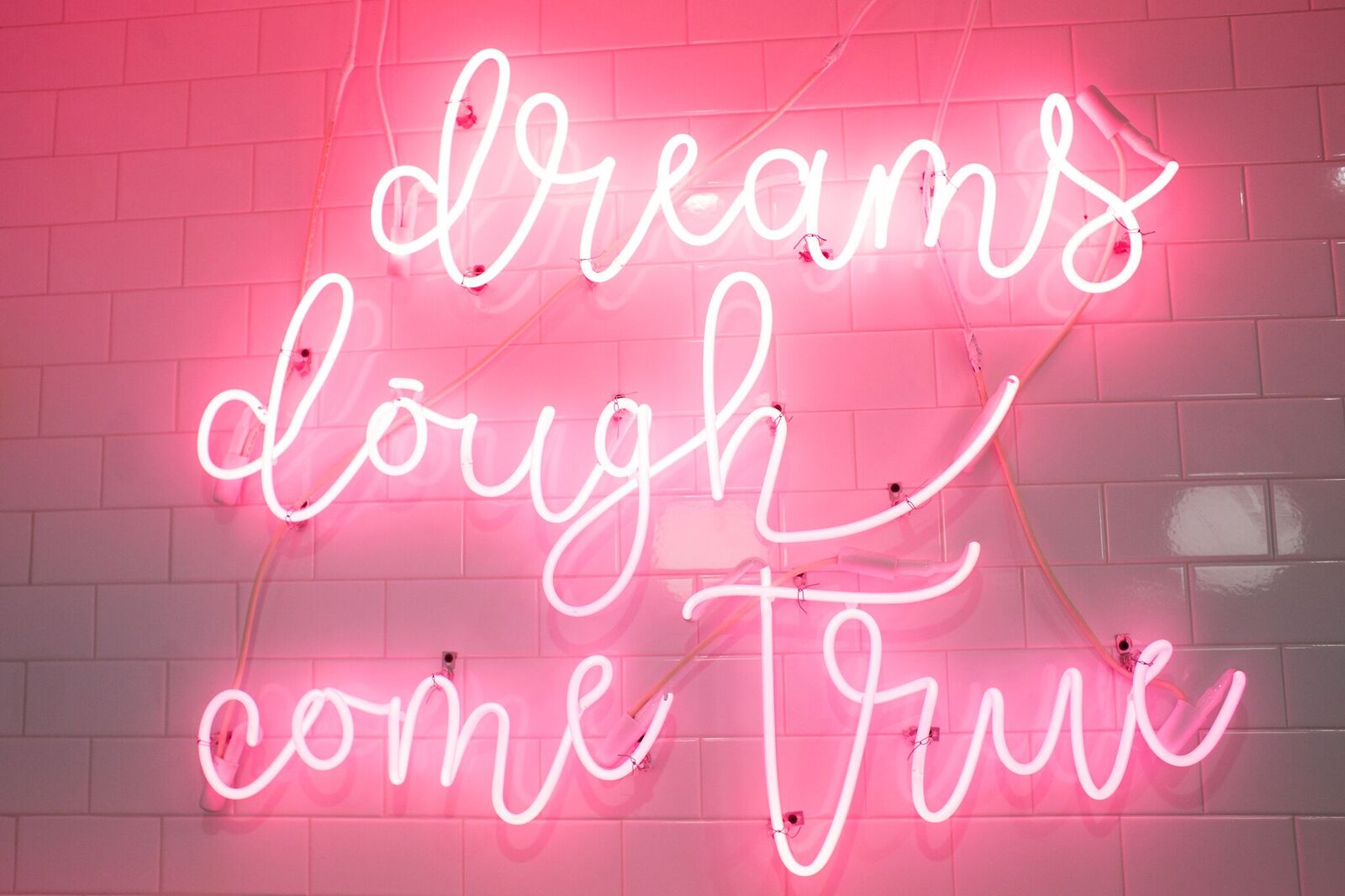 The entire store was made for Instagram. Dina Coloma

Soon, fans can delve deeper into this treat, at DŌ will be launching cookie dough classes in March. With their physical store open, they’ve also become more creative with their treats. People can now enjoy DŌ in the form of ice cream sandwiches, milkshakes and good old-fashioned cookies. Of course, the storefront is just as Instagram-worthy as their own feed, letting fans post pictures with a pink and polka-dot backdrop and guaranteeing the continued rise of DŌ’s popularity on social media. 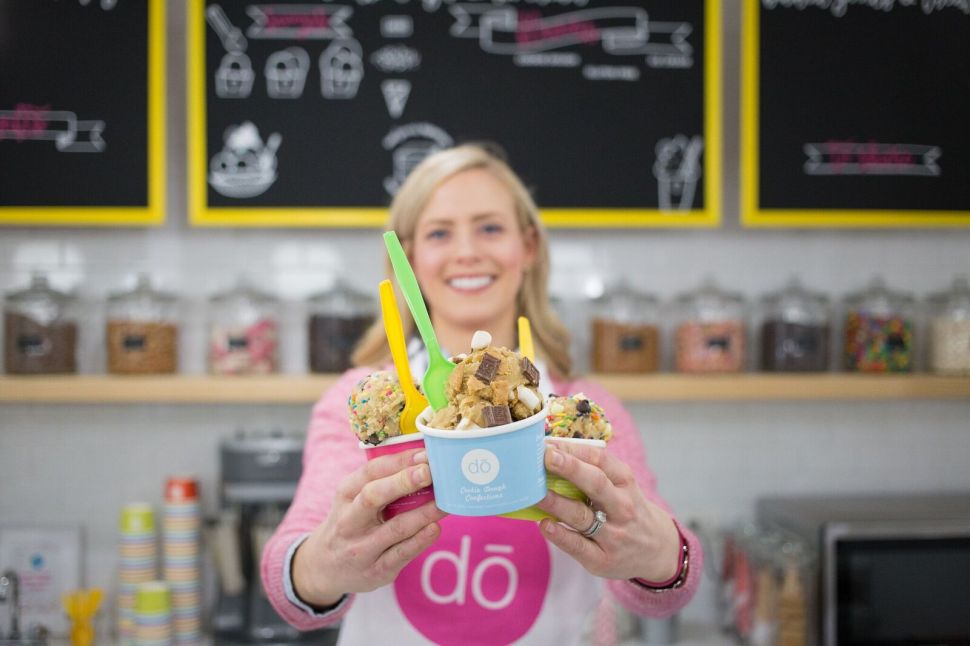