The demonstrators thronging Brooklyn’s Cadman Plaza erupted in jubilation when they learned Eastern District Court Judge Ann Donnelly had issued a nationwide stay blocking the Trump administration from deporting any of the individuals presently in detention. The two liberal groups had filed the suit on behalf of two of the 11 individuals held at JFK—one of them Hameed Khalid Darweesh, a former Iraqi translator for the U.S. military released from custody this afternoon.

Thousands of protesters besieged the Queens airfield this evening to demand the release of 11 other refugees caught in airborne limbo by the White House fiat and held by Customs officials at Terminal 4.

“There is imminent danger, absent stay of removal, there will be substantial and irreparable injury to refugees, visa-holders and other individuals subject to the January 27, 2017 executive order,” Donnelly wrote in her order, which lists Trump and Gen. John Kelly, his Secretary of the Department of Homeland Security, among its respondents. “It is appropriate and just that, pending completion of a hearing before the court on the merits of the petition, that the respondents be enjoined and restrained from further acts.”

From the language of the order, it appears it only applies to persons already cleared to stay in the United States under President Barack Obama—and the hearing will determine the ultimate outcome. Donnelly’s injunction does not prevent the administration from refusing admission to future visa and asylum applicants from Syria, Iraq, Libya, Sudan, Somalia, Iran and Yemen.

“This is a remarkable day. On day one, after he signed the executive order, we jumped into court, arguing that the order was unconstitutional, that it was un-American and that it flew in the face of established statutes that we have long regarded in this country,” he said. “We’ve shown today that the courts can work. They’re a bulwark in our democracy. And when President Trump enacts laws or executive orders that are unconstitutional and illegal, the courts are there to defend everyone’s rights.”

Mayor Bill de Blasio, Gov. Andrew Cuomo and state Attorney General Eric Schneiderman—all three Democrats—have committed legal resources to assist those in detention at JFK. The governor, a rumored 2020 rival to Trump, ordered the Port Authority to keep its airtrain to JFK open to facilitate the flow of demonstrators to the airfield.

Obama appointed Donnelly to the bench in 2014 at the advice of Sen. Charles Schumer, now the Senate Minority Leader. 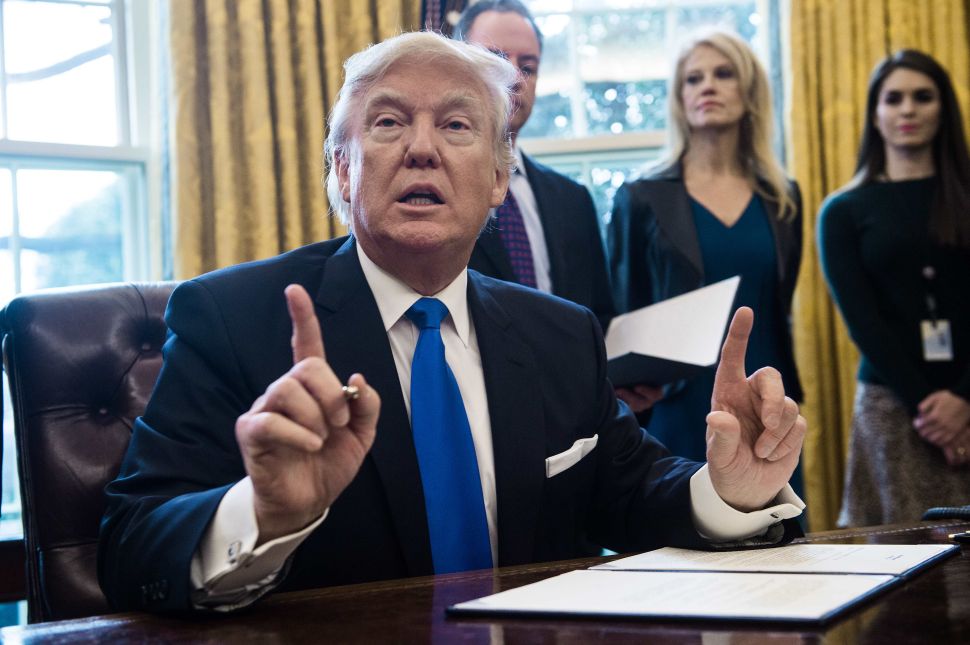