In an industry where legacy and tradition are treated with high regard, Fashion Group International’s Rising Star Awards acknowledge the innovators of fashion’s next generation. Now in its 20th year, the ceremony was guided by FGI president Margaret Hayes and headlined by keynote speaker Whoopi Goldberg.

Goldberg might not be your average fashion awards speaker, but she wasn’t above calling out the irony in her Thursday afternoon gig, calling herself “fashion’s worst nightmare.” But Goldberg wasn’t in attendance because of her fashion cache. Instead, she finds hope and inspiration within recent fashion innovations. “It’s fashion that’s not predicated on how thin you are, but predicated on how good you want to look.”

It was this spirit of inclusion that became the pulse behind the ceremony. Fashion is evolving far beyond its rigid runway definition, with the embrace of athletic brands, S’well and Bandier as nominees for the Retail award. While in the past, activewear was reserved for the gym or lounging around the house, this is proof that the athleisure trend has infiltrated the fashion world. “We have always viewed ourselves as a fashion company,” says Bandier public relations representative Ashleigh Hultz. “People use the term ‘athleisure,’ but we call the category ‘Active Fashion.’”

The brand’s founder, Jennifer Bandier, accepted the prize for her hybrid retail space and fitness studio concept. The brand has collaborated with runway staples Cushnie et Ochs and the ceremony’s womenswear presenter, Prabal Gurung. “Fashion is the white space in activewear. Our fashion viewpoint is a key differentiator for our brand.”

While many of the award winners were new innovators within the industry, some were awarded for innovating in new areas. Veteran designers Rubin and Isabel Toledo of Isabel Toledo took home the prize for the brand’s first venture into fragrance, Hot House Beauties. While accepting the award, Mr. Toledo shared guiding words from his good friend Karl Lagerfeld, “It’s never too late to start rising.’”

In a time when designers are starting to stray from the conventional approach to fashion week and rethinking the industry’s traditions, this year’s Rising Star Awards gives hope to those hoping to bring new ideas to the industry. As Goldberg bowed off stage, she reminded the crowd of the importance of change, “Today’s weird direction is next year’s normal.” 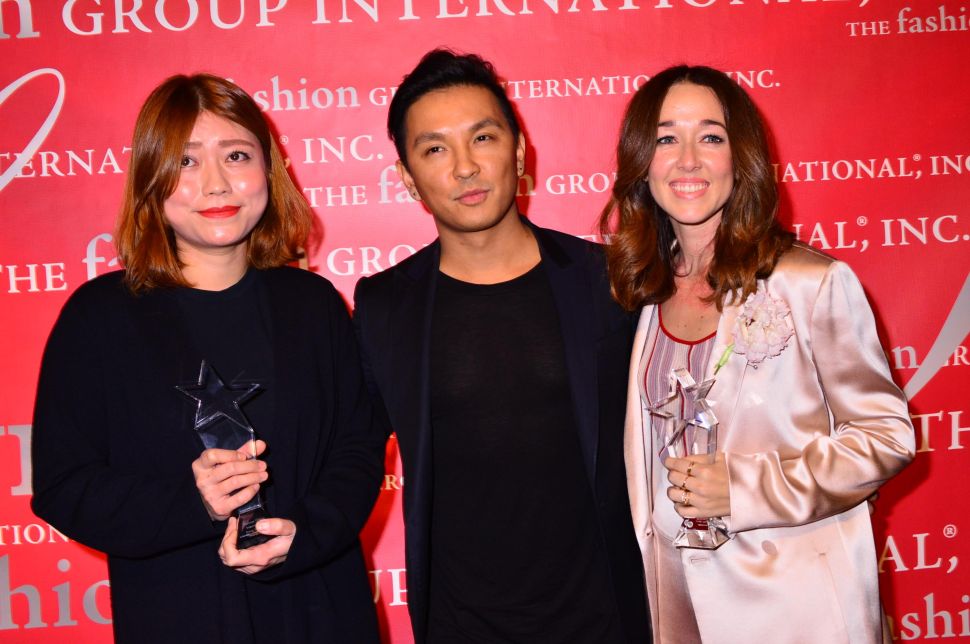