For most of history, art was consumed and created exclusively by the elite. Pablo Picasso’s father, for example, groomed him for a career in academic art, enrolling him in elite institutions like Barcelona’s School of Fine Arts and Madrid’s Royal Academy of San Fernando.

Even a century later, art persisted as a luxury, albeit a more accessible one. In the 1970s, pioneers such as Harold Cohen began experimenting with computer-assisted art. Cohen developed an artificially intelligent program he named “Aaron,” which painted between lines Cohen drew. In the early 2000s, digital artists such as Alberto Seveso used Adobe Photoshop’s Aaron-like features, such as the “fill” tool, to digitally color between lines drawn by a human artist, lessening art’s costs but hardly eliminating them.

Artists like Cohen and Seveso, however, gave more than new methods to the field of art. They gave it a glimpse into how artificial intelligence would one day democratize art’s creation.

Now, with a Picasso on every smartphone, companies are seizing the field’s brave new direction to better know their customers. They’re analyzing users’ own creations to determine which images and video will yield resonant campaigns, and through surprisingly clever applications, they’ve even begun to create masterpieces of their own.

Prisma for the People

The star pupil of this new people’s academy of art is undoubtedly Prisma, the app that transforms ordinary photos into impressionist art a la Picasso and van Gogh.

This past summer, Prisma made its dramatic debut on both Apple and Android. It earned top marks on Product Hunt, a glowing review from The Verge, and viral shares on social media. Prisma and its cousins, such as Comet, Pikazo, and BitCam, apply neural networks to user inputs to generate art. These networks separate, learn, and recombine images using a process known as style transfer.
Style transfer is the next evolution in visual self-expression. In the same way a teenager’s locker sketches offer insights into her personality, style transfer images reflect their creators. People reveal who they are and who they hope to be through what they create and share online. Brands, then, can use this information to better serve their audiences. After all, who would be better to help people find themselves than the companies that spend billions trying to understand them?

We’ve been on this existential quest, it seems, since the Oxford English Dictionary named “selfie” the word of the year for 2013. Have we become narcissistic? More confident? Or have we developed skewed perceptions of who we really are, blinded by our enhanced online selves?

I take the optimistic view. I believe that art — especially rich, technology-mediated art that’s accessible to us all — helps us see our true selves. Now, all who own a computer can quickly and easily create nuanced, interesting art that tells the world what matters to them.

No longer can gatekeepers dictate what is and isn’t art worthy of sharing. With programs such as Prisma, we’re creating more, sharing more, and being more honest about who we really are. We’ve become the critics, liking and sharing creations that speak to us and creating vast amounts of data to help companies collectively understand what makes us tick.

Business leaders have noticed Prisma’s popularity. More than 3.4 million posts on Instagram bear its logo. Today, they’re asking themselves, “How can brands benefit from the equalization — the AI-ification, if you will — of art?”

AI, by means of hypertargeted machine learning, will give brands a certain visual intelligence — an “eye” for the customer’s taste that unreliable surveys can’t provide. Through data, such as trends in likes and shares, peer critiques, and even the very contents of images, brands will better predict the visual elements that most engage consumers.

AI’s predictive “sight” will only become more accessible. MIT engineers have already designed an energy-friendly chip called Eyeriss that can run image-processing and neural network software locally on smartphones. Rather than rely on fallible human instinct, organizations will use machine-learning techniques to extract knowledge about creative works people enjoy and share.

While AI can’t translate emotion the way people do, it can determine which types of images sell more products, which colors attract consumers, and which visual strategies best capture people’s attention. Businesses can — and will — capitalize on this when architecting brand narratives.

Companies like IKEA are already using AI to showcase their own works of art. The Swedish company currently uses CGI to create 75 percent of its images, combining high-definition visuals with virtual texture mapping. The result is detailed photos that provide realistic views of IKEA’s products for customers who can’t visit a showroom.

Perhaps the most exciting AI-related advancement, however, is the opportunity for brand-consumer co-creation. McKinsey & Company found that while 90 percent of executives were eager to co-create with customers, just 12 percent of people online had actually engaged in co-creation with brands.

Fortunately, style transfer platforms can serve as art directors while consumers collaboratively connect with businesses. Instead of posting static, one-dimensional photos on social media, companies will invite users to put their own twists on content.

Facebook, for one, has been hard at work on Caffe2Go, a proprietary deep learning system developed for its eponymous mobile app. Once the technology is released, Facebook’s mobile users will use it to create captivating, artistic video content in real time — which, of course, both promotes Facebook and deepens that user’s tie to the brand.

Looking back, it’s easy to forget that people once cast AI as evil — that they foresaw HAL 9000, not Prisma. Of course, not all of AI’s use cases are as innocuous as artistic assistance.

But again, I take the optimistic view. As tech companies and universities continue to explore AI, deep learning, and neural networks, programs like Prisma show us the beauty of AI. They’re a reminder that within each of us is somebody who yearns to be an artist, a writer, a mathematician, or a scientist. Thanks to AI, perhaps each of us will someday get that chance. 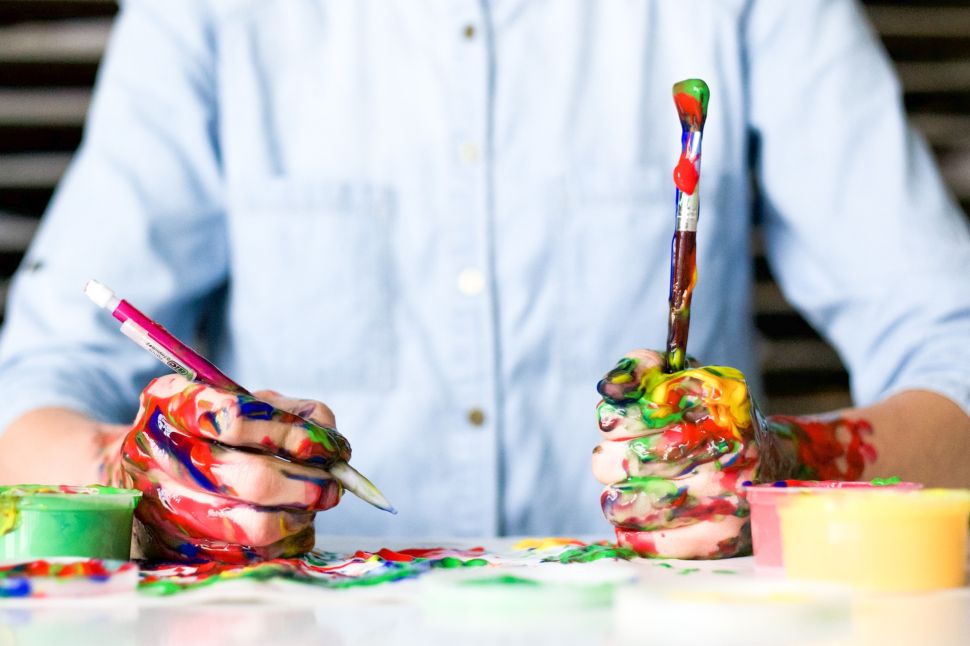