During the 2016 Democratic primaries, few states disenfranchised their voters more than California.

Mainstream media outlets officially called the primary for Hillary Clinton the day before Californians cast their votes, effectively sending a message to the state that their voice didn’t matter. Additionally, despite initially agreeing to a debate with Bernie Sanders preceding the California primary, the Clinton campaign backed out, inciting the Republican presidential nominee and Bernie Sanders to toy with the idea of holding their own debate with one another instead.

California held semi-open primaries, but it put in place several obstacles that deterred non-party preference voters from participating. These voters were required to have special crossover ballots to vote for the president in the Democratic primaries, as Proposition 14, which passed in 2011, opened all primaries without the need for different ballots—except in the case of voting for president. Several precincts recorded zero crossover ballots while neighboring precincts submitted several. A Los Angeles Times investigation found that nearly half a million California voters registered with the American Independent Party, a far right conservative third party, instead of registering as an independent voter, making them ineligible to vote in the California Democratic primaries.

In Carson, California’s Assembly District 64 in Los Angeles County, the Democratic Party officials, led by Assemblyman Mike Gipson, called the police on Sanders’ supporters, trying to kick them out to prevent them from voting in the delegate elections, while bussing in and providing breakfast to their own supporters. This, of course, resulted in no Sanders progressives winning. “The volunteers for the Mike Gipson slate, the staff at the Carson Center were completely on their side, because they paid for the facility so anything they said went, and it was sad to see that. We tried sticking up for our rights and we talked to the security guard multiple times to try to stand our ground,” said Bernie Sanders delegate Tyler Morrison in an interview. In delegate elections, electioneering rules don’t apply, so delegate candidates and their supporters can openly campaign, but the Democratic Party aggressively constrained Sanders’ supporters from doing so. “I would be cool with it if it was fair and square and they won, but it really kind of brings the beast out in the person, because we were really cheated and it was really wrong,” said Tiffanie Smith, who lost a delegate election in AD 64 running as a Sanders Progressive.

In San Diego’s Assembly District 76, ballot counting is a public procedure required for oversight and verification, but the Democratic Party refused to disclose the results, claiming the convener would conduct the tallies himself in private.

Similar events have occurred in other states across the country where Sanders progressives are making viable pushes to unseat leaders of the Democratic Party. As Sanders progressives are organizing around the enthusiasm built during Sanders’ campaign to gain ground around the country, the Democratic establishment will continue to push back, even to the point of circumventing or violating their own rules to prevent relinquishing their political power to progressives. 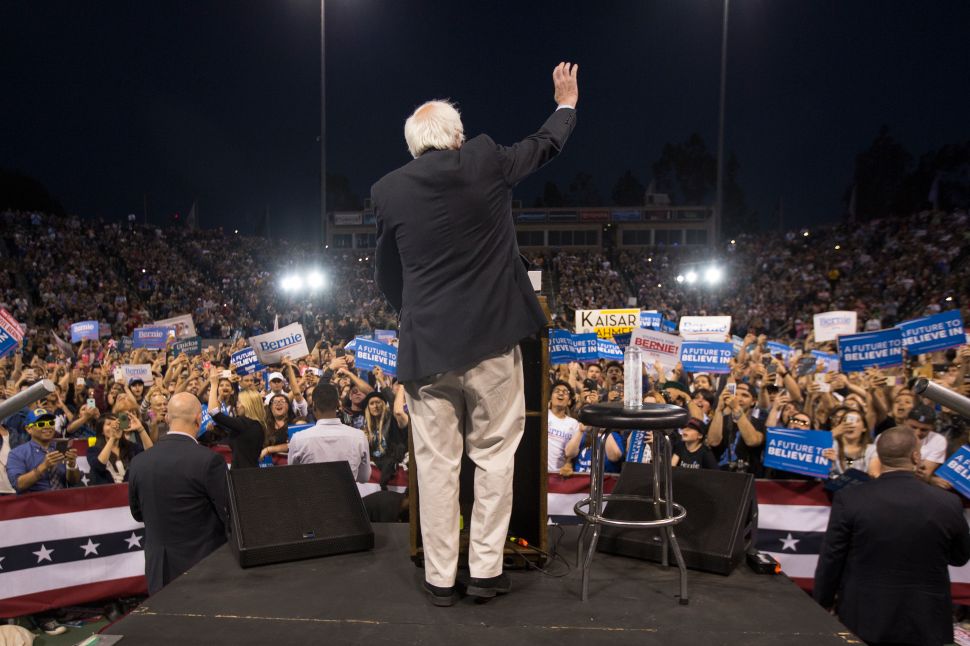