The mainstream media has made several errors and missteps due to their eagerness to uncover Donald Trump‘s links to Russia. Both during and after the election, anyone who opposed Clinton or was skeptical of allegations of Russian interference was considered pro-Trump, and even pro-Putin. This overzealousness to condemn that overcame Clinton partisans left several innocent victims in its wake, one of whom was former Sputnik Weekend Editor and Georgetown Law School graduate Bill Moran.

When Wikileaks released Clinton campaign chair John Podesta’s emails, Moran misinterpreted an email, which included an article by Kurt Eichenwald copied-and-pasted into a conversation between Podesta and Clinton adviser Sidney Blumenthal. Moran, in haste to be the first journalist to publish the finding, mistakenly thought Eichenwald’s writing was Blumenthal’s. Moran published an article about Benghazi being avoidable, caught his mistake less than 20 minutes later, and subsequently deleted the article. By that point, over 1,000 people had already read it; tweets making the same claims went viral on Twitter and Trump mentioned the article’s claims in a rally later that day.

That’s where things got hairy. After Trump mentioned the article, Newsweek’s Eichenwald extrapolated from Trump’s comments that the article—which had appeared in a Russian publication—proved a direct link between Vladimir Putin and Trump. He went on to say that the article was a coordinated attack between Trump and Putin against Hillary Clinton.

“Dear Donald Trump and Vladimir Putin, I am not Sidney Blumenthal,” Eichenwald’s article was headlined in Newsweek. He also appeared on CNN to argue his assumptions, which were based on Moran’s mistake. Clinton partisans touted Eichenwald’s claims as evidence that the email releases were fabricated. He tweeted the story out 37 times on from his own account, and those tweets received thousands of retweets. Moran was fired from Sputnik and harassed by pro-Clinton trolls on his social media accounts.

When confronted with the fact that his article and conclusions were entirely false, Eichenwald lost it, most recently during an interview with Tucker Carlson. Moran’s correspondence with Eichenwald was later published by Paste Magazine. Throughout the thread, Eichenwald offers to help Moran acquire a new job at the New Republic and threatens him to call him out for writing a fake news story. “Go public and you’ll regret it,” Eichenwald wrote to Moran.

The Washington Post, among other media outlets, debunked Eichenwald’s story. “The Trump-Putin link that wasn’t” ran a Post article by Philip Bump. He wrote, “in reality, the only proved issue is that Trump will happily pick any news off the Internet and broadcast it to the world, accurate or not.”

Despite Eichenwald’s story getting debunked, Newsweek has not retracted it and has only edited the article to tweak the narrative into more speculative than definitive claims. But the damage was already done. Moran was vilified and Clinton partisans had their biases reaffirmed.  On December 14, Newsweek’s editor, Jim Impoco, retweeted Eichenwald’s article from October and claimed it helped the FBI identify individuals spreading Russian disinformation.

In response, Moran recently filed a lawsuit against Newsweek for the damage he incurred as a result of them publishing Eichenwald’s conspiracy theory.

The allegations of Russian election interference have provoked pro-Clinton partisans in the media to abandon basic journalism ethics to propagate the Russian narrative, which also serves as a scapegoat for why Clinton lost the election. The Washington Post published a controversial story featuring an interview with an anonymously-sourced anti-propaganda outlet that was widely discredited, and later they published an article falsely claiming that the Russian government hacked a Vermont utility grid. BuzzFeed published a controversial, unverifiable dossier on Donald Trump that was so filled with errors that former CIA Director John Brennan hadn’t even bothered to read it. In their haste to discredit misinformation and propaganda, mainstream media has become the part of the problem. 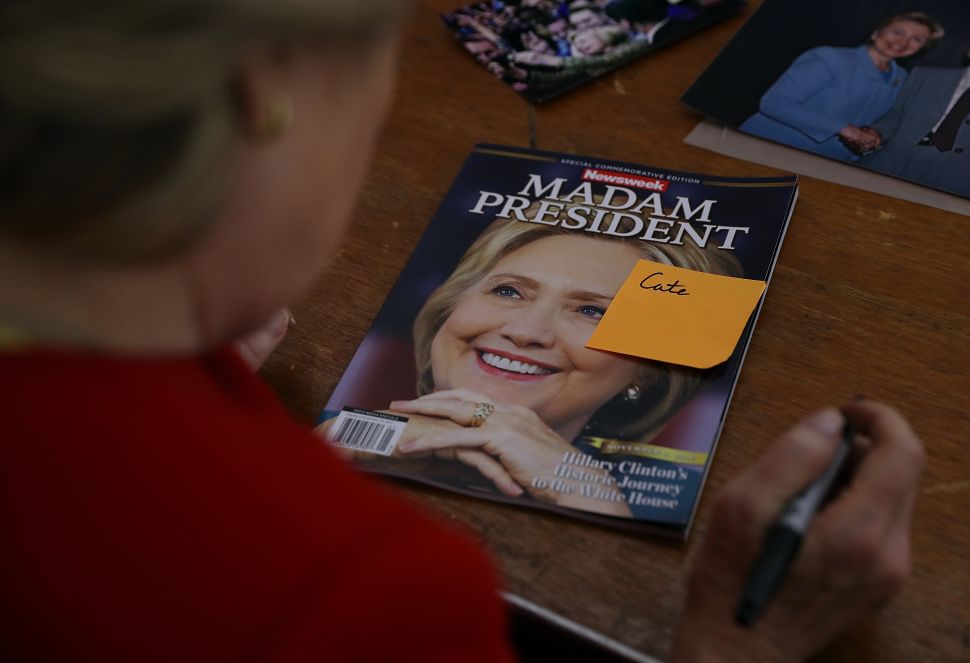