In the 80s, there were basically only three distribution systems for video: TV, VHS cassettes and the movie theater. That meant that the only video was highly produced by strangers and most of it ran in half hour increments.

Not today. Now, micro-video has become hugely popular. On Vine (RIP), a six second video of a bin full of squeezy toys screaming might be the most amazing video you’ve seen in years (if you haven’t seen it, it will be). That video would have never hit the pre-internet distribution networks, though.

Bitcoin guru Andreas Antonopoulos explains that money, like pre-internet video, takes on the characteristics of its container. When it had to be contained on a TV channel with a schedule or a videotape that took up physical space, it didn’t make sense to pass around a six second video. With the internet, any length of video can be watched at any time. Length and time no longer matter. We love videos today that people 30 years ago would never have suspected anyone would want to see.

Antonopoulos predicts the same transformation coming to money. Cryptocurrency will make it feasible to stream value. The Lightning Network envisions a continuous flow of transactions, even ones worth far less than a penny. The first testbed for that network from Lightning Labs came online as an alpha release last week.

Antonopoulos paints a hazy and hopeful picture of what such a network could mean in a new video on YouTube.

Lots of people who draw salaries get paid in monthly installments, after they have completed a chunk of work.

“Why do we chunk money at monthly intervals?” he asks. “This is money acquiring the characteristics of its container.” Banks charge too much money to pay people more often, so it isn’t done. Using a lightning network, it should be possible to make millions of transactions, both much smaller than a penny and larger than each of us can imagine, in millionths of a second.

Right now, it costs about a nickel or so to register a transaction on the bitcoin blockchain. That’s too expensive to handle true micropayments (for example, to create more reasonable paywalls in online media). The lightning network adds a layer above the bitcoin network that only logs final transactions after lots of payments have resolved.

“If I can do payments in a millionth of a second frequency and are as low as a satoshi, why not get your salary every minute?” he asks. “When you can make micropayments over milliseconds, cash flow takes on a whole new meaning.”

There’s a real example of this already in beta for pay-per-view streaming video, called Streamium. It creates a smart contract such that you can sign up for a paid online stream with an expert (for example), but if it turns out the material isn’t what you expected, you can back out any time. Only watched three minutes of the stream? That’s all you pay for.

That just scratches the surface. Antonopoulos asks his audience to picture something much more grand than that, a true internet of money.

A metaphor to make sense of the Lightning Network

Here’s one way to think about how the Lightning Network would work. Imagine, for example, a conference devoted to trading some kind of collectible, such as Beanie Babies. Its organizers rent out a huge hall at a hotel. People set up a tables, they bring their Beanie Babies and a bunch of cash. Then the visitors come, with more cash and empty bags for Beanie Babies.

Inside the hall, people start trading super fast. People buy and sell Beanie Babies. Money is changing hands left and right. The first $5 bill spent could end up in a dozen different tills before the day ends. Transactions are happening much too fast for a network like bitcoin’s to settle quickly enough.

Think of the giant room as a metaphor for the Lightning Network. The hallway outside the room is the bitcoin blockchain. Only two records need to get logged for each person on that blockchain: the amount of money they walked in with and the amount they walked out with. The Lightning Network keeps track of all the thousands of transactions that take place inside the room. It only needs to report, at the end, their final accounts.

In a real room, of course, that’s not necessary. Cash works great for settlement in person. Online, though, there is no great way to have that kind of rapid fire, peer-to-peer market, with thousands of transactions super fast, on, for example, an internet protocol designed with cryptography built in. That’s the vision for the Lightning Network.

In fact, you could even extend the metaphor to the Beanie Babies themselves. Once the market for digitized assets, such as smart contracts, really takes shape, the Lightning Network could not only track how much money changes hands, but how many “Beanie Babies” as well.

Antonopoulos says the privacy model for these transactions has already been shown by Tor. With Tor, each node in the network only knows two hops for each packet, where it came from and where it’s going next. It doesn’t know where it went before and it doesn’t know if the next hop will be its last one.

Tor participants volunteer to take part anonymously. Nodes in a Lightning Network will most likely get paid. They won’t get paid much. The award to pass along a transaction will probably be much smaller than a penny, but across thousands or millions of transactions, that could still add up.

For folks who like to go deep into these topics, Antonopoulos explained that it relies on several new inventions, including CheckLockTimeVerify, CheckSequenceVerify, multi-signature and Hashed TimeLock Contracts. These allow, for example, for people to have multiple transactions over time and only finalize them when they are actually finished.

All that said, Antonopoulos notes that there’s no reason why bitcoin would have to be the fundamental layer for this kind of network. It could be Ethereum, Steem, XRP or any of a number of other alt-coins. The market will sort that out, if it wants this technology.

Keep in mind that no one ever successfully anticipates what the world will look like, as Antonopoulos cautioned in his talk.

New technology has a way of creating use cases that look nothing like what came before. Imagine going back to the 70s and explaining emoji culture to a postman. He might understand the idea of electronic letters, but hundreds of short messages every day made up entirely of pictures? He might have a hard time believing anyone would want to do that.

Today, we’re going to have a hard time imagining what people will do differently if money genuinely lives online, but getting paid every day doesn’t sound like a bad place to start. 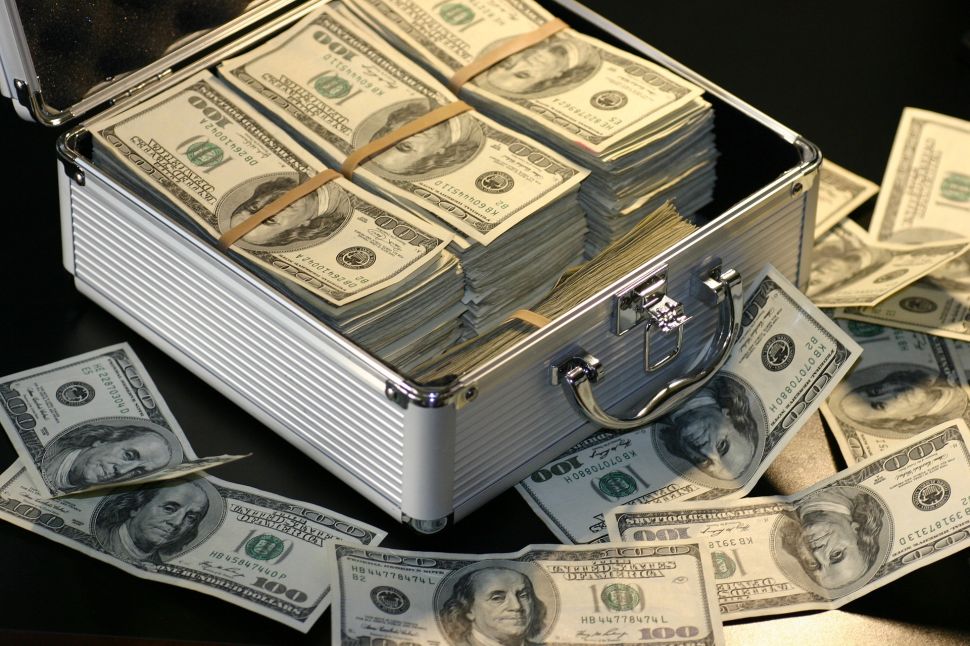