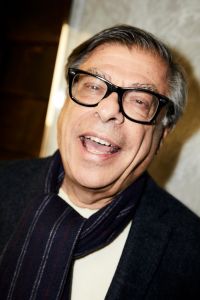 With 48 years of writing experience under his belt, Bob Colacello has earned his stripes as a documenter, and bonafide member, of the world’s “hyper elite” as he refers to them. Last Saturday evening they rallied around him in the tony alpine town of St. Moritz, Switzerland at the Vito Schnabel Gallery.

It was there that Mr. Colacello, the man perhaps known best for being a sidekick to legendary artists like Andy Warhol who he worked alongside for 12 consecutive years at Interview Magazine, leapt from writer to curator with the debut of “The Age of Ambiguity: Abstract Figuration / Figurative Abstraction,” a selection of works all tied together with a theme of abstraction rooted in tangible objects and concepts.

“The idea of the show came from a few places in my head, but one of them was Andy [Warhol] always saying, ‘How can I make a painting that’s abstract, but not really that abstract?,’” Colacello recalled in his deep voice as we stood in the first of three rooms where a hulking orange camouflage painting by Warhol anchors the show. “One of his solutions was the camouflage paintings done in 1987, which look like a very nice abstract painting about color and form, but they’re also a depiction of military garb.” 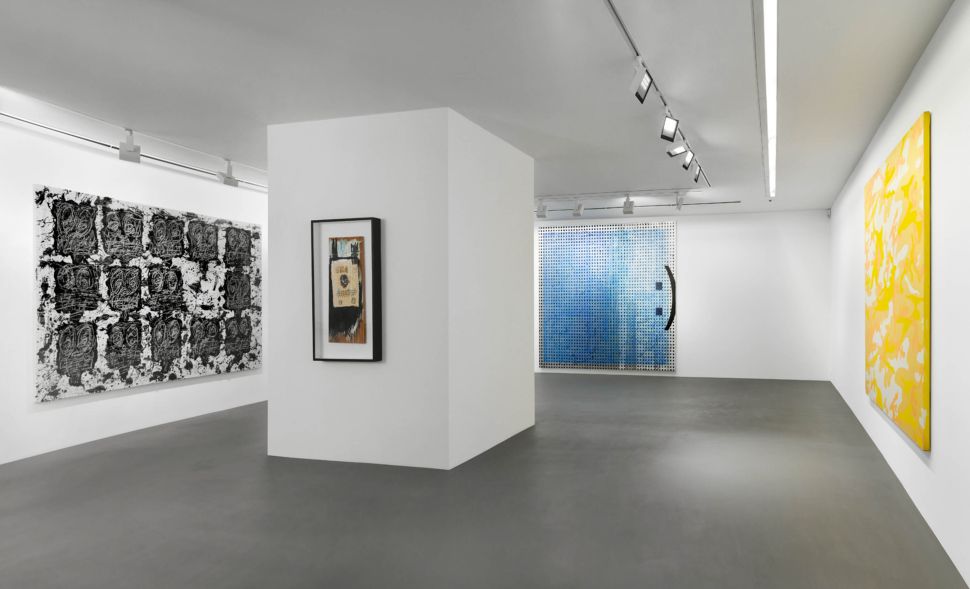 This same theme is derived in varying degrees from the rest of the 14 pieces on display, many of which were commissioned specifically for the show. In addition to Warhol, other artists and close confidantes selected include Jeff Koons, The Bruce High Quality Foundation, Jeff Elrod, Jacqueline Humphries, Rashid Johnson, Adam McEwen, Sterling Ruby, Borna Sammak, Julian Schnabel, and Jonas Wood.

To Mr. Colacello, this through-line of ambiguity is a reflection of the zeitgeist. “There’s this sort of sociological underpinning to the whole thing,” he mused as we admired an emoticon painting by Jacqueline Humphries. “Entertainment and politics have emerged. Gender is now supposedly not a biological fact, but a psychological state that can change everyday. We’ve been hearing for a long time now, ‘It’s all relative. It’s not black and white, it’s all grey,’ so I think, in some way, artists have just absorbed that.” 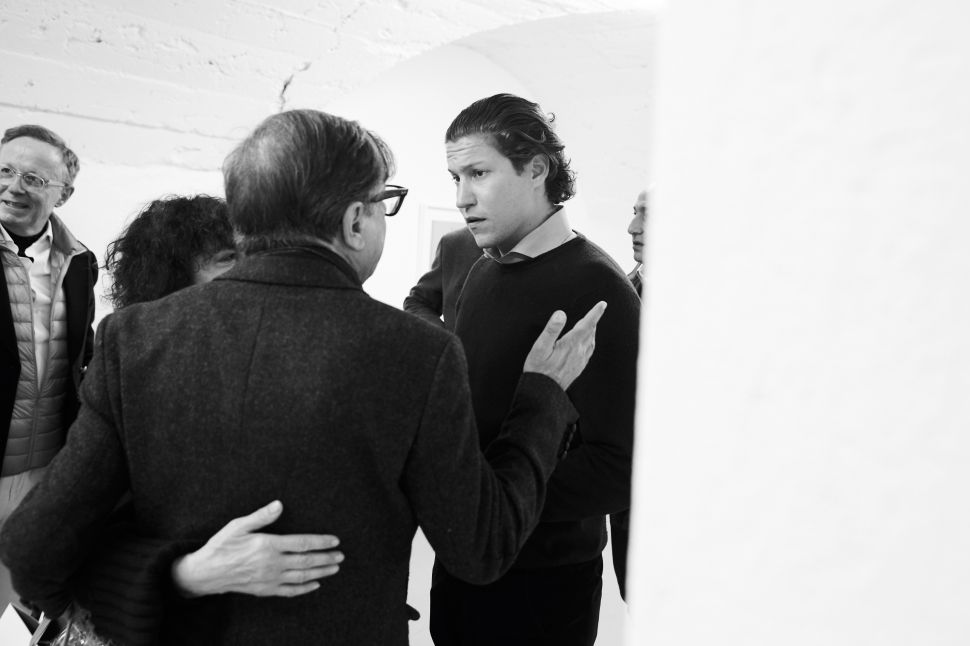 Colacello has absorbed quite a lot himself over the years, making him uniquely fit for this debut role as curator. He is a treasure that has traversed generations, and witnessed several eras worth of modern art on the arms of both the artists themselves and the jetset folk who are most privy to it. Now he’s passing along these years of experience to a younger generation, particularly to Vito Schnabel. 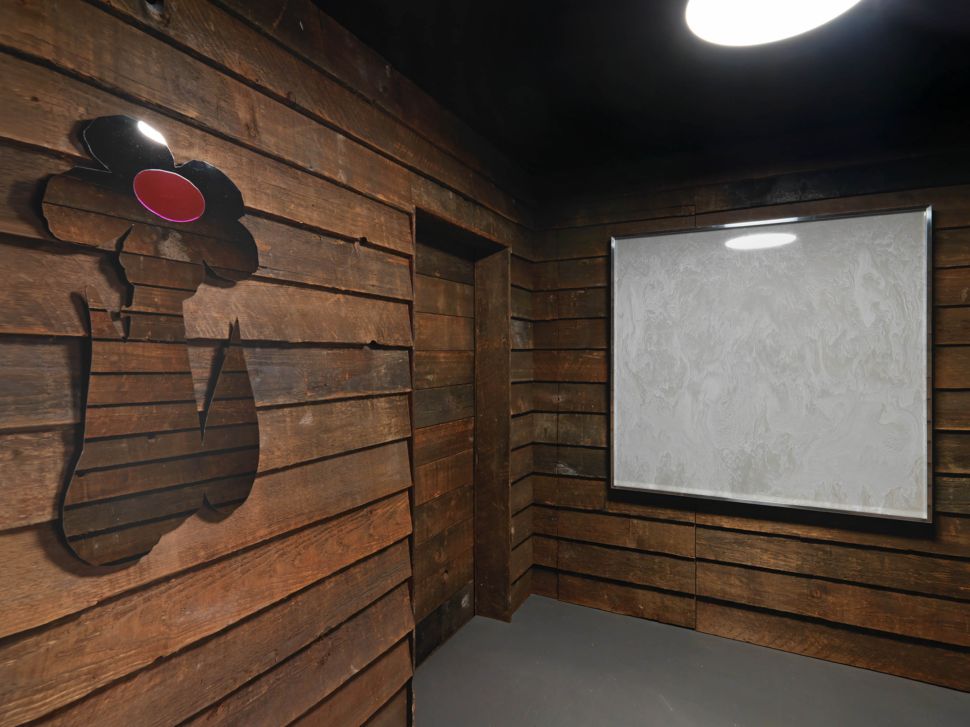 Vito, the son of eccentric and prolific artist Julian Schnabel, was first introduced to Colacello when he was just 19-years-old at a party in New York by his mother, Jacqueline Schnabel. The unlikely duo, with over 40 years separating them, have known each other for over a decade with Colacello bringing Vito under his wing as a connector and consultant for his eponymous galleries. “He never had that attitude of, ‘They’re old and boring,’” Colacello said of Vito’s interest in seasoned members of the art world. “Instead it was, ‘They’re old, and have a lot of great stories and experience.’” 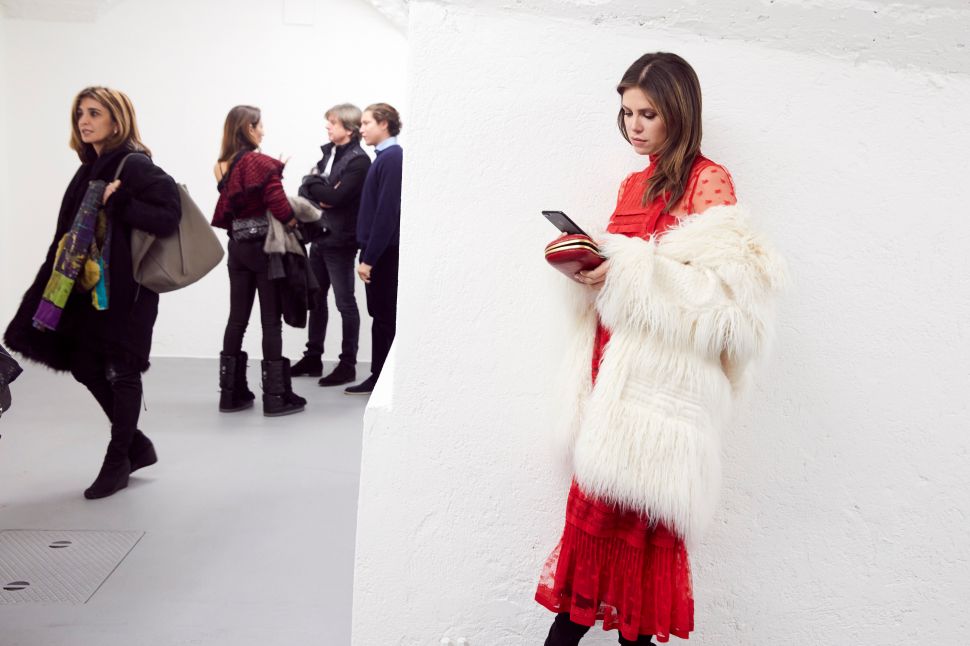 Dasha Zhukova at the opening celebration for “Age of Ambiguity.” (Courtesy of Vito Schnabel Gallery. Photo by Micha Freutel/Torvioll Jashari)

Now, as fate would have it, the roles have even reversed.  “I’ve never curated a show before,” Colacello admitted. “The most fun part, after meeting the artists and spending time with these interesting people, was hanging the show with Vito the other day. I guess he was my teacher in that case. I realized working with him that this is about rhythm, just like writing – the order you put the words and the sentences – and at age 69 and a half, to do something new is kind of nice.” 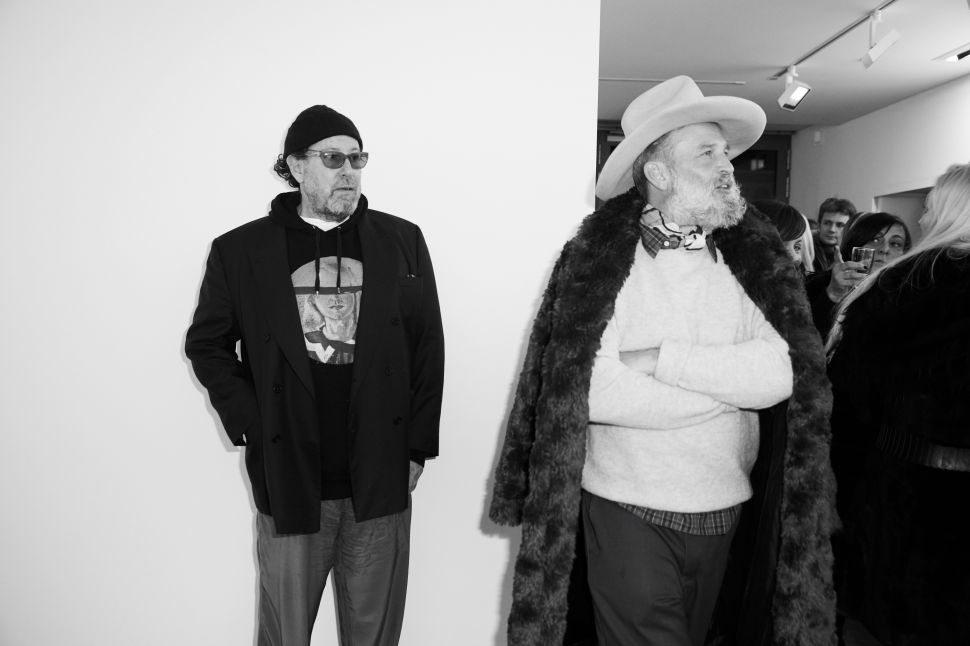 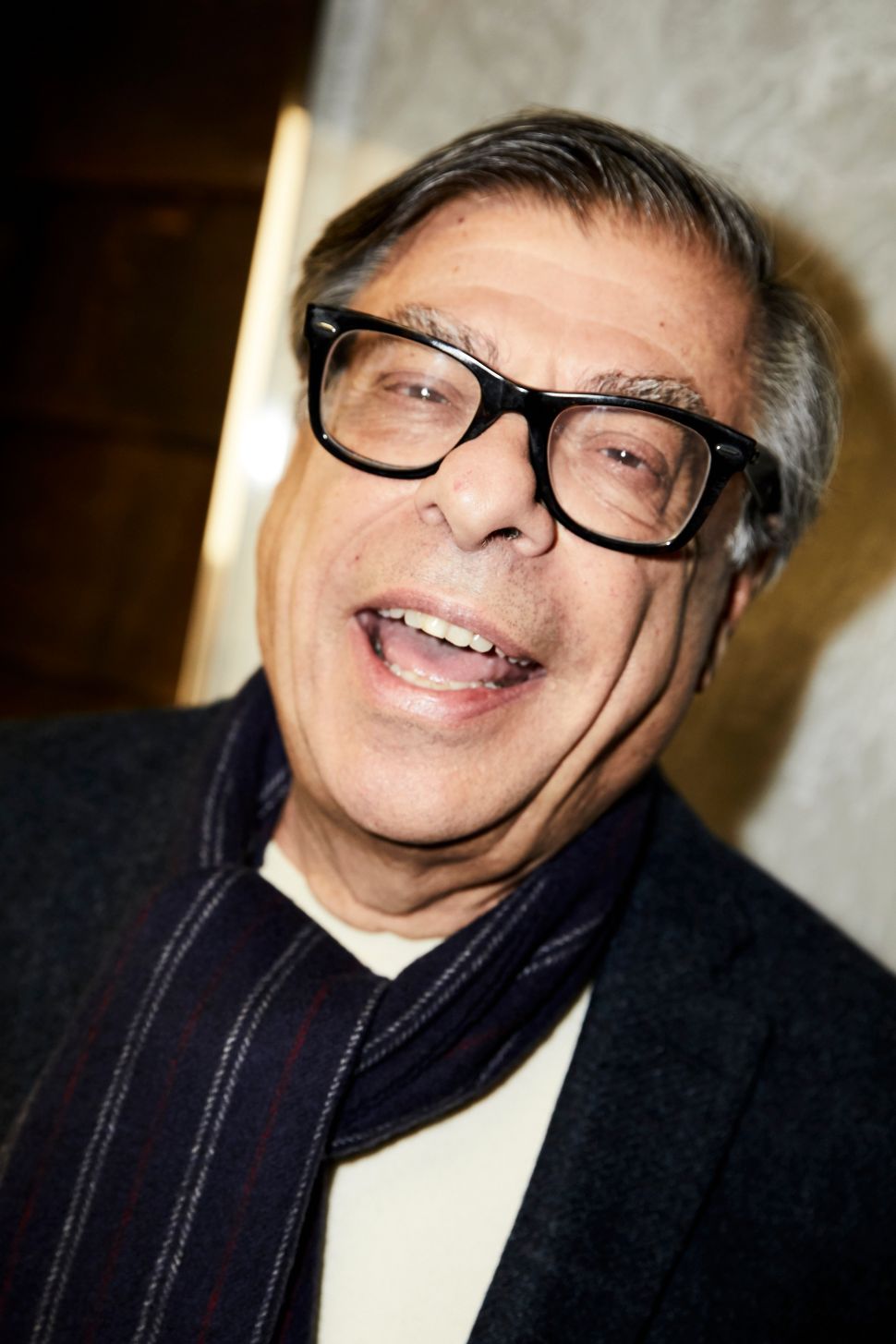