One of the West’s greatest luxuries is also our biggest weakness: comfort. We go to work, do the bare minimum, and get paid enough to eat and keep a roof over our heads. Our ancestors didn’t have such abundance. There was immediacy to every single day—if they didn’t find something to eat, they starved. If they didn’t build or find shelter, they were exposed to the elements.

This made for a more difficult life, but there wasn’t an epidemic of depression, diabetes, and the misery of monotony that plagues the developed world. The immediate threats our ancestors faced brought life into sharp focus and tested their abilities constantly. In short, they probably felt alive and were thankful for it every single day.

Does that sound like the exact opposite of your life right now? How do you break out of the mold and add a little more excitement in your life? How do you free yourself from your blanket of comfortable misery? You don’t have to hike the entire Pacific Crest Trail like Cheryl Strayed in Wild to do something bold and shake things up.

Here are five ways to break out of your routine:

Tackle an individual physical or sporting challenge. If there is one thing that will light a fire, it’s having a competition on the horizon. It doesn’t matter whether it’s a local fun run, a triathlon, or a boxing match. The fact that it’s individual means there is no team to hide behind; whatever your performance may be, it’s on you. Life all of a sudden takes on a new sense of meaning, because you not only have to prove yourself to everyone watching, but you need to prove yourself to yourself. For many, this will be the first time they have had to prove anything since they took an exam in high school or college. That’s why it’s so effective. Have you ever talked to someone preparing for a big event? They speak with a newfound lust for life. It’s like they’ve all of a sudden found a purpose, even if that purpose only lasts for the length of the event they’re training for. And the vast majority of people who decide to do a tough mudder race, marathon, or triathlon don’t stop at one.

Shower with cold  for a month (preferably in the winter). Plenty of people are giving cold therapy a try since “The Iceman” Wim Hof gained the attention of influencers such as Tim Ferriss and Joe Rogan and for good reason. We live in an age of unprecedented comfort, and most people don’t have the stomach to turn the shower to cold for even 10 seconds before they get out. Trust me when I tell you that nothing makes you feel more alive than taking a cold shower first thing in the morning in the middle of winter.

Take boxing (or any combat sport) for a few months and either spar full contact or have a fight. Standing toe-to-toe with another person who is trying to physically best you is an experience that is impossible to relate to someone who hasn’t done it.

Conquer a fear. What are you unreasonably scared of? While there are plenty of primal fears that keep us alive, such as being eaten by a predator, there are just as many that are unreasonable in the modern world. It’s easy to feel numb and bored when there is nothing to be reasonably scared of, which is exactly the reason that facing a fear—any fear—head on will bring you a new sense of clarity and vigor. After all, when else do you get a pounding heartbeat, cold sweat and feeling of utter terror in life? That fear response makes you feel alive, but most people shy away from it because they hate feeling vulnerable. If you’re scared of heights, go abseiling down a 150 meter cliff face. I dare you.

Have fun. Most adults, myself included, are guilty on some level of taking life too seriously. Our ancestors didn’t have this problem because once they were done gathering enough food and making shelter, there wasn’t anything to do except relax. Now we fill our time with social obligations and general busyness that doesn’t make us any happier. When was the last time you actually had fun? And I don’t mean sitting around with friends drinking—though that can be nice. I’m talking about running around, playing, and laughing like a child. I’m talking about visiting a theme park and riding roller coasters, playing a friendly game of soccer with plenty of jovial trash talk, or going to an indoor trampoline park. After a trip last year to a theme park, my wife said I was like a little kid again. I had a permanent smile on my face. That day effectively wiped 20 years off the calendar and was more relaxing than a trip to a spa. If you’re a parent, you have even less of an excuse. Life is serious enough. It’s important to cut through it with laughter and lightheartedness at regular intervals. 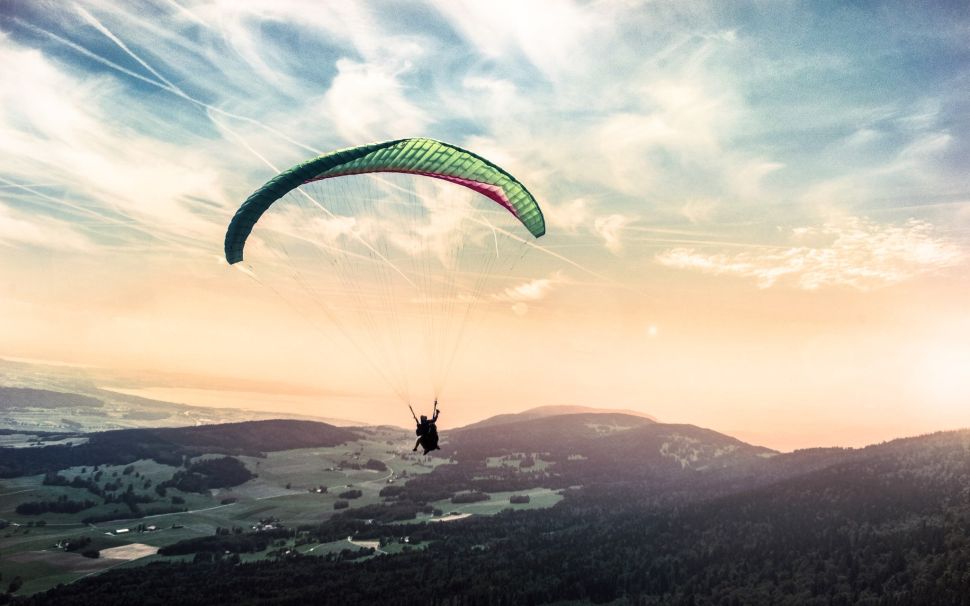