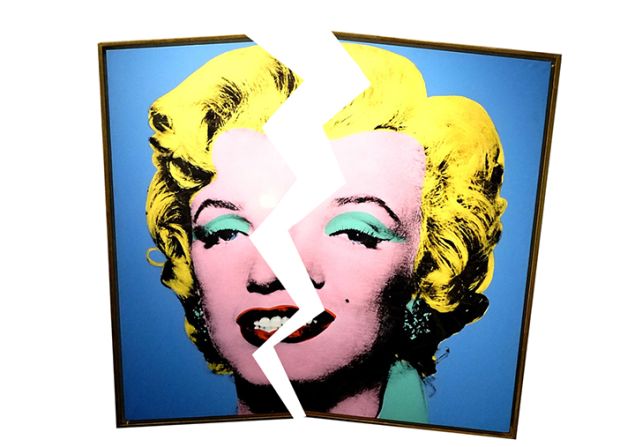 How easy is it to replace your art after a disaster? Getty Images

Bad things can happen to good art. A tornado blows the house down, a flood, a fire, an earthquake. Artworks are easily damaged and sometimes even destroyed.

People buy home insurance with fine art riders, or even purchase standalone fine art policies, for these very situations. A claim is paid, end of story.

Except the story might not be quite over. Those owners liked the art that just got damaged past saving, and they want the piece replaced. That is less possible for one-of-a-kind objects, such as a painting or wood sculpture, but more possible for editioned pieces, such as cast sculpture and graphic and photographic prints. There is a range of possibilities when you need a replacement.

A limited edition of 20 prints doesn’t just mean that 20 copies of an image were produced. There also will be a variety of proofs, or trial runs, such as artists proofs, one or more printer’s proofs, a publisher’s proof, exhibition proofs, a B.A.T. (bon a tirer or final trial proof) and an H.C. (not for sale) proof, and then just others that will be examined by the artist to see which he or she likes the best. Bill Goldston, director of the Long Island-based Universal Limited Art Editions, said that for a limited edition of 20 between 80 and 100 prints are made. That overage can solve problems that arise during the printing, such as the color of the ink is wrong or the registration is off (the inked areas are not lined up properly), or after the printing, for instance, replacing prints that get torn or were damaged while in transit to a dealer or the result of a foul-up back at the print studio.

“Sometimes, an artist messes up his signature or puts the wrong number on a print,” said New York City print publisher and dealer John Szoke. “When we run the edition, there is a certain number of acceptables—two or three extras—that we keep on hand just in case.”

Szoke is not alone in this. Bruce Crownover, the master printer of Tandem Press in Madison, Wisconsin, also keeps “some on hand in case there is damage or a mistake is made. I’ll keep a couple in a drawer somewhere.” Eventually, the extras are destroyed, and the printing plate is defaced so that no others may be produced. (A final print, called a cancelation proof, is made to document the fact that the printing plate is no longer usable.) Still, there is no standard time when those extras are destroyed, and it could be quite a while. Brian Shure, workshop production manager at Gemini G.E.L. studio in Los Angeles, said that entire editions may not be printed at one time, or the artist may not sign and number the acceptable prints all at once. Some artists sign and number works as they get sold. What’s the rush?

If a work from a limited edition is damaged beyond repair, there may be others just like it for the collector to buy. Perhaps, the price of the replacement will be the same as for the original purchase, perhaps less.

“Everything within reason,” said Manhattan art dealer Renato Danese. “If it was a $1,000 print but the owner got only $750 as an insurance settlement, because there was a deductible in the policy, I might let the buyer have another one for $750.”

That replacement print would not be given the same edition number as the one that was destroyed, but some more high-volume commercial print publishers will do just that. Wild Wings, a publisher of limited edition wildlife and outdoor digital prints in Lake City, Minn., will replace a destroyed artwork with another from the overage, requiring the owner to ship back the damaged piece so that the company is able to check for authenticity and to see what the number from the edition is, according to company spokeswoman Jennifer White. When Wild Wings is satisfied that the original print was their production, it will send to the buyer at no charge a replacement print with a new signature and the old numbering. (It may take a little while, because the publisher will have to send the new print to the artist to sign and number again, have that returned and then ship to the buyer.)

Mort Kunstler, a painter of historical scenes from American history who lives in Oyster Bay, N.Y., employs another version of this procedure. According to his daughter, Jane Kunstler, who manages the print editions made from her father’s painted images, buyers seeking a replacement for a damaged print are asked to send it back. When there are extras, “we’ll destroy the damaged print and send out a new one, renumbering the replacement as the one that was damaged,” she said. If there aren’t extras but only other numbered prints from the edition, those may be sold at a discount.

Danese viewed edition replacements as “a nettlesome issue,” because he both wants to “help out” a buyer who has shown loyalty to an artist he represents and he wants to be fair to the artist who should not have to give away or offer a large discount for another work in the edition that otherwise could be sold. “When you say there are only 20 in the edition, there should only be 20, not 21 or 22.”

The other issue? Replacement and re-editioning are also covered by the law. Under New York State’s Arts and Cultural Affairs law, dealers are obligated to inform buyers of “the number of multiples in the edition, and whether and how the multiple is numbered. Unless otherwise disclosed, the number of multiples…shall constitute an express warrant…that no additional numbered multiples of the same image, exclusive of proofs, have been produced.” Renumbering a replacement does not appear to be a violation of the law, although it is one more way in which the seemingly straight-forward concept of a limited edition is skirted by artists and publishers. (It is perfectly lawful, for instance, to produce more than one limited edition of the same image, with one numbered 1, 2, 3 and another numbered I, II and III. Producing limited editions of the same image at different sizes—4”x5” and 8”x10”—also is allowed, as is using different printing techniques, such as a dye-transfer process for one and ink-jet printing for another, for the same image.)

Photographer Sandy Skoglund has no qualms about printing up replacements and giving it a replacement number when buyers inform her that a work they purchased has been badly damaged. Just as with Wild Wings and Mort Kunstler, she demands the damaged photograph back before making a new print. There is a charge for this, between $500 and $3,000, “which is drastically reduced from what the original cost. That might be $25,000,” she said. Making replacements is a chore, because “I have to stop what I’m doing and find the old negative, and this takes me away from something new I’m working on.” Still, making replacements makes perfect sense to her, because any work of hers that is lost, damaged or destroyed diminishes her reputation. “I don’t want my work to disappear. The photographs are my legacy. They are my children, and I want them out in the world.”

Gratitude, more than legacy, is the crucial element for painter Barbara Ernst Prey of Port Clyde, Maine. Twice in her career, collectors of her work have contacted her about damaged digital prints, and both times she gave them replacements for free. “My collectors have been important supporters of my career, so it is a small token to replace the print,” she said.

Editioned sculptures, such as bronzes, tend to be more difficult to destroy than paintings and prints, although they may be damaged, which is less likely to call for a replacement than the skill of a conservator, and that work also may be done by the artist. “A collector’s house caught fire,” said Corpus Christi sculptor Kent Ullberg, “and almost everything in the house was destroyed. All the furniture and paintings, but not my sculpture.” The patina, or surface coating, of the sculpture was damaged, and Ullberg repaired it. Similarly, David Phillips, a sculptor in Medford, Mass., noted that he has “done repairs on sculptures for clients. I’ve never had to completely replace a damaged sculpture. I fix it, sometimes with welding and re-patina,” charging by the hour. On the other hand, sculptor Glenna Goodacre of Santa Fe, New Mexico, has sold proofs to collectors seeking replacements but only if the numbered works in the edition have sold out. Discounts are not offered. However, “we have never sold a foundry proof to someone who is making an insurance claim, ever,” said her studio manager Daniel R. Anthony.

The options for owners of damaged artwork are many but not limitless. There may be no unsold pieces in the edition and no proofs or extras for sale, requiring the prospective buyer to look on the secondary market, where prices may be higher than what was paid originally, or to look to buy something else. Sometimes, you’re just out of luck. 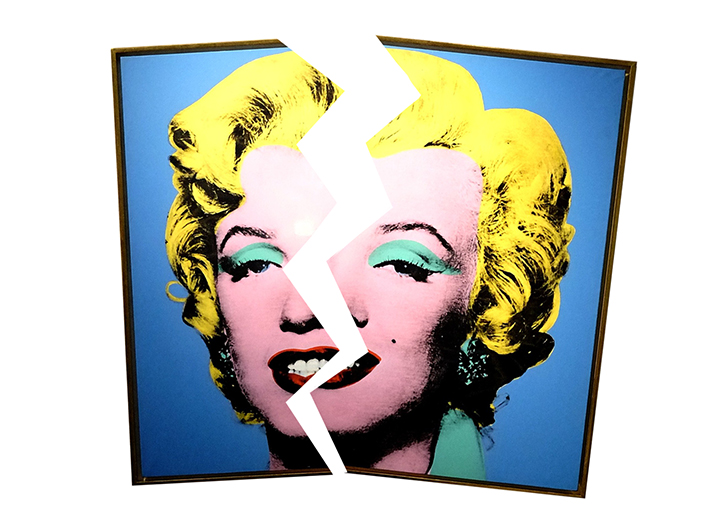