The Elon Musk-founded spaceflight firm SpaceX will attempt to resume operation as a private launch provider with the delivery of 10 Iridium NEXT satellites on Saturday January 14th at 9:54 AM PST from Vandenberg Air Force Base in California. SpaceX will also attempt to bring back the first-stage of the Falcon 9 rocket for a landing on its west coast autonomous drone ship, Just Read The Instructions.

Saturday’s launch comes more than 4 months after SpaceX lost not only a Falcon 9 but the Israeli-built AMOS-6 communications satellite which was supposed to assist Facebook in providing increased internet access across the African continent. The September 1st explosion also badly damaged launch complex 40 at Cape Canaveral Air Force Station.

SpaceX published a statement on their website on January 2nd claiming that the investigation into the incident had wrapped and that they finally determined the cause of the explosion which originated in the upper-stage of the Falcon 9.

“Investigators scoured more than 3,000 channels of video and telemetry data covering a very brief timeline of events – there were just 93 milliseconds from the first sign of anomalous data to the loss of the second stage, followed by loss of the vehicle,” said SpaceX. “Because the failure occurred on the ground, investigators were also able to review umbilical data, ground-based video, and physical debris. To validate investigation analysis and findings, SpaceX conducted a wide range of tests at its facilities in Hawthorne, California and McGregor, Texas.”

The firm concluded that the explosion was due to the seepage and buildup of liquid oxygen (fuel) between a failing aluminum liner and the helium tank’s carbon overwrap. The helium tank is housed inside the Falcon 9’s liquid oxygen tank and when the fuel accumulated in a “void” between the overwrap and liner, it ignited and destroyed the rocket.

No one was harmed in the explosion but SpaceX’s launch pad at Cape Canaveral was destroyed. The damage sustained was so significant that now, four months later, the launch pad at Cape Canaveral is still unsuitable for use. For this reason, Saturday’s return to flight is being launched from Vandenberg Air Force base. On January 5th, Elon Musk announced via Twitter that the company had successfully conducted a standard static-fire test of the Falcon 9—a test firing of the rocket’s engines while holding the vehicle in place. The next day, the Federal Aviation Administration—who had insight into the explosion investigation—approved the launch.

SpaceX’s first flight following the disaster, along with the delivery of the Iridium satellites to orbit, has already been delayed as the original launch was scheduled for Monday January 9th. “Launch moving due to high winds and rains at Vandenberg,” said SpaceX. “Other range conflicts this week results in next available launch date being Jan 14.”

SpaceX will attempt to bring home the Falcon 9 booster following the delivery of its customer’s satellites and land it on one of their drone ships. If they succeed, it will mark the fifth time they have successfully brought home the Falcon 9 on a barge at sea.

SpaceX has also successfully landed the rocket’s booster twice on Landing Zone 1 at Cape Canaveral. The first time they did so in December of 2015 was the first time any firm in the aerospace industry public or private brought back an orbital-class rocket after a mission. Elon Musk claims that bringing home these rockets will reduce the overall cost of space travel and be the key to making it possible for humans to one day reach Mars. The company hopes to fly one of these returned or “flight-proven” rockets in 2017.

Following a successful mission on Saturday, SpaceX expects to return to flight from Florida within weeks at its newly-leased Launch Pad 39A at Kennedy Space Center where its first flight will deliver another customer satellite. That will be followed up with the launch of Cargo Resupply Service mission 10 in which SpaceX will deliver goods and science to the International Space Station for NASA using its Dragon capsule spacecraft.

Launch Pad 39A is the historic site which saw the sendoff of the first humans to walk on the Moon and if Elon Musk can begin to realize his long-term goal of making humanity a “multiplanetary species,” it will one day be used to launch the first humans to Mars.

You can watch the tomorrow’s launch live here. 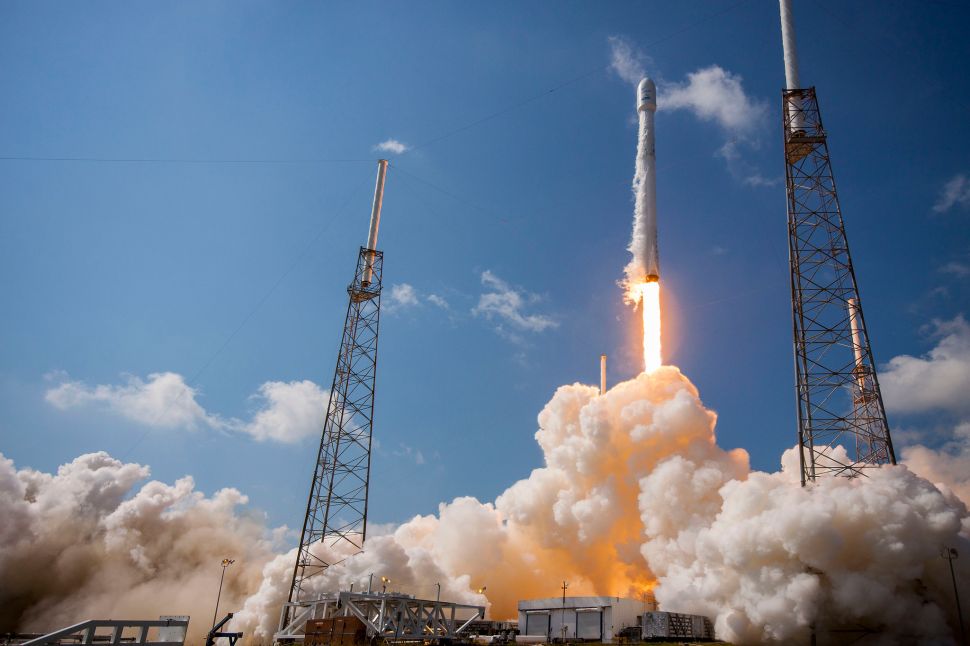