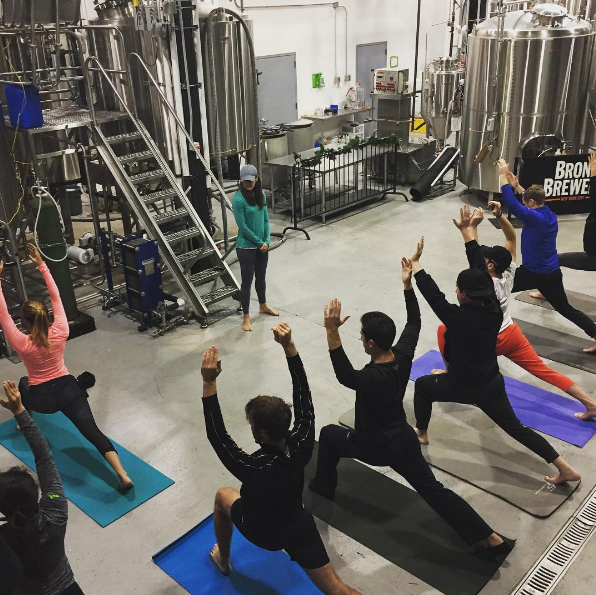 Nothing is more adventurous than doing yoga in the Bronx. The Bronx Brewery Instagram

Yoga and beer are becoming unlikely counterparts at the Bronx Brewery’s “Brew You Yoga” Vinyasa Flow class this Saturday. Don’t worry, yogis won’t have to travel all the way to the Bronx for yoga alone—the event is followed by a tasting of Bronx brews.

While the event page brags that the location is only three stops away from Manhattan, it’s still a bit of a schlep for Brooklynites, Manhattanites and anyone who doesn’t live in the Bronx or has never stepped foot in that particular borough.

If you can’t make this particular broga session, don’t fret. There are multiple dates, with the next offering this Saturday, January 28, along with February and March options. The flow will be taught by Leanne Maciel, a yoga and Zumba instructor who also happens to work in the beer industry.

The brewery has hosted the event before and received a full house, so sign up ASAP. If you happen to be hungover, you can always cure that condition with hair of the dog. If you don’t feel like traveling to the Bronx, consider heading to your regularly scheduled weekend class and bringing a flask with you. Alternately, you could simply shotgun a beer while in Child’s Pose, from the comfort of your own bedroom. 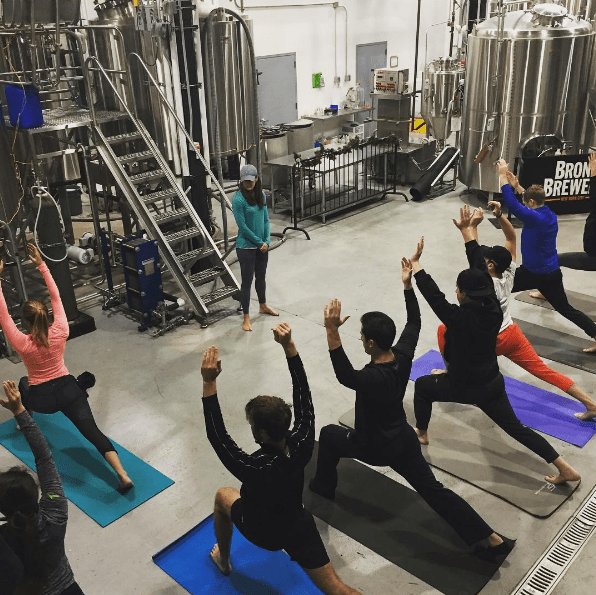