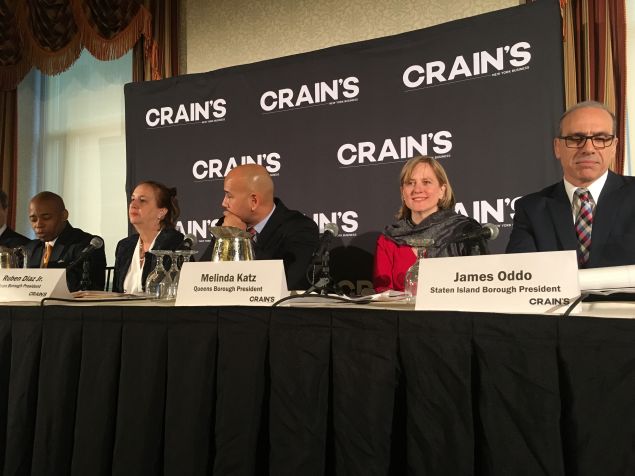 Brooklyn Borough President Eric Adams, a staunch ally of Mayor Bill de Blasio, and Bronx Borough President Ruben Diaz, Jr.—a friend to Gov. Andrew Cuomo—clashed this morning over whether the governor is to blame for continued Republican dominance in the State Senate.

After last year’s elections, Brooklyn State Senator Simcha Felder, a nominal Democrat, announced that he would caucus with the Republicans for the fourth year in a row, while the splinter Independent Democratic Conference reaffirmed its power-sharing accord with the GOP. The larger State Senate Democratic Conference, liberal groups and even national Democrats have urged Cuomo to use his tremendous political clout to pressure the breakaway Dems to realign with their own party—which would make New York just the seventh state in the nation with a solid-blue capital—but the governor has refused.

The three other borough presidents evaded a question about what the governor should do, but Adams and Diaz Jr.—who is still weighing whether to challenge de Blasio—bluntly and directly shared their thoughts on the matter.

“It’s very telling that no one wanted to be honest about this question,” Adams said during Crain’s New York’s business breakfast forum with the five borough presidents this morning, asserting the city has not gotten its fair share from Albany because of the State Senate GOP. “Yes, he should. New York City has lost billions because of keeping the Republican majority in the Senate and Governor Cuomo is directly responsible for that.”

Diaz Jr.—who is also close to State Senator Jeffrey Klein, the leader of the IDC—interrupted Adams before he could finish his thought, saying that Felder is fully at fault for continuing to sit with the Republicans.

“Wait a minute, hold on, hold on, timeout, timeout,” Diaz Jr. said, seemingly offended by the attack on his ally. “Hold on, because if you look at it if there was one Democrat from Brooklyn who would come over to the Democratic side without an election then we wouldn’t have this problem in the Senate.”

Adams pointed to how Cuomo has used his position to push through controversial legislation on gay marriage, gun laws and pass and real estate tax abatements—that getting Felder to sit with the Democrats should therefore not be a difficult task for him to accomplish.

“You’re telling me he cannot get one Democrat that it’s in his party over to the Democratic side?” Adams asked Diaz Jr. “That I do not accept. The governor puts his mind to something, gets it done, he needs to get it done. This is a Democratic Senate and we need the Democrats in control to pass—”

Diaz Jr. chimed in and said that the Democrats are in control in Brooklyn, which Adams acknowledged—and then wondered why Felder could not sit with his own conference.

“So why not have it so that you have the Democrat from Brooklyn side with his conference in the Republican-controlled Senate?” Diaz Jr. said. “There’s only one person standing in the way of—”

“No. No it’s not, no it’s not,” Diaz Jr. said, with the audience laughing just as loudly. “It’s the Democrat from Brooklyn who’s sitting with the Republicans.”

Dani Lever, a spokeswoman for the governor, said that Cuomo backed Democrats during the election and that now he’s trying to work with all parties. Last year in fact marked the first time the triangulating governor has ever lent any sort of support to the State Senate Democrats.

“The governor campaigned for Democrats during the election cycle and the Senate Democrats thanked him for his efforts, but he is now governing and is working in a bipartisan way,” Lever said in an emailed statement.

In an earlier part of the forum, Adams pointed out what he called Diaz Jr.’s “love affair” with the governor, exemplified in Cuomo’s plans to construct five new Metro North stations in the Bronx, a proposal Diaz had long championed. The Brooklyn pol  expressed hope that someday that he, too, could receive funding from the governor for his borough.

Yehudah Meth, spokesman for Felder, said that the senator was unable to comment at the moment but referred the Observer to a November piece in The Hamodia where he stressed that issues—not parties—are what matter.

He said his decision to caucus with Republicans is based on what’s best for his constituents and New Yorkers—not having “either party controlling all centers of power”—and his experience that caucusing with the Republicans “has served New Yorkers well.”

“We’ve done great things together and seen success with many issues including protecting special needs families, free school transportation (a direct help to parents and their families), protecting the bodies of the deceased, and fighting the City’s Bag Tax, to name a few,” Felder wrote at the time. 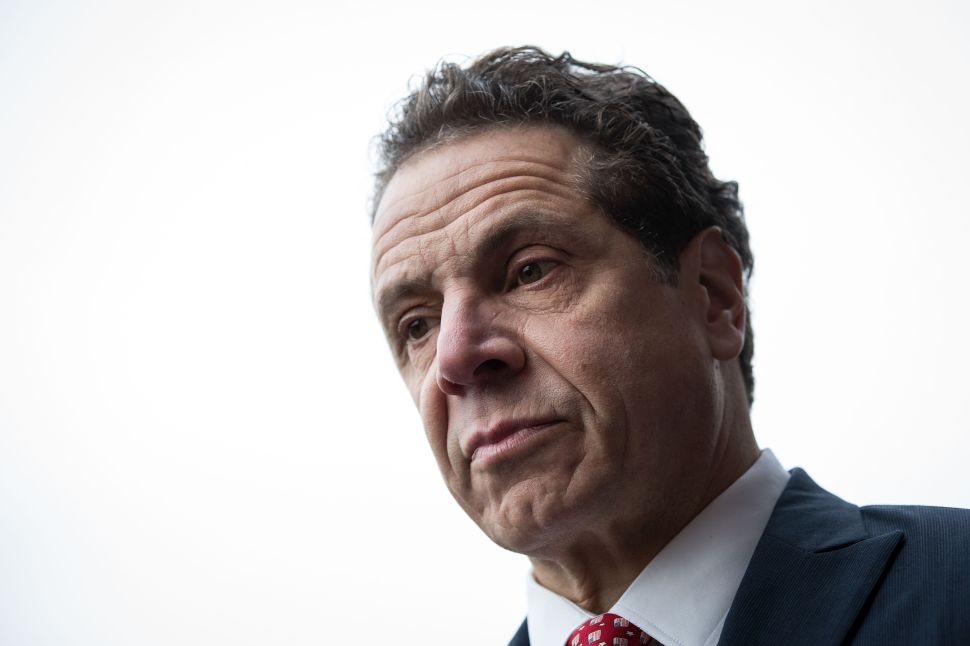