It was once said of the conspiracy-mongering John Birch Society that they see Russians under every bed. Today, the mainstream media is determined to see Donald Trump in bed with every Russian.

This particular bit of delusion, however, has been increasingly hard to maintain. The recent release of a declassified intelligence report on Russian hacking in the 2016 election is a case in point. The report, which was supposed to establish beyond a doubt that Russia intervened in order to aid Trump’s election prospects, instead turned out to be only a screed against Russia Today so thin on evidence that Dan Rather would likely pass on it. Granted, the classified version may have better evidence, but the public can hardly be expected to treat an embarrassingly skimpy report by the nation’s premiere intelligence agencies as infallible based purely on faith. Shamefully, the media treated it as infallible before it was even released, thus inviting the inevitable collision of egg and face.

But that bit of humiliation apparently wasn’t enough, because barely more than a weekend after the release of the last evidence-free report, the media has now not only reported on, but actually published a new report just as scant on evidence as the last. The twist is that this new report comes not from the intelligence community, but instead from a former British intelligence official hired to do opposition research on Trump, who apparently thought his findings so disturbing that they were worth passing onto the CIA and (apparently) most of the mainstream media, since the report floated around newsrooms for months before the listicle and quiz site Buzzfeed decided to sacrifice its ethics on the altar of Trump hate and publish it.

And boy, would you have to be willing to sacrifice your ethics to publish this report. Because while it lacks verifiable evidence for any of its charges, that doesn’t stop it from making charges that would embarrass even the nation’s leading conspiracy theorists. For example, the report alleges that Trump lawyer Michael Cohen secretly met with agents of Russian intelligence in Prague to arrange mutual cooperation with the Trump team in late August of last year. Cohen has responded that he’s never been to Prague in his life, and that he was at the time visiting USC to introduce his son to the baseball coach, a fact that the coach in question has confirmed. Further, one reporter has also confirmed that, based on the geolocations of Cohen’s tweets during that period, it would be nearly impossible for him to have made the alleged trip to Prague.

Another section claims the Russians agreed to leak information on Hillary Clinton to Wikileaks in exchange for the Trump camp keeping the GOP from taking a hard line on Russian intervention in Ukraine. The timeline for this is impossible.

And then, of course, there’s the most infamous part of the report—the part which caused terms like “golden showers” and “pissgate” to trend on Twitter. Specifically, the report alleges that the president-elect has, during alleged visits to Russia, engaged prostitutes to urinate on each other in the very room at the Moscow Ritz Carlton used by outgoing president Barack Obama. This allegation is so ludicrous that stories have already appeared suggesting that it might be nothing more than a prank by the infamous image board 4chan, intended to embarrass anti-Trump Republicans. And while the 4chan story is unproven, it is worth noting that it still has more verifiable evidence supporting it than anything mentioned in the report.

All of these holes in the report were discovered mere hours after its publication, which may explain why Buzzfeed’s intro to the document mentions that it can’t verify the charges. Falsehoods usually prove difficult to verify.

Even the reliably Trump-hating mainstream media has been forced into the uncomfortable through-the-looking-glass position of defending Trump and criticizing the media. The Washington Post‘s prickly media scold Erik Wemple called Buzzfeed’s decision to publish a report that everyone else had passed on for months and that Buzzfeed itself said could not be verified “ridiculous.” The New York Times called it ” a break from typical journalistic practice.”

Naturally, the reader may be inclined to wonder why Buzzfeed published a report it had been trying unsuccessfully to verify for months now, of all times. The answer is that yet another anti-Trump propaganda outlet, CNN, recently released a story claiming that the source for this report is now considered credible by the FBI and CIA, and that the allegations in it are being investigated. Not only that, but both President Obama and President-elect Trump have been told as much and briefed on the allegations.

However, for all its Trump hate, CNN at least had the good taste to word its piece carefully, not commenting on which allegations were and weren’t considered credible by the intelligence community, and not detailing those allegations for fear of spreading false information. Buzzfeed apparently had no such compunctions, and has been subsequently raked over the coals by even otherwise hysterically anti-Trump media figures like David Corn and Tom Nichols. Only living vacuums of relevance known such as crank candidate Evan McMullin, bitter failed consultant Rick Wilson, and the unhinged Louise Mensch, are lending the report—and Buzzfeed—credibility.

Buzzfeed editor (and Observer alum) Ben Smith, meanwhile, has been forced to publish an internal email explaining the publication’s rationale for publishing the story, admitting in the process that even he finds it dubious. But apparently, an editorial team that publicly advertises its weeping over President Obama’s exit from office sheds no tears for the besmirched reputation the president-elect.

The Observer itself has had its own strange Russia-based interactions with at least one of the three reporters bylined on the Buzzfeed story. Miriam Elder got it in her head that Observer reporter Mikhail Klikushin was a phantom planted by the Kremlin. She implied that he did did not exist and based her conclusion in a Buzzfeed story on the fact that “Klikushin’s contact information is impossible to find online.” Later, she tweeted at The Washington Post even more boldly that “‘Mikhail Klikushin’ is not a real person.”

Within minutes after that first juicy story appeared, other reporters, including from BusinessInsider, found Klikushin and debunked her story. Furthermore, the Observer’s editor had already told her that Klikushin had attended Observer events and been photographed there. He had met plenty of Observer staffers and even attended the editor’s son’s bar mitzvah with his young family. There were two hundred guests, including Observer reporters and media people from other outlets. Her thesis that Klikushin was a Kremlin invention was simply wrong and silly.

So Buzzfeed sent another reporter out to harass this guy. And wouldn’t you know it—they found him. At his home in New Jersey. Now the story became, ludicrously, about how Klikushin “Won’t Answer Questions.” Buzzfeed was forced to concede in a headline “Also, he exists (and BuzzFeed News tracked him down).” Neither Buzzfeed nor Ms. Elder has apologized or corrected her story or tweet.

As members of the media, this flagrant disregard for journalistic ethics and responsibility both disgusts and worries us. Freedom of the press in the United States is enshrined in the Constitution, but the rights and credibility of journalists are fragile and can be hurt in all sorts of ways that don’t fall afoul of the US Constitution. Gawker, for example, was crucified in court and forced into bankruptcy for publishing something more verified than Buzzfeed.

Tough, critical reporting on the president elect—on all public officials—is a must if our democracy is to survive. But publishing unverified, provably false claims makes it harder on all members of the press to do our jobs. 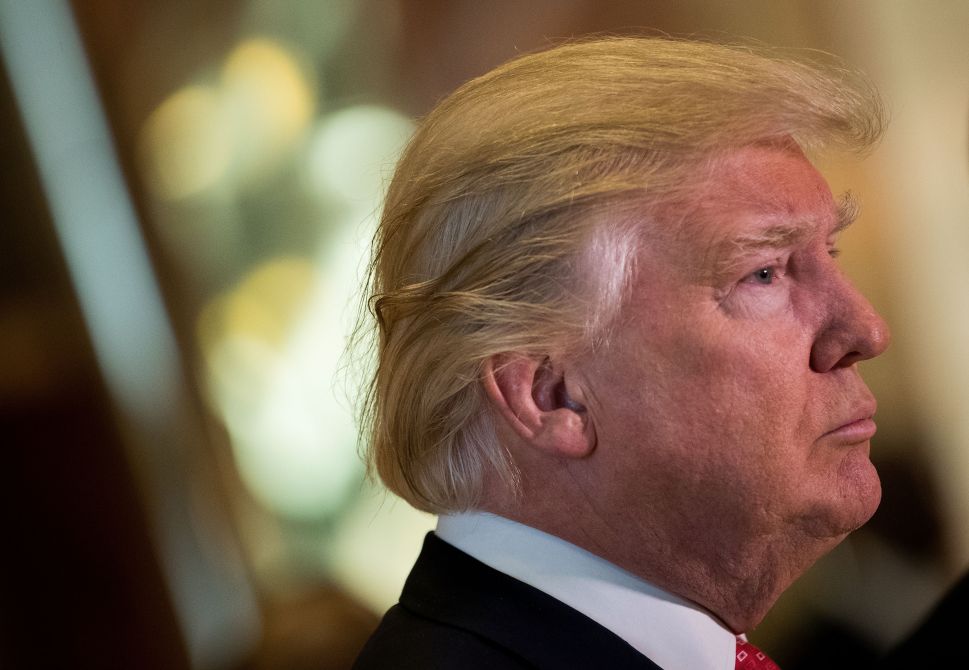