Super Bowl Sunday, that magical time of year when we wonder how soon is too soon to call out of work the next day and how much is acceptable to gamble on a box pool, is almost upon us.  Unfortunately, none of our area’s teams made the big game this year (full disclosure, neither did my 49ers, but at least I got a ton of controversy with poor on field results as a consolation). And in addition to the Super Bowl this year, in just over nine months, New Jersey has its gubernatorial election.

This got me wondering: can the winner of the Super Bowl predict whether a Republican or Democrat will be the next governor?  After exhaustive research I came to what might be a surprising conclusion: no, of course it can’t. But in today’s world of alternative facts, let’s try and pretend it can, just to have a little fun.

Since the advent of the big game, there have been 12 Super Bowls played in years where New Jersey had a gubernatorial election.  Good news Patriots’ fans – the American Football Conference (AFC) has won eight of those games.  And good news New Jersey Republicans, because the Republican candidate for governor has won seven of those elections.

But a deeper dive into the numbers shows if you happen to be a Patriots’ fan and GOPer living in New Jersey, you might have to figure out where your loyalties lie.  While the National Football Conference (NFC) has only won four of the aforementioned 12 games, only one Democrat has ever made it to Drumthwacket in those four corresponding years. So if you are a die-hard Republican, throw that Julio Jones jersey on and start learning the phrase “Matty-Ice”.

As for the Democrats, well, I know this thought might sicken any warm blooded New Jerseyan, but you might be better off rooting for Tom Brady and the Patriots (that may have been the most difficult sentence I have ever had to type).  In the eight years where the AFC won the title, Democrats and Republicans have split the election results, four wins a piece. The snazzy chart below provides a breakdown:

Here is a run-down of past Super Bowl and New Jersey gubernatorial election years.

The New York Jets (AFC – called the American Football League at the time), led by “Broadway Joe” Namath beat the Baltimore Colts (NFC – called the National Football League) 16-7 for their first (and as everyone knows, only) Lombardi Trophy.  William Cahill (R) is elected governor after beating former Governor Robert Meyner (D) by nearly 60% of the vote in that November’s election.  This is the only time the Jets, Giants or Eagles will win a Super Bowl in a gubernatorial election year.

The Miami Dolphins (AFC) complete the only perfect season in NFL history by beating the Washington Redskins (NFC), 14-7.  Brendan Byrne (D) takes 66% of the vote to defeat Charles Sandman, Jr. (R) in the race for governor.

The Oakland Raiders (AFC) beat the Minnesota Vikings (NFC), 32-14, still the last Super Bowl appearance by the Vikings (who, despite not being back to the big game in 40 years, still have an 0-4 record in the Super Bowl). Brendan Byrne (D) beats Ray Bateman (R) to win reelection to the Statehouse.

The Oakland Raiders (AFC) beat the Philadelphia Eagles (NFC) 27-10 in a game noteworthy just for the fact that the Eagles were actually playing in it. Tom Kean (R) defeats Jim Florio (D) by just under 1,800 votes (or roughly the number of times the Eagles have watched another team win the Super Bowl) in November.

The San Francisco 49ers (NFC) crush the Miami Dolphins 38-16, proving once and for all that Joe Montana was a better quarterback than Dan Marino.  Tom Kean (R) defeats Peter Shapiro (D) by winning (literally) nearly every single town in the state.

The San Francisco 49ers (NFC) edge out the Cincinnati Bengals 20-16 on Joe Montana’s last minute drive, proving once and for all that Joe Montana was a better quarterback than Boomer Esiason.  Jim Florio (D) defeats Jim Courter (R) 61-37% to win the governor’s office.  It is the only time the NFC and a Democrat have won in the same year.

The Baltimore Ravens (AFC) squeak out a 34-7 win over the New York Giants (NFC), the only time the Giants appear in a gubernatorial election year Super Bowl (despite the score, yes, they technically did appear in this game). Jim McGreevey (D) defeats Bret Schundler (R) to become the state’s next governor.

The New England Patriots (AFC) defeat the Philadelphia Eagles (NFC) 24-21, breaking the hearts of countless Eagles’ fans who really really meant it when they said this was the year.  The Patriots small margin of victory, however, proves once and for all that Joe Montana was a better quarterback than Tom Brady.  Jon Corzine (D) defeats Doug Forrester (R) to move from the U.S. Senate to the Statehouse.

Regardless of which team you root for, or which political party you affiliate with, Super Bowl Sunday remains a time to visit with friends and family, enjoy what will hopefully be a good game, and ignore that one relative whose political leanings make you shiver.  So here’s looking forward to the Patriots-Falcons matchup, and for a score that matches your box pool numbers.

Chris Donnelly is a Principal at the public affairs and consulting firm Kivvit, located in Asbury Park.  In his spare time, he pretends to be an author.  He’s written two books, Baseball’s Greatest Series: Yankees, Mariners, and the 1995 Matchup That Changed History, and How The Yankees Explain New York. 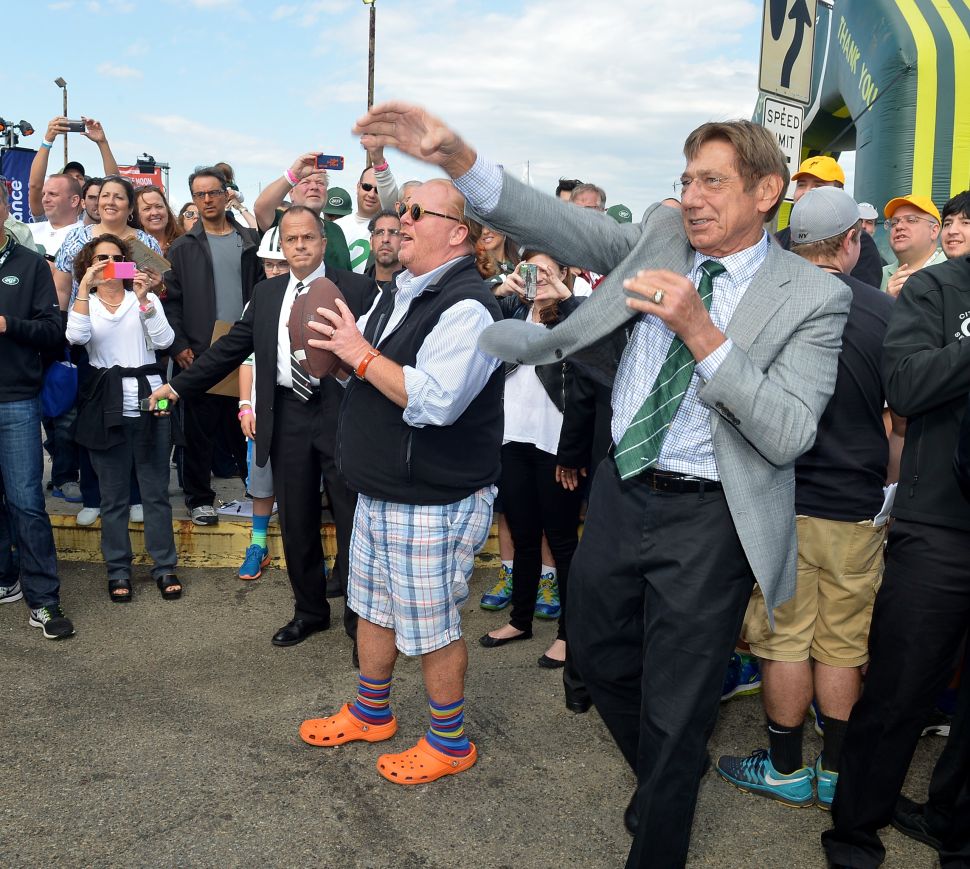