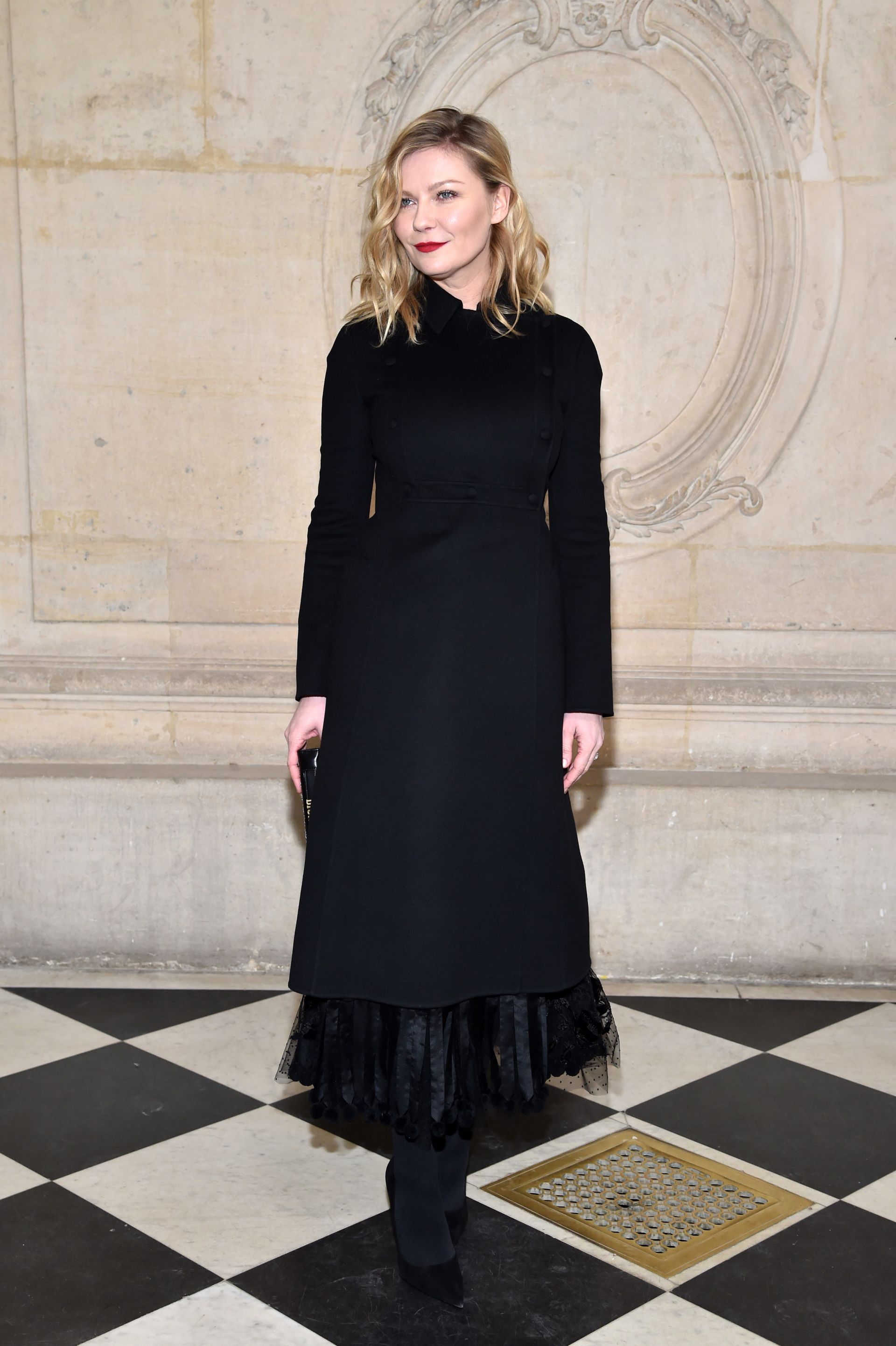 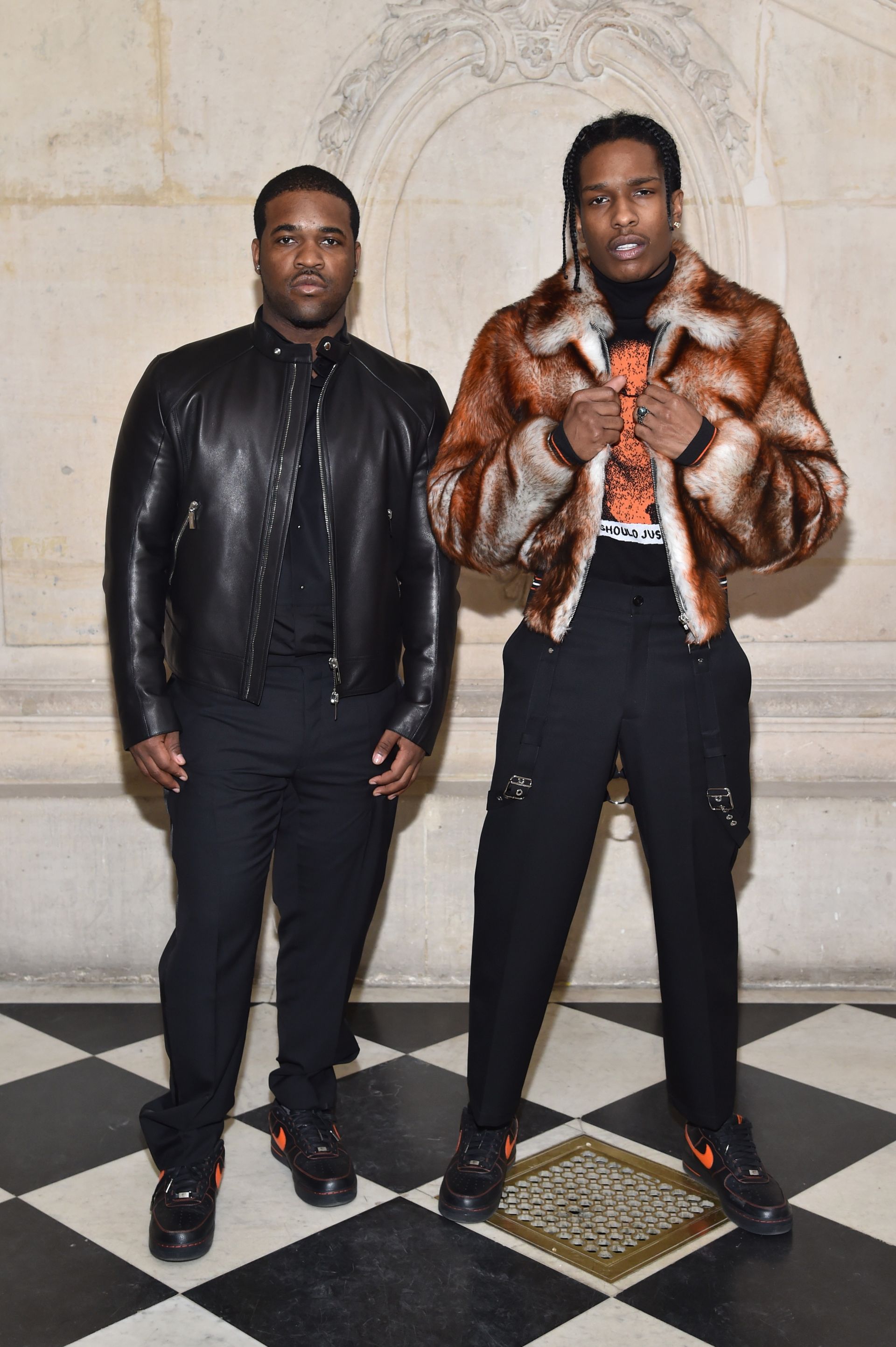 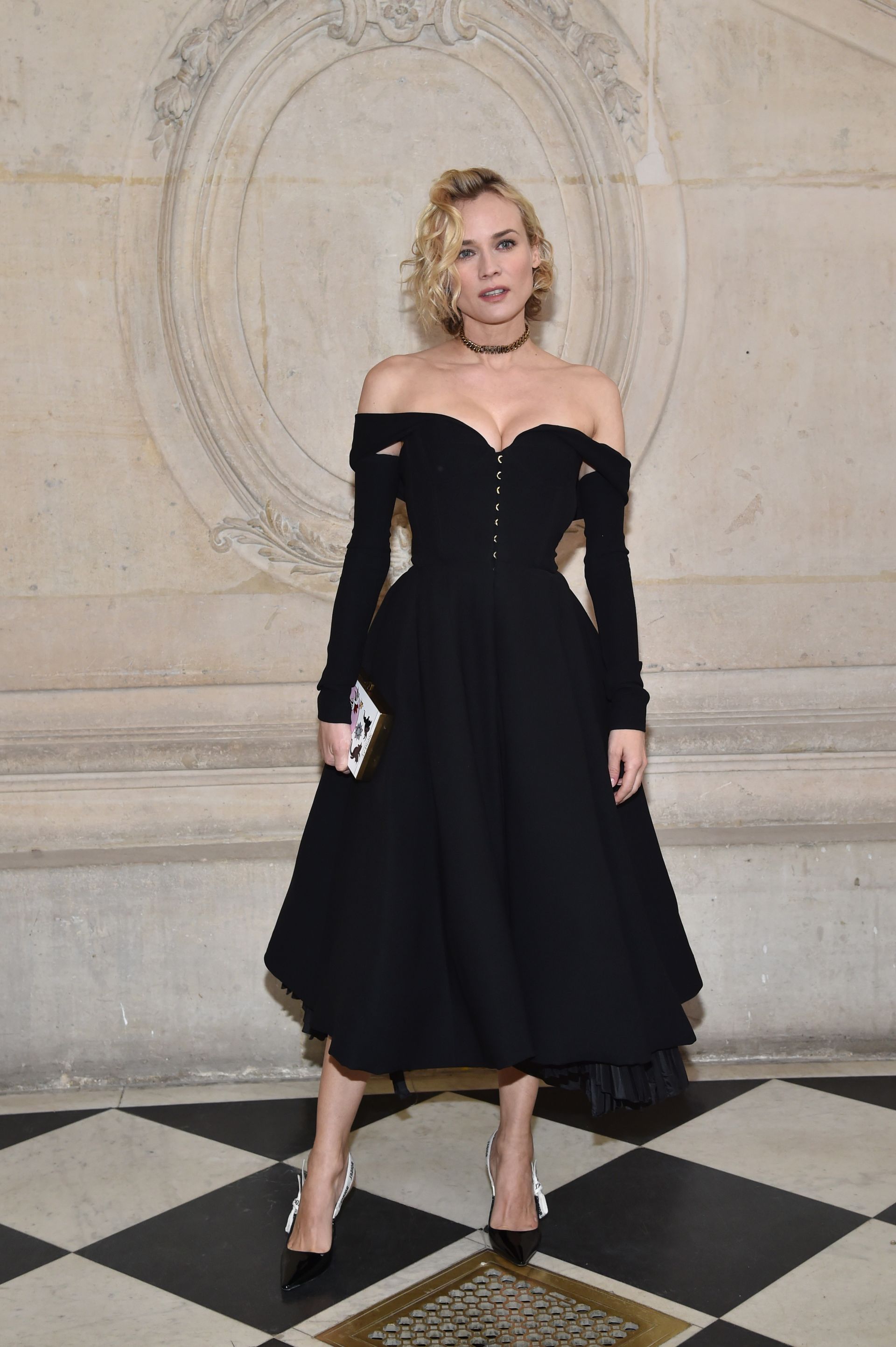 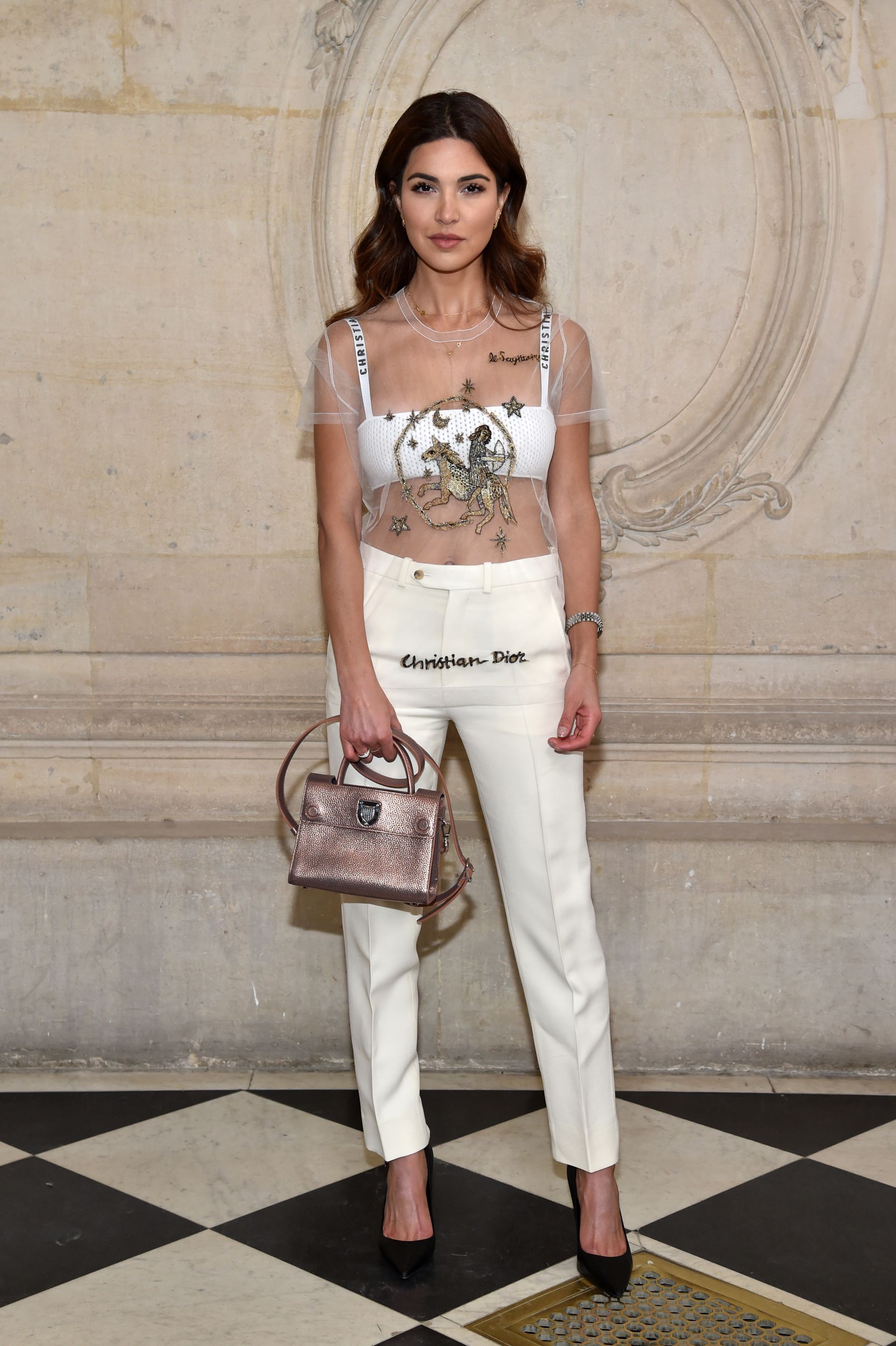 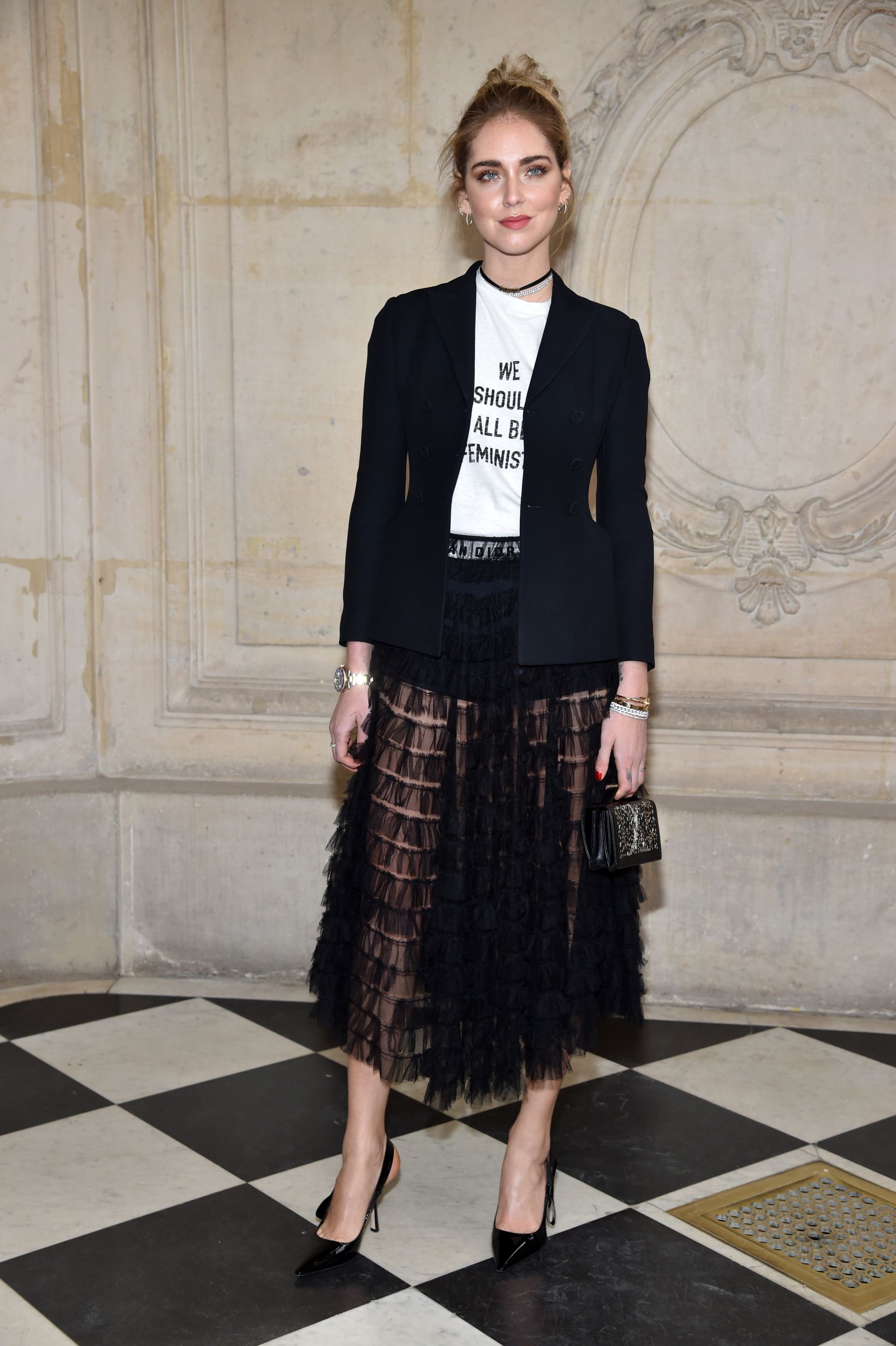 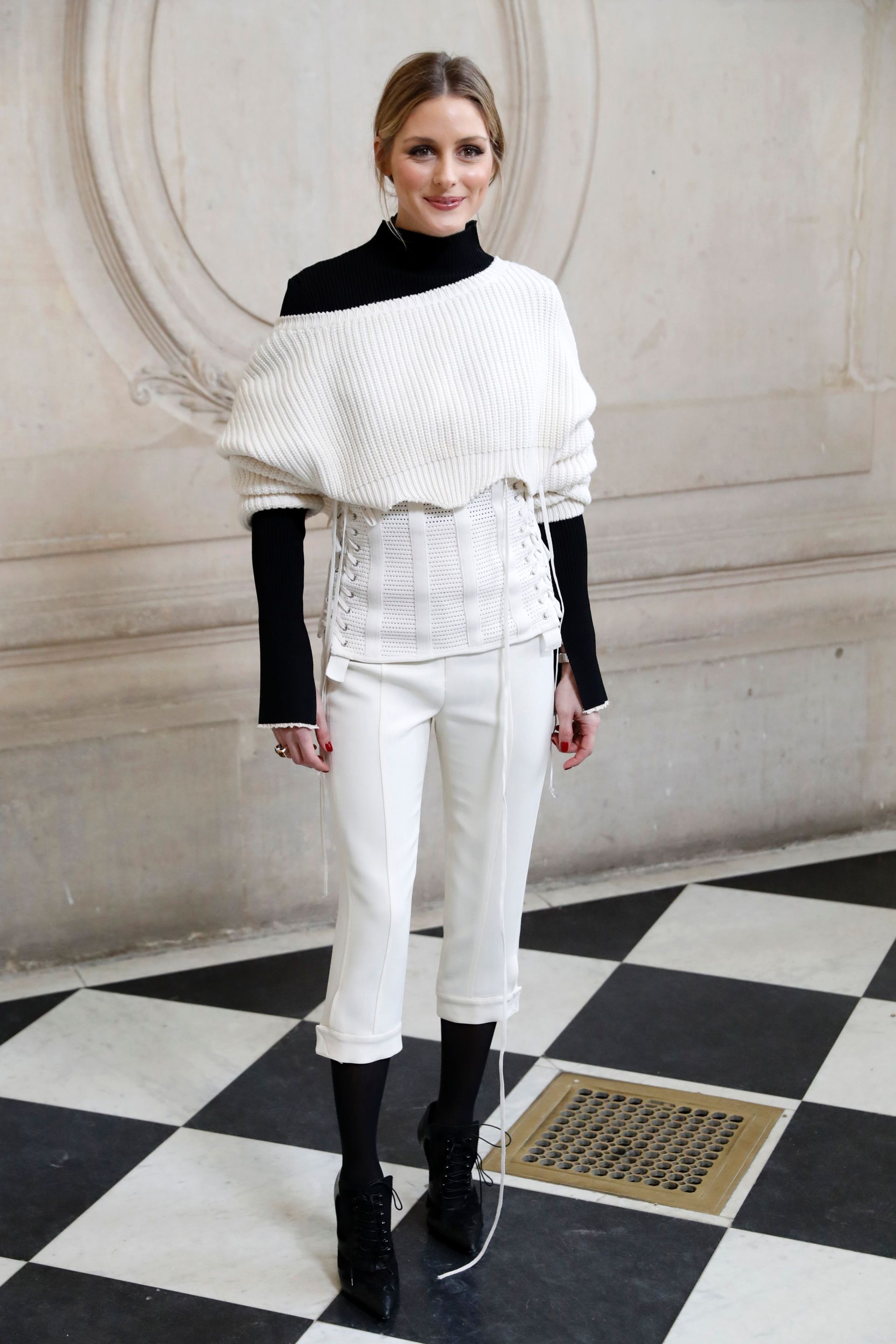 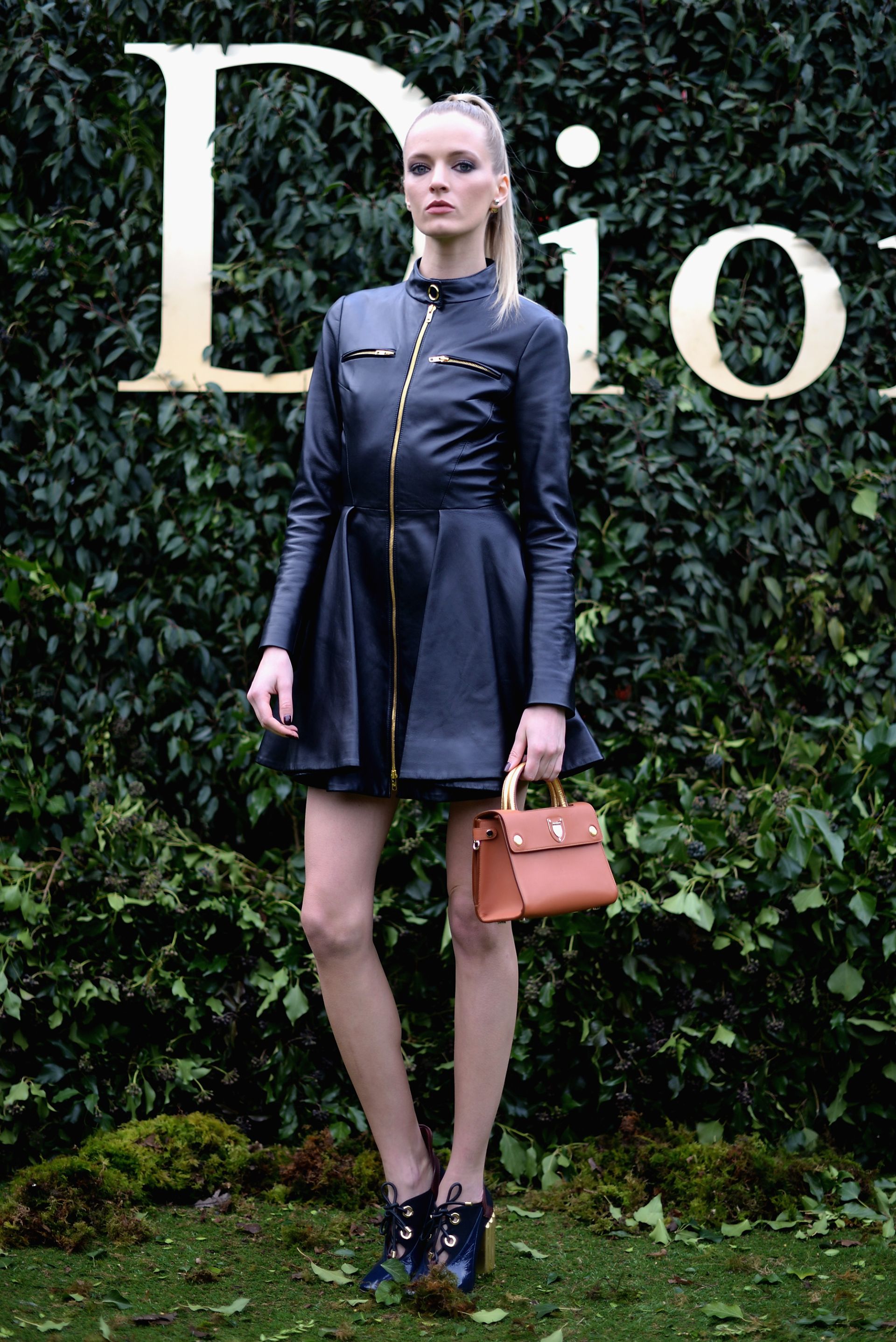 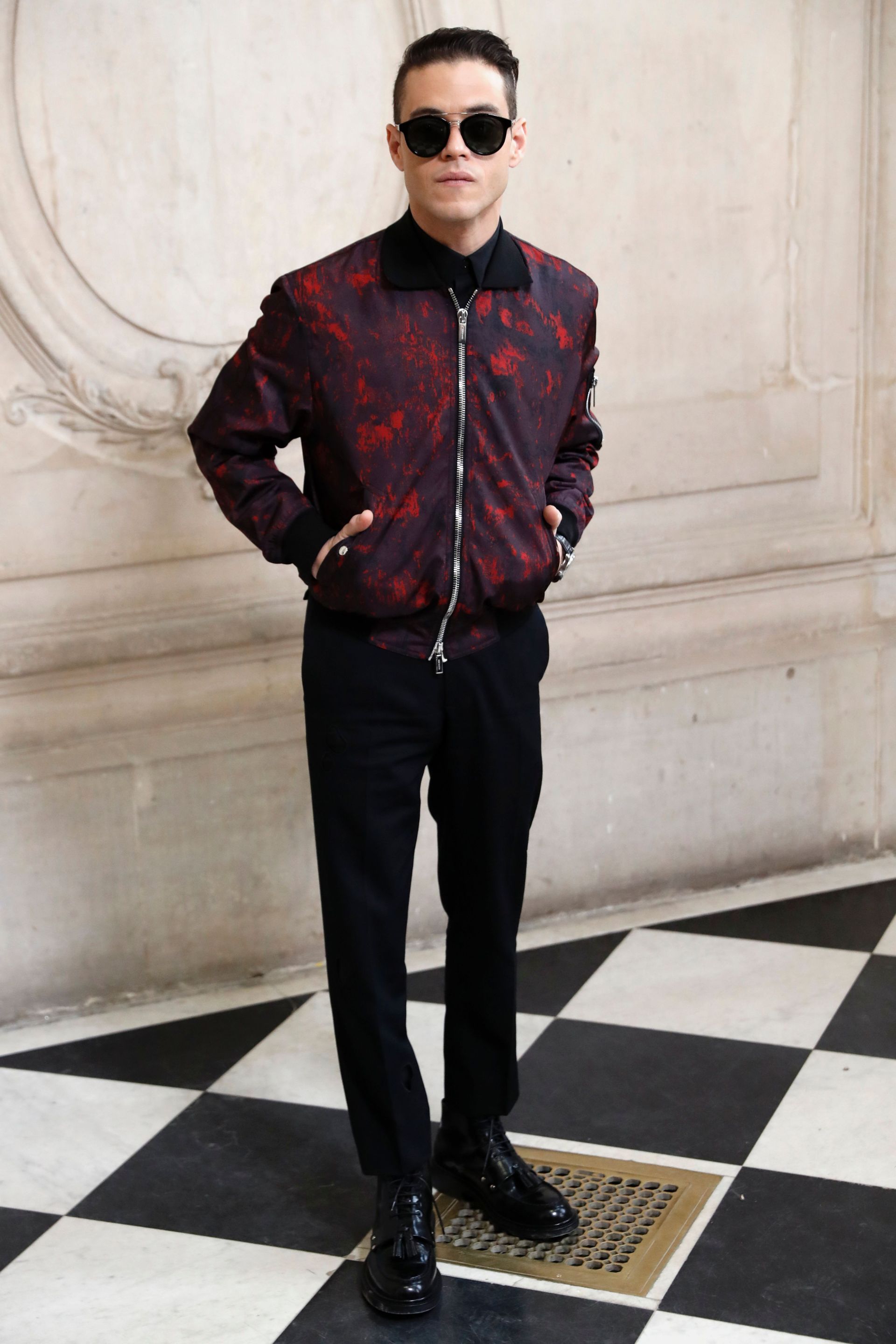 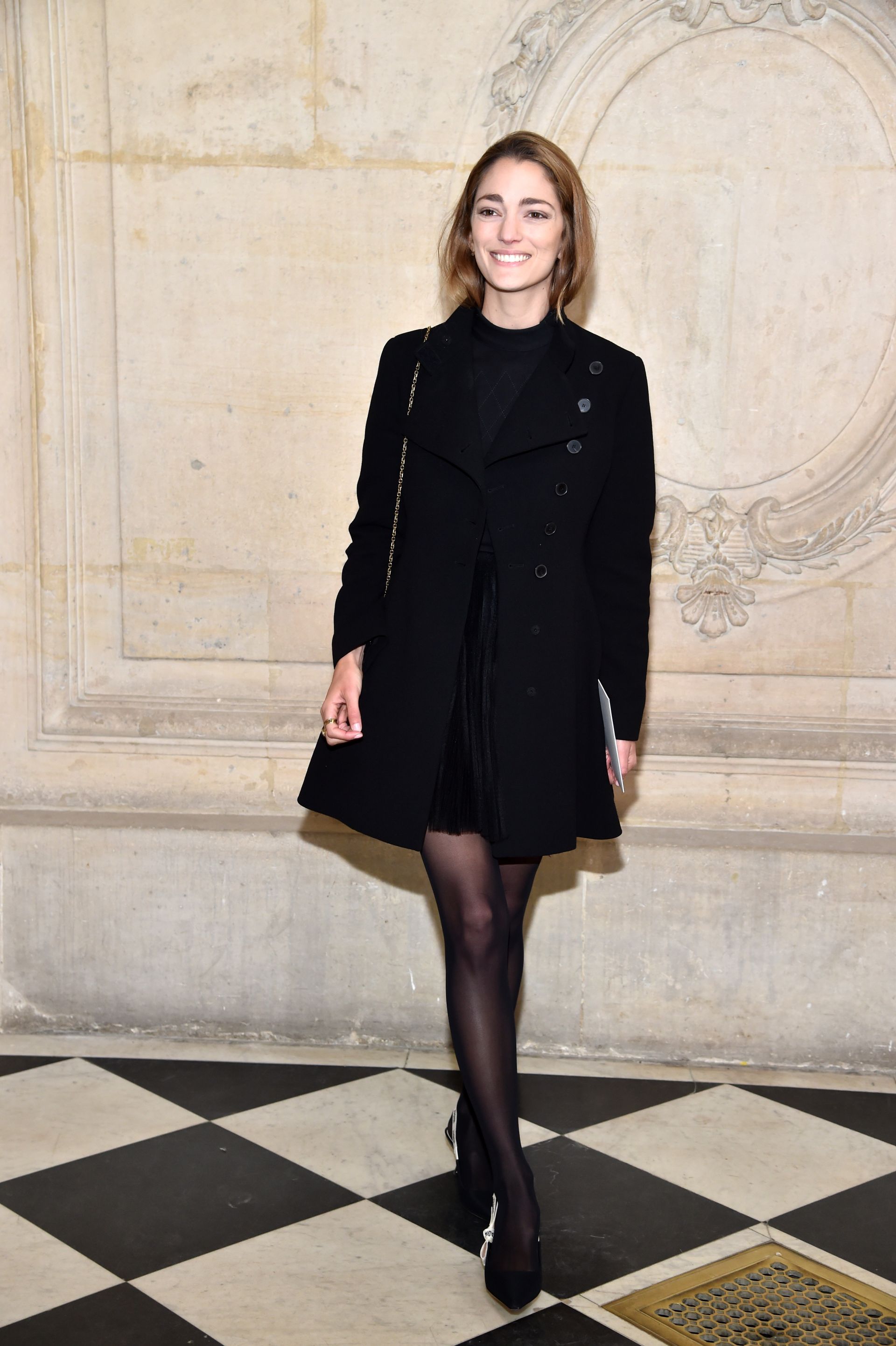 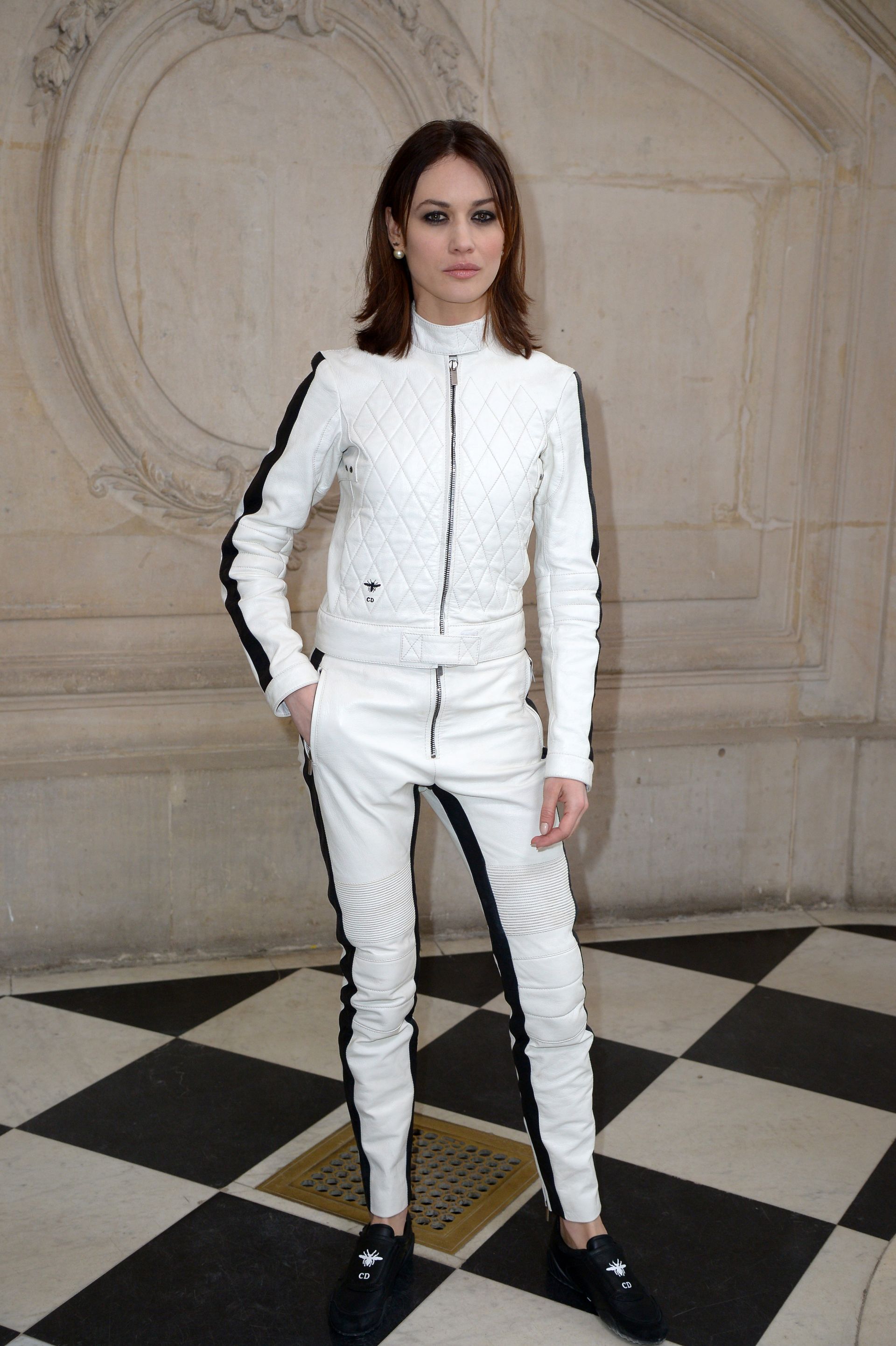 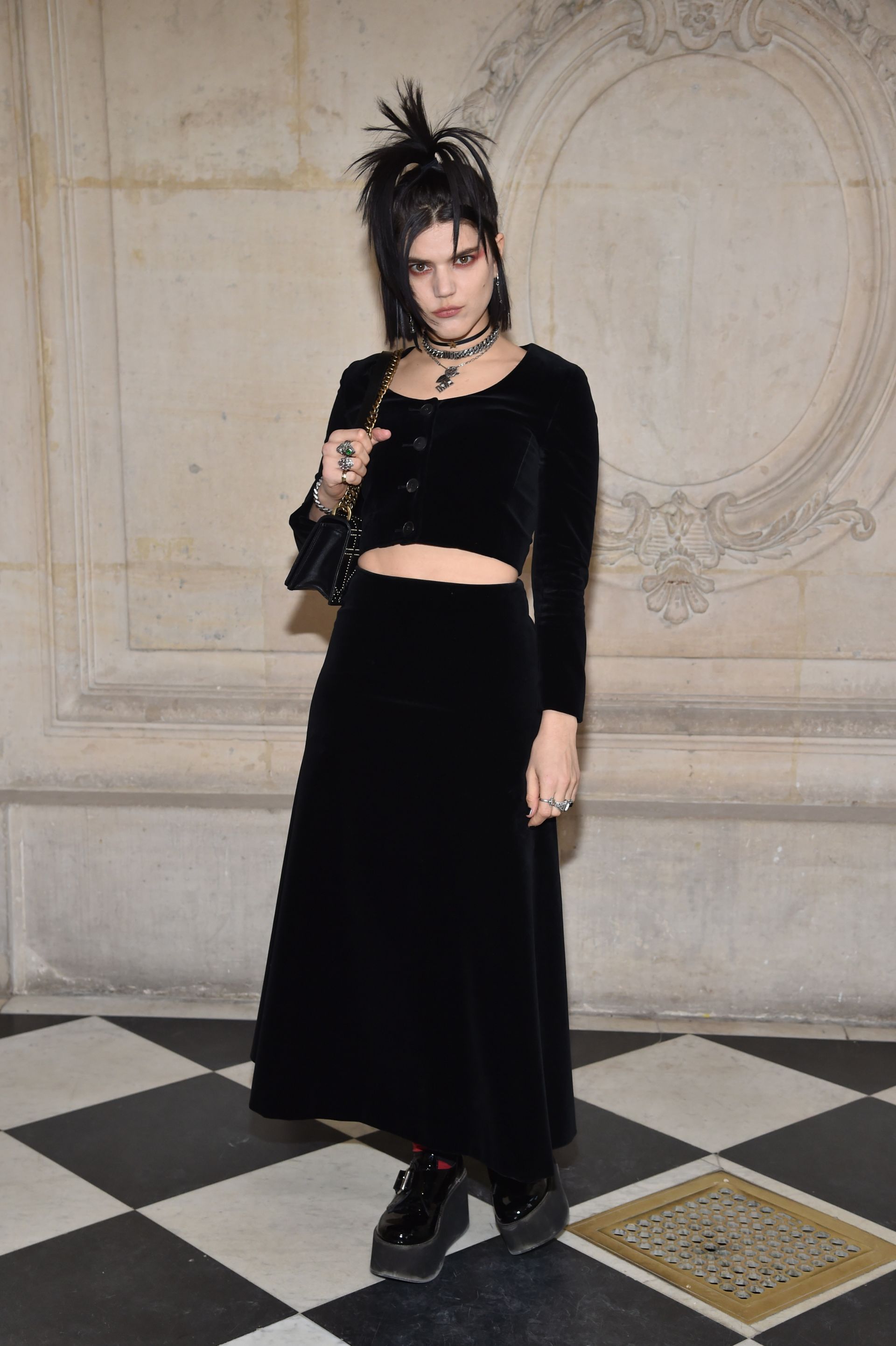 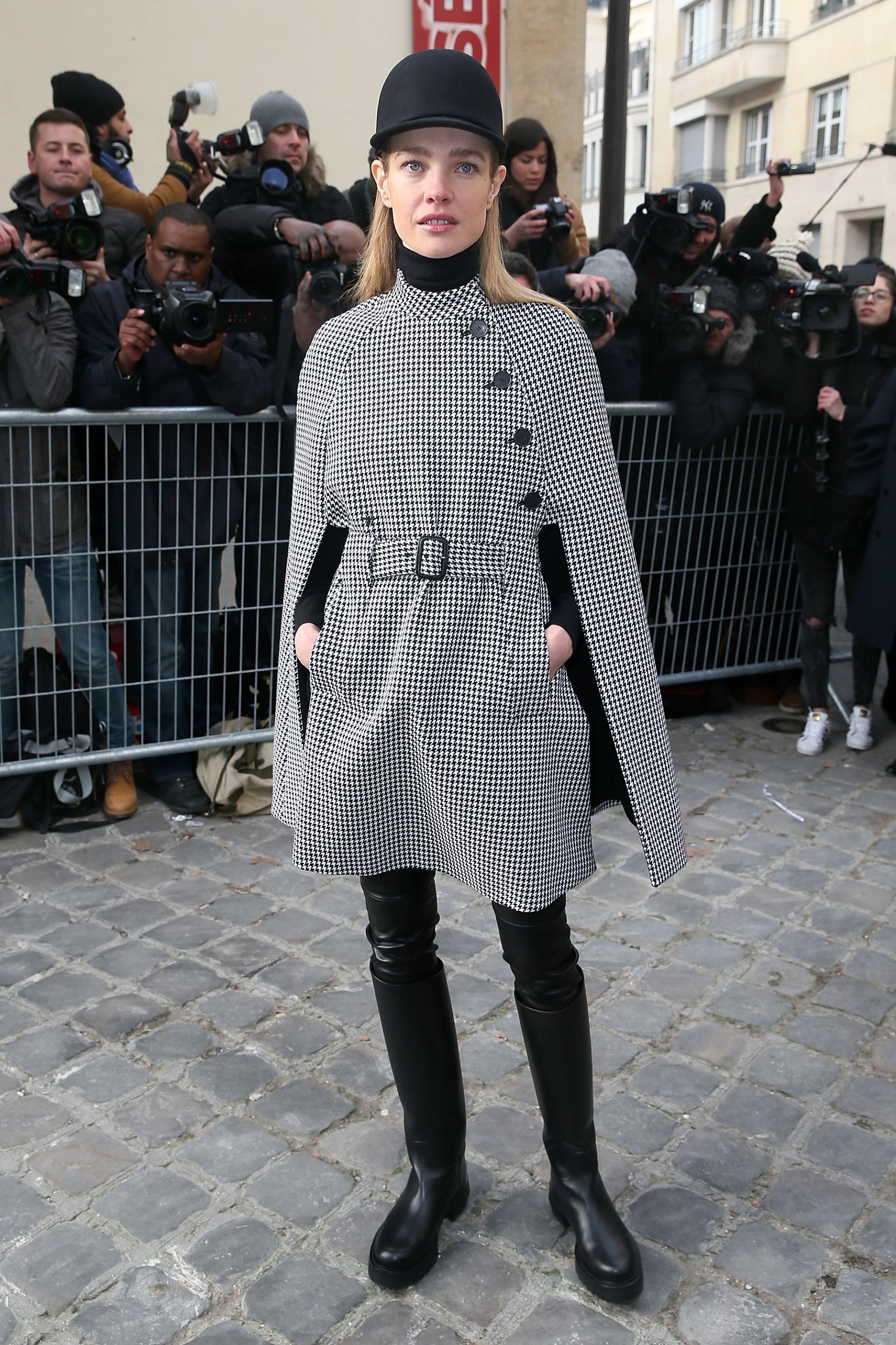 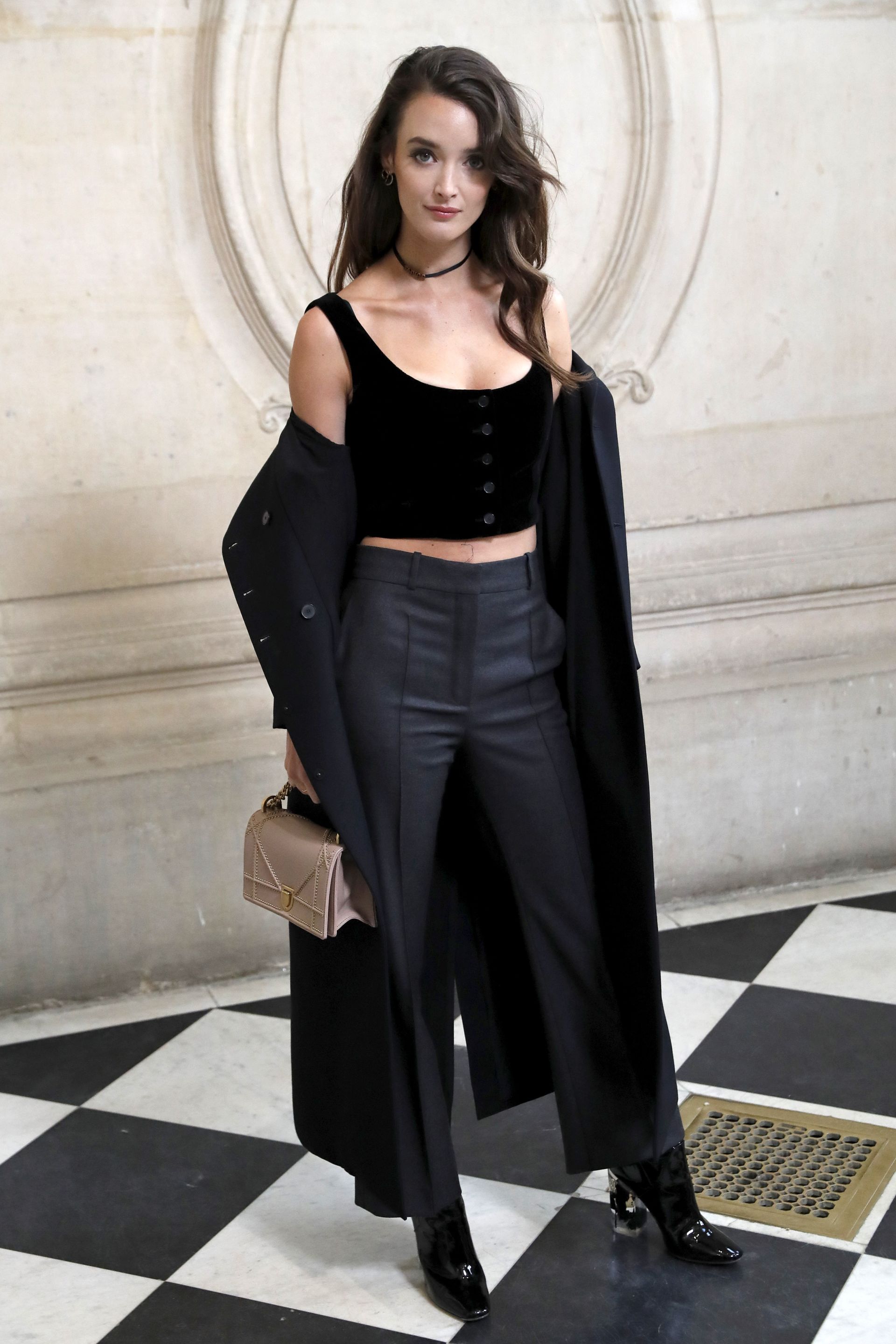 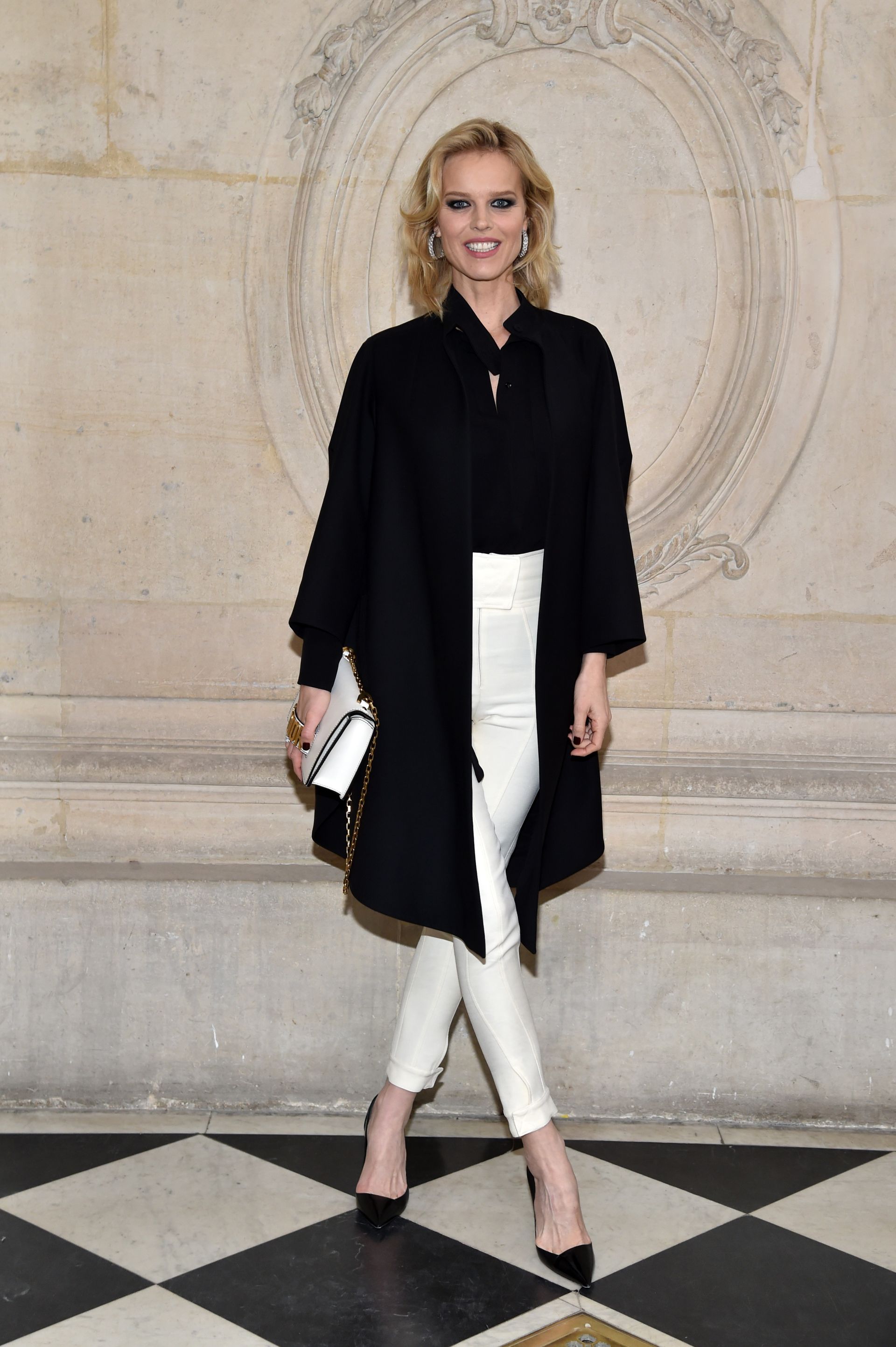 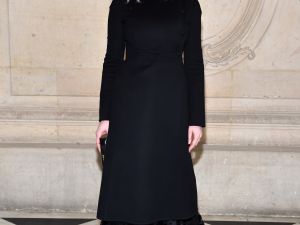 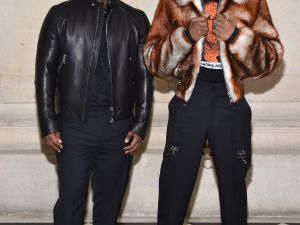 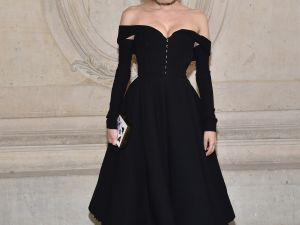 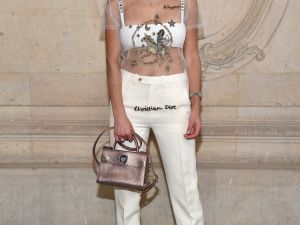 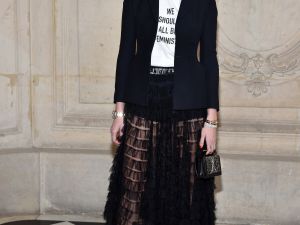 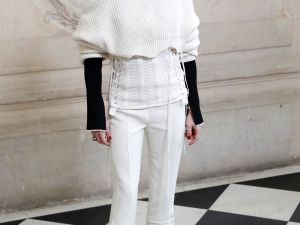 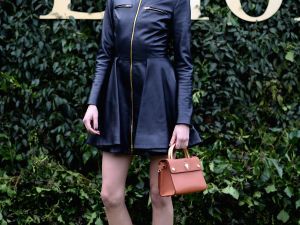 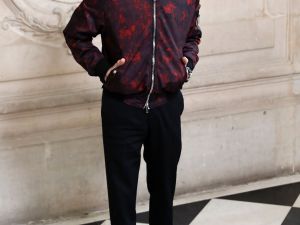 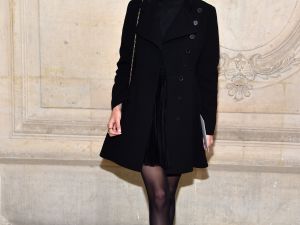 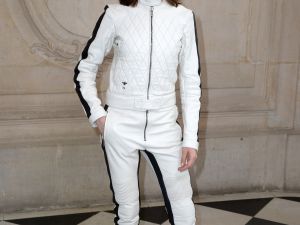 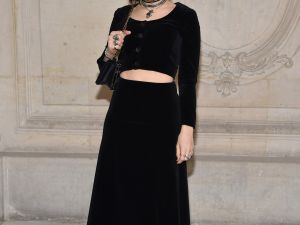 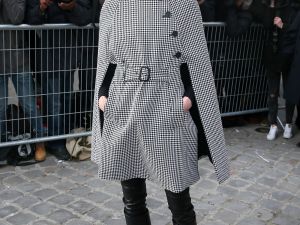 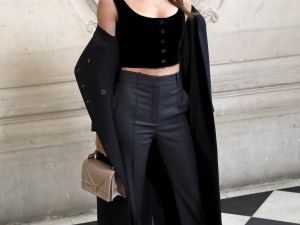 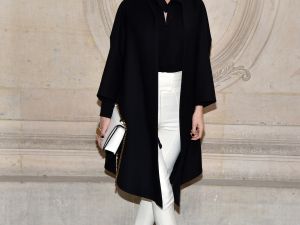 Maria Grazia Chiuri‘s inaugural Couture collection for Dior has been so highly anticipated that a few fashion critics predict it’s a pool from which countless Oscar gowns will be plucked from.

And yes, the frocks that were unveiled in the ethereal/enchanted forest (which was located inside of Paris’ Musee Rodin and whipped up by production agency Bureau Betak) were quite worthy of being worn to the top red carpet event of the year. You could also bet that a few of the metallic ones will likely be worn to the top soirée of the year, the Vanity Fair after party that follows the Oscars.

However, the first eight looks of the Haute Couture collection were all-black, including a hooded blazer and a cropped cape. That also includes the masks that each of those eight models donned. A few white and nude frocks followed, plus the odd green or red dress, but most of the range was offered in one dark hue: black.

Even the celebs in the front row somehow managed to dress in either black or white or both, all in clothing from the Dior maison. The starlets largely remained successful in keeping their look void of actual colors—save for the occasional bronze handbag or fur jacket. Olivia Palermo channeled Carrie Bradshaw in a white corset and off-the-shoulder sweater with coordinating capri trousers while Chiara Ferragni made a major statement with a rather timely Dior shirt that read “We Should All Be Feminists.”

Meanwhile, Diane Kruger served up some major sex appeal in a sweetheart neckline frock that offered up plenty of cleavage alongside her tousled and curled ‘do. The boys in attendance did add a few pops of color to the crowd, with ASAP Rocky‘s cropped fur coat and Rami Malek‘s floral bomber jacket.

So what’s the moral of the story here? You now have full permission, from an established fashion brand and a slew of celebrities, to adopt an all-black wardrobe. Well, as long as you consider adding in a white sweater or a pair of trousers, for variation, of course.