Average annual snowfall in Raleigh, North Carolina, is only about seven inches, according to Wikipedia. Compare that to a place like Ithaca, New York, which gets 18. With so little snow, one would not think that the southern city would be home to the best skiers, at least not on snow. One guy, though, really seems to know what he’s doing… on the roads.

In a video entitled “Snow Day in Raleigh,” now trending near a million views on YouTube, a car spots a skier shredding the icy streets of the southern town, pulled by what looks like a skier’s rope. The driver decides to follow him, hoping for a crash.

The skier deftly drifts from side to side on the streets, passes up onto the lawns and even seems to tease his onlookers by putting himself in what looks like dicey situations. Several times he lets himself get drug into positions where it looks like he’ll slam into a tree or a stop sign. You can hear the eagerness of his stalkers videotaping him from the car.

But does the deft skier ever go down? Hit play above. 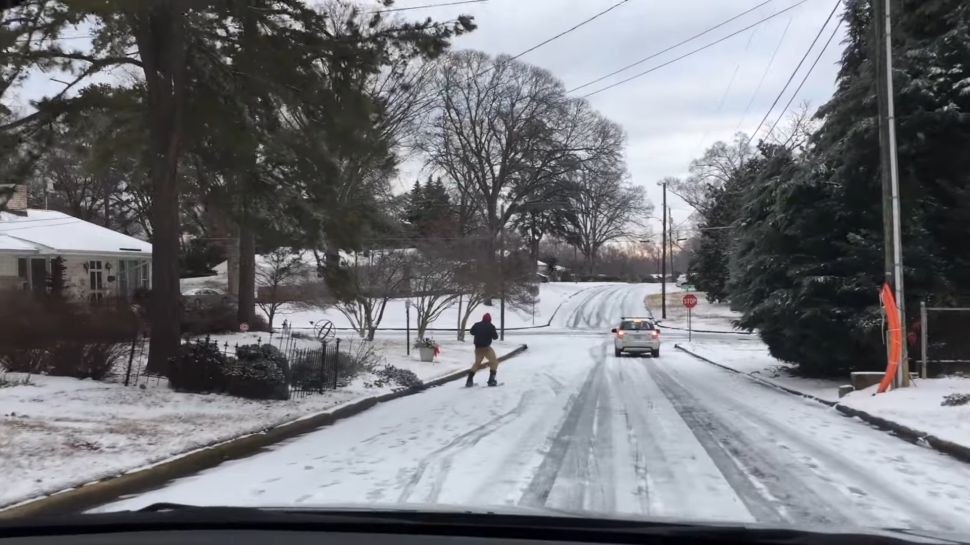