Chelsea Manning has suffered inhumane treatment over her six years in detention after leaking classified state secrets as a United States Soldier to Wikileaks. The leaks she provided exposed the United States Government ignoring torture in Iraq, U.S. Military operators indiscriminately killing civilians (including journalists from Reuters), and several other disturbing revelations.

Manning was convicted in 2013 under the Espionage Act and sentenced to 35 years in prison. Immediately following the sentence, Manning filed a formal request for a presidential pardon. “I only wanted to help people,” Manning said in a statement. “If you deny my request for a pardon, I will serve my time knowing that sometimes you have to pay a heavy price to live in a free society.”

NBC News reported that Manning is on President Obama’s short list to receive a possible commutation for her sentence. Obama has received immense criticism for his administration convicting more people under the Espionage Act than all previous presidential administrations combined. Civil liberty groups attacked the Obama Administration for placing Manning under solitary confinement for attempting to commit suicide twice in 2016.  After her arrest in 2010, the United Nations torture chief concluded from a 14 month long investigation that, “the US military was at least culpable of cruel and inhumane treatment in keeping Manning locked up alone for 23 hours a day over an 11-month period in conditions that he also found might have constituted torture.”

The treatment of Manning under the Obama Administration will forever be a stain on President Obama’s legacy. Under his administration, whistleblowers were punished for providing the public with information as to the criminal behavior of the U.S. Government. In contrast, top government officials were provided impunity after evidence was exposed.

Director of National Intelligence James Clapper committed perjury in 2013 when he lied under oath to Congress by saying that the National Security Agency (NSA) did not conduct mass surveillance on the public. NSA Whistleblower Edward Snowden revealed the extent of this highly unethical government program, which President Obama has vociferously defended. Obama’s Administration called the telephone surveillance program a “critical tool” in the war against terrorism. However, six months later The Washington Post reported that an independent review board ruled that there was not a single instance in which the program made a difference in counter-terrorism efforts.

CIA Director John Brennan lied about CIA officials hacking the computer servers of congressional staff from the Senate Intelligence Committee when the committee was investigating the CIA’s interrogation and detention program. “I have grave concerns that the CIA’s search may well have violated the separation of powers principles,” Senator Dianne Feinstein (D-CA) said in 2014, adding that the CIA may have violated the fourth amendment and other laws. CIA Director Brennan and other CIA officials were not reprimanded in any way for this conduct.

Former Secretary of State Hillary Clinton was granted impunity from circumventing Freedom of Information Act laws in her unauthorized use of a private email server during her service. Attorney General Loretta Lynch suspiciously met with Bill Clinton on an airport tarmac in Phoenix days before the FBI concluded their investigation into Hillary. Neither Clinton nor Lynch suffered any consequences for their actions.

In 2015, after overtly mishandling classified information, General David Petraeus received a slap on the wrist, while lower ranking individuals were prosecuted, jailed, and vilified.

This double standard of shielding the elite and establishment leaders was exercised across the board during Obama’s Administration. Indeed, no big bankers were jailed after the 2008 economic recession. Senator Elizabeth Warren (D-MA) called Obama’s Administration “shockingly weak” on prosecuting corporate crimes. While loyal partisans remember Barack Obama’s presidency in melancholic admiration, history will remember him for enabling the spread of corruption and providing a lack of accountability at the highest levels of government. 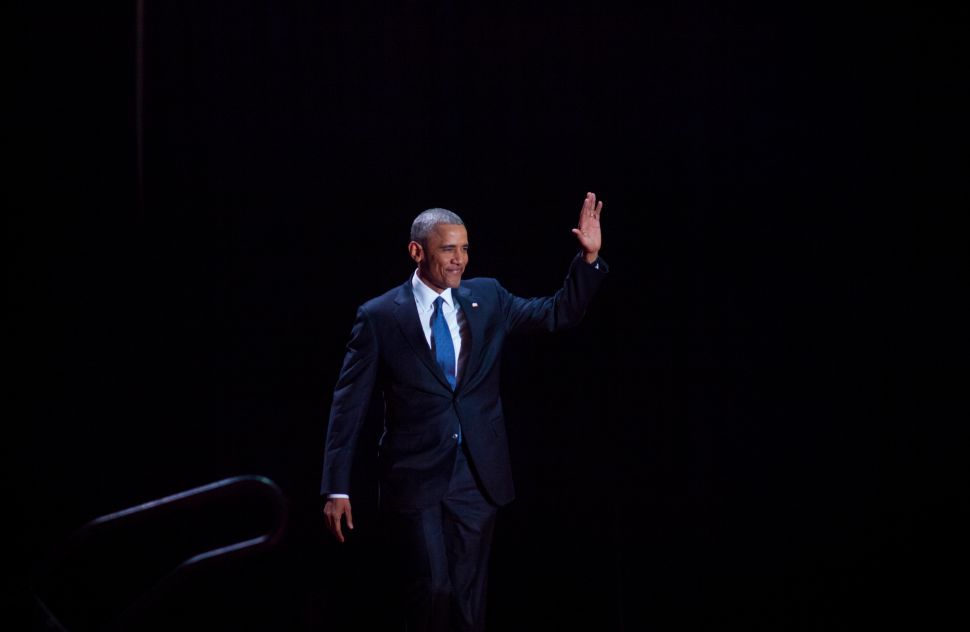