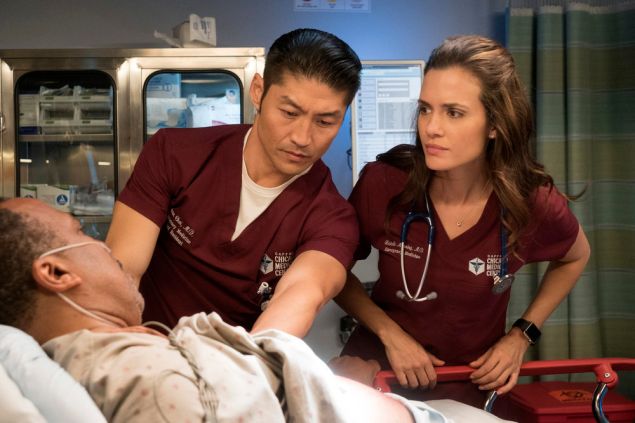 Nobody in their right mind wants to end up in this location, but many people do like to peek behind the curtain to see what’s happening there. Ending up in the emergency room at a busy hospital isn’t anyone’s idea of fun, but watching the inner workings of that department does hold a certain fascination for many people.

Chicago Med, the latest series born of Dick Wolf’s ‘One Chicago’ franchise, gives those curious about what truly happens at a busy hospital their fix.

With a large ensemble of doctors, nurses and administrators, the series features life-or-death decisions, intricate procedures, and medical mysteries as well as a deep dive into the personal lives and backstories of all of those working at the medical center.

Co-Executive Producers Andrew Schneider and Diane Frolov explain the process for crafting the narrative. “At the beginning of the season, we arc out in very broad strokes what each character will go through, and then we move the medical cases in,” explains Schneider. “We do it that way so we know where we’re headed with the emotional aspect of the series,” says Frolov.

Schneider adds, “The actual process of marrying the character beats with the medical part varies from episode to episode. Sometimes we say, ‘what’s a medical case that would facilitate where we want to go dramatically?’ Sometimes there’s a great medial story we want to tell, but we have to figure out how is it going to affect the doctor who’s treating the patient. We always need the emotional component for the doctor.”

The actors themselves admit that they don’t want to know too much about what’s in store for their character. Colin Donnell, who plays Dr. Connor Rhodes, says, “When I get too far ahead it starts to affect the way I play things earlier on so I don’t really want to know what’s coming too far in advance. I love spontaneity and being thrown off kilter.”

Yaya DaCosta, who plays nurse April Sexton, reveals that she sometimes has a little anxiety when she first reads a script. “Usually there are one or two moments that I’m like, ‘oh!’ Wait, oh, oh! That’s happening?!’ I’m one of those people who wants to know everything, but I’ve learned the value in not knowing. There’s something about going along for the ride and being genuine in every single moment and never hinting at the future.” 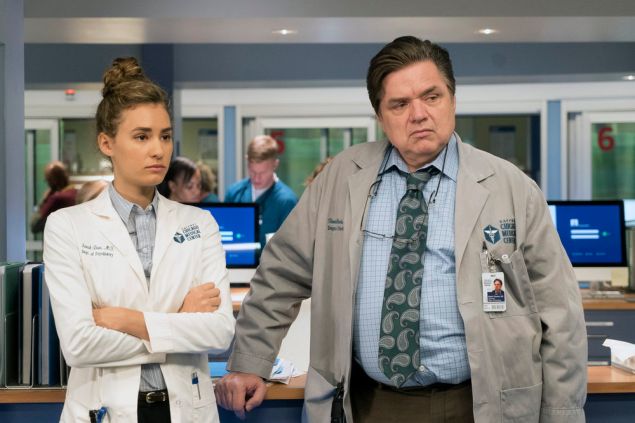 Joining Sexton on the Med nursing staff is Maggie Lockwood played by Marlyne Barrett, who brings an interesting background to her role. “My sister is an OB/GYN doctor in Los Angeles, and my mom is NICU nurse, so I’ve been around medicine for years. I also did some medical training myself as well, working with a charge nurse, so I’m all in for this. Some of it feels oddly familiar to me and I think that helps me a lot in bringing an authenticity to Maggie.”

Torrey Devitto, who scrubs in as Dr. Natalie Manning, says that actually performing the medical procedures is one of the most intense parts of working on the series. “We’re working with real actors and prosthetics and you get really nervous about hurting them. Like when I have to cut into someone, I’m always like, ‘I’m not cutting you, am I?!’ Then there’s the blood. Yes, it’s fake blood, but there’s always a lot of it and that can freak you out when it’s pouring out of someone.”

If caught in a real life emergency, DeVitto laughs as she says, “No, I won’t step in! I would help out by dialing 9-1-1!”

Both DaCosta and Barrett express that working on Med has helped them form very specific opinions about their real-life counterparts actually working in the field.

“I’ve gained so much appreciation for nurses because they have this high level of compassion for people that they’ve never met. Not everyone can be that selfless. It’s really a gift,” says DaCosta.

Barrett adds, “And, what’s also impressive is about doctors and nurses is that they can take care of the business of medicine while they’re also managing the emotions of their patients and the patient’s loved ones, all while focusing on the care that this person needs. That’s certainly not easy to do.”

Playing the hospital’s resident psychiatrist, Dr. Daniel Charles, Oliver Platt, says, “Psychiatry in the emergency department is really a developing area. More and more emergency rooms are employing psychiatrists because more and more people are realizing that they need help and they don’t have the funds to see a $400 an hour doctor.” He adds, “And really all actors, whether we know it or not, are fascinated by psychiatry. That’s what we do; we get inside the mind of the character that we’re playing. I love doing this.”

Platt points out that more and more television is about complex mental issues as well. “There are so, so many shows that explore that gray area of the mind and what people do and why they do it – look at Breaking Bad. There’s a great example.”

One of the most interesting onscreen pairings on Med is the duo of Dr. Charles, a veteran in his field, and Sarah Reese, a young doctor just finding her way. Rachel DiPillo portrays Dr. Reese

The match-up was Platt’s idea. “I was having a convo with EPs, and I said, ‘Sarah Reese? Psychiatry? right? And they were like, oh that’s a good idea.’ But, I can’t really take credit because I think that’s where they were heading, they just didn’t know it.”

But, executive producer Schneider absolutely gives Platt the credit for noticing the connection. “He did plant that idea [of the two of them working together] because he liked acting with Rachel,” says Schneider. “I don’t think anyone really saw it coming. She was supposed to go into pathology. So it was a great surprise and the two of them together has been fun.”

One thing everyone involved with the series is not surprised by is the show’s success.

“We certainly don’t want to boast, but we knew it was good as soon as we got the scripts,” says S. Epatha Merkerson, who appears weekly as hospital administrator Sharon Goodwin. “Everyone knows that good writing is what makes a series.”

Living up to the legacy of past great medical dramas, such as St. Elsewhere, and two Chicago-set series, ER and Chicago Hope, isn’t something that the team consciously worries about, says Merkerson. “We look to those shows for inspiration certainly because they were so good, but we really don’t compare yourselves to them. We have different characters and we tell different stories. We just keep our heads down and do the work. Our goal is to tell compelling stories with people that viewers care about and want to see week after week. We do that right now, so I think we’re a shining success already.”

DaCosta adds, “That’s right, everyone working on the show says, ‘give us the juice, give us the meat,’ and in return, we’ll give you a full meal of drama and emotion. That’s what we do.” 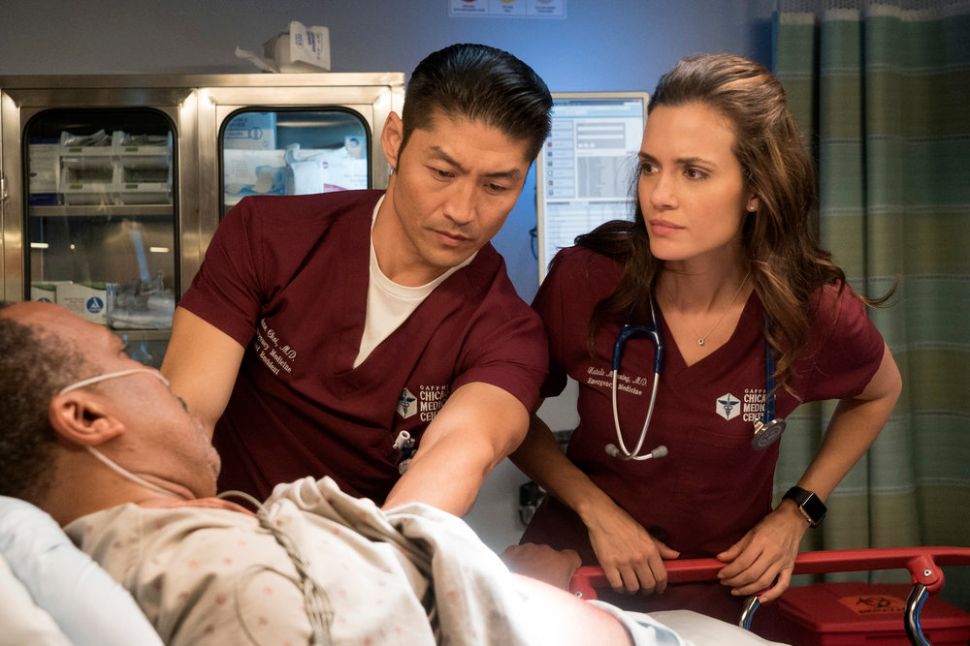