The Chilean government has been keeping an especially intriguing 10-minute UFO siting secret for the past two years, but now video evidence along with an official report have been declassified and released.

The video, captured on November 11, 2014 in the coastal sector between the port of San Antonio and Quinteros, was shot from a Chilean Navy helicopter and shows an unknown object flying forward at a speed similar to that of the helicopter before disappearing into the clouds. On two occasions, the object appears to disperse a trail of an unknown element into the air.

According to the report, the sighting was captured with a FLIR high-definition infrared camera and visually confirmed by the two officers who made up the helicopter’s crew. While Air Traffic Control failed to detect the object with radar, they did confirm the unauthorized traffic. They also received no response from the UFO when trying to communicate with it.

The Committee for Studies of Airborne Phenomena—which is comprised of scientists, analysts and aeronautical technicians—studied the case and ultimately catalogued it as an Unidentified Air Phenomenon. Some analysts had previously suggested the object was a medium-sized line aircraft and that trail could be the reserve inside the apparatus, thrown by the crew. This, however, was dismissed on the grounds that neither the altitude at which the object moved nor the temperature of that moment could allow for such a wave of condensation. 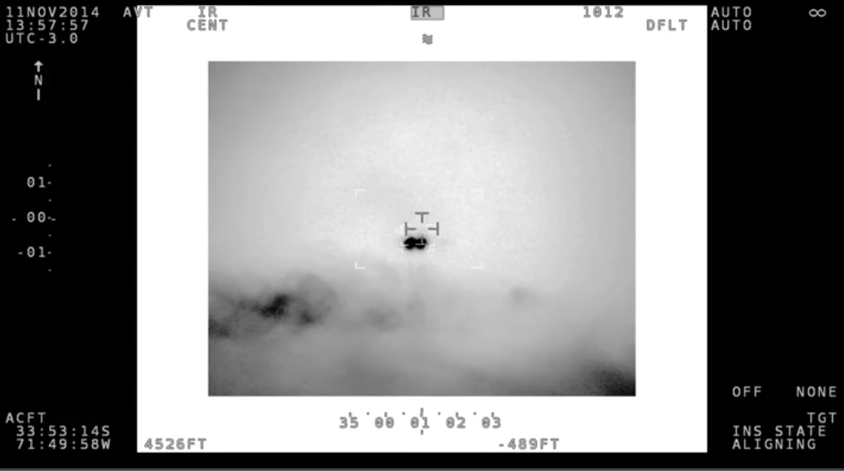