Hillary Clinton failed to defeat Donald Trump in the general election, but the Democratic Party is giving Clinton campaign staffers another chance by appointing several of them to a “war room” to take on President-elect Trump’s administration.

The Washington Post reported, “The DNC’s new communications and research operation, to be staffed by former aides to Hillary Clinton’s presidential campaign, will be one of several efforts from across the Democratic firmament to take on Trump, including the office of Senate Minority Leader Charles E. Schumer (D-N.Y.), the Center for American Progress, and American Bridge.” Clinton campaign manager John Podesta founded the Center for American Progress, and Clinton surrogate and former aide Neera Tanden serves as its president. American Bridge, a super PAC, is run by controversial Clinton propagandist David Brock. Combined with the office of Schumer, the DNC couldn’t have created a less effective way to fight Trump.

After losing an election they treated as a certain victory, the Clinton campaign staff is being rewarded for their loyalty with jobs at the DNC. The war room’s director will be Zac Petkanas, the Clinton campaign’s rapid-response director, who will also serve as a DNC senior adviser. Petkanas was vice president of Brock’s Media Matters. The DNC’s national press secretary will be Adrienne Watson, a Clinton campaign spokesperson. Additionally, just as former DNC chair Debbie Wasserman Schultz did before the primaries began, the organization is now being stacked with Clinton loyalists by interim chair Donna Brazile, who CNN severed ties with after WikiLeaks revealed she helped the Clinton campaign cheat before the primary debates. Despite violating the DNC charter, the Democratic Party is allowing Brazile to remain interim chair until a new one is elected in February.

The idea of establishing a “war room” against Trump is a desperate attempt for the DNC to look relevant. Given its dramatic title, the “war room” was likely conjured up by David Brock. If the Democrats have any intention of ever winning an election again, Brock—who used over $1 million to hire internet trolls to “correct” online criticisms of Clinton during the primaries—is the last person they should have stringing together the party’s staff. In addition to participating in the “war room,” Brock is hosting a private retreat with billionaire donors in West Palm Beach during Trump’s inauguration. Brock told Politico, “what better way to spend inaugural weekend than talking about how to kick Donald Trump’s ass?”

The creation of the Trump “war room” and the recent appointments to the DNC signal that the Democratic Party has no intention of reform. The losses that the Democrats have suffered this election cycle should have been a wake-up call. Instead, Democrats are creating a hyperbolic distraction, doubling down on everything that is wrong with the party, and repeating the mistakes that led them to their current predicament. 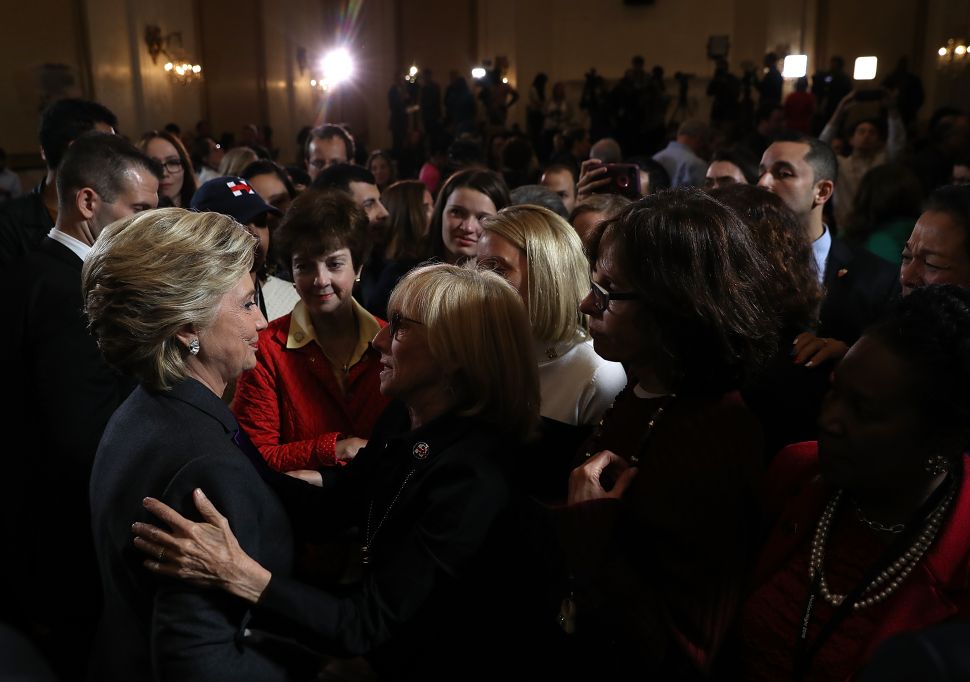