One of Hillary Clinton’s many flaws as a presidential candidate was her lack of charisma and inability to woo the press. “Just chilling in Cedar Rapids,” Clinton awkwardly said in a Vine while campaigning in Iowa during the Democratic primaries. More awkward moments came when Clinton tried the “nae nae” and the “dab” on The Ellen DeGeneres Show. She was, of course, far more adept at courting wealthy donors and establishment figures at lavish galas. But where Clinton shies away from the press, Sen. Cory Booker, who has been touted by Clinton supporters as a possible 2020 presidential candidate, combines a desperate affection for the spotlight with Clinton’s ability to court wealthy donors and the corporate establishment.

During her 2016 presidential campaign, Clinton collected and crowed over dozens of endorsements from establishment Republicans and billionaire donors. However, this strategy backfired, and cozying up to the establishment and wealthy donors from both political parties is a symptom of neo-liberalism that Booker has also embraced throughout his career.

As mayor of Newark, Booker struck up a close friendship with Republican Gov. Chris Christie, provoking criticisms from several Democrats. However, Christie helped lay Booker’s path to the Senate in 2013. “Christie and Booker appeared in public together to talk about schools and the decision by the Governor to call a special election—instead of appointing a two-year place holder—was seen as a gift,” reported Politico after Booker won a special Senate election. Politicians in the Newark area praised his departure from the city government. “We’re glad he’s gone, or at least I am,” said longtime New Jersey State Sen. Ron Rice, a Democrat who represents Newark. “God bless him. Thank God he’s out of Newark.”

In the past few weeks, several Democrats have attacked Betsy Devos, Trump’s nominee for secretary of education. However, Booker refused to comment on her nomination because he served on the board with her at the Alliance For School Choice, an anti-union, pro-charter school educational organization.

As mayor of Newark from 2006 to 2013, Booker gained national stardom with publicity stunts, thus turning himself into more of a celebrity cult figure than a politician. “He sleeps in tents. He shovels snow. He brings diapers to stranded mothers. He runs into a burning building, then holds a press conference to celebrate his own heroism. He tried to live on food stamps for a week, which I almost admired—but then he told his story to Face the Nation, and then the Today show, and then the Daily Show, and then Piers Morgan on CNN,” wrote Jason Farago for The Guardian in 2013. Farago also cited an instance in which Booker staged rescuing a dog in front of local news media.

As Booker chased down cameras and pandered to audiences on Twitter, Newark’s problems continued to worsen. In 2009-2010, child poverty spiked 32 percent, while the unemployment rate remained around twice the national average. He privatized the city’s sanitation department, laying off 251 workers in 2010. Violent crime, robberies, and carjackings increased after Booker laid off one sixth of the city’s police force and raised taxes for city residents by 20 percent. In 2012, Booker tried to fill a city council seat with a close ally, which incited a near riot in city hall with police using pepper spray to diffuse the situation. During his service in public office, he made millions by funding a start-up tech company and continued receiving payments from his ex-law firm while the firm received over $2 million for work on behalf of the city of Newark.

Booker is an “avatar of the wealthy elite, a camera hog, and a political cipher who has never once proposed anything to address the structural causes of the problems he claims to care so deeply about,” wrote Alex Pareene for Salon in 2016. “He represents the interests of both Wall Street and Silicon Valley, two very prosperous industries full of incredibly arrogant rich men who believe that the world’s problems would be solved if arrogant rich men exactly like themselves were given free rein to make as much money as possible by any means necessary.”

This worldview was further illuminated by Booker’s recent controversial vote against an amendment proposed by Sen. Bernie Sanders to allow pharmaceutical drugs to be imported from Canada, thus providing cheaper drugs for sick Americans. The amendment needed just five more Democrats votes in order to pass. Booker and 12 other Democrats voted against the amendment, most of whom have coincidentally received significant donations from the pharmaceutical industry.

In defending his vote, Booker citing drug safety standards—a standard talking point of big pharma. Canadian pharmaceutical drugs are manufactured in the same factories as U.S. pharmaceuticals. In December, Booker didn’t seem to care about drug safety standards when he voted in favor of the 21st Century Cures Act, which weakens FDA standards and was praised by the pharmaceutical industry. Booker and the other Democrats cited a separate amendment, authored by Democratic Sen. Ron Wyden, that would allow importation of prescription drugs pending a safety certification. However, this separate amendment is misleading, as previous health secretaries have refused to provide those certifications. In 2007, a similar amendment was passed by the Senate that undermined a measure to legalize drug importation.

Booker’s vote resulted in a backlash from progressives as Sanders and other Democrats have illuminated issues surrounding healthcare in response to threats from the Republican-held Congress to repeal Obamacare. The Democratic Party needs to purge itself of leaders that side with their donors over the interests of their constituents, and Booker embodies this neo-liberal courtship with the wealthy that has rotted the Democrats from within. If Booker and other similar Democrats continue ascending the ladders of the party, the party is going to find itself in the same position that it’s in today: severely depleted in representation across the country, faced with a toxic political atmosphere conducive to dysfunction and partisan political theatrics, geared in favor of enriching corporations and the wealthy, and leaving the rest of the country behind. 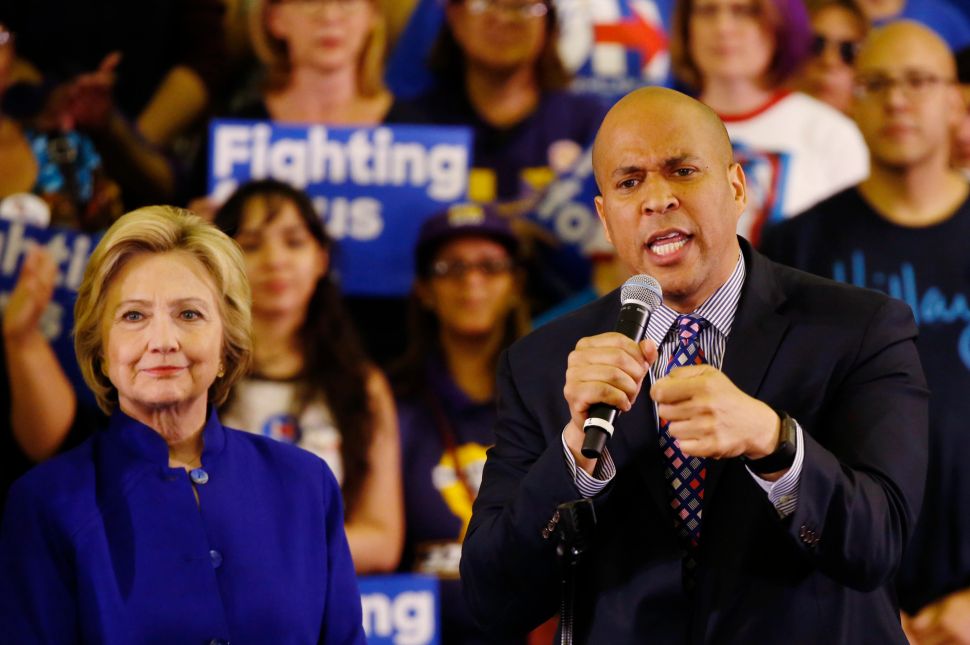