Ha ha. I know. This title makes it seem like we are running a website aimed specifically at the crucial 6-month-old demo. Like if babies could read the internet, they would totally be clicking on this article to read my hot take on the brand new “drop” of Rubber Ducky (which now has a rap section!) by Hamilton’s (former) founding father, Thomas Jefferson slash current Sesame Street resident , and Observer cover star Daveed Diggs.

“Guys, the rebooted Sesame Street on HBO is usually *emoji of diaper, wailing noise,* but ever since the Tony Award-winning Diggs joined, it’s been *green pea burbly noise rattle rattle.*” Sure, why not. Roll clip!

Look at his big red bow tie! I am definitely cooing and clapping my hands at the screen right now. Yay! Now it’s nap time, bitches! 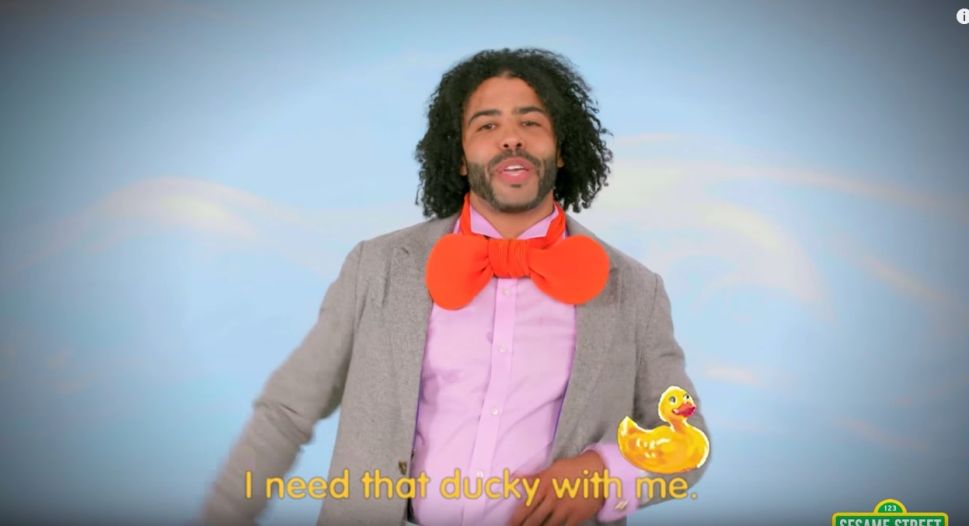