One day after the much-ballyhooed opening of the $4.5 billion, three-stop “Phase One” of the Second Avenue Subway, Gov. Andrew Cuomo revealed his hand-picked head of the Metropolitan Transportation Authority will step down in a matter of weeks.

Speaking to reporters after an unrelated event in Manhattan, Cuomo lavishly praised the “superhuman” outgoing Chairman Thomas Prendergast, and asserted the MTA leader never intended to stay on for longer than three years after his appointment to lead the organization in 2013. The governor also again hyped the new mini-branch of the Q line between 63rd and 96th Streets, which opened on New Year’s Day after nearly a century of false starts and cost overruns—and which is still awaiting another $6 billion in funding so its “Phase Two” can extend into Harlem.

“In terms of his expertise, his proficiency, his dedication, he’s second to none,” said Cuomo, recalling the 2015 Metro North collision that killed seven, as well as the regular difficulties and setbacks of a public transportation administration. “It’s not a lot of good news that is coming at you when you’re the MTA chairman. Except the Second Avenue Subway. That was probably the lone exception.”

“He has some personal issues and some family issues that he needs to deal with. And he has done an extraordinary job during that period of time,” the governor continued.

Prendergast’s departure comes as Cuomo intends to sink billions into MTA projects and other infrastructure developments across the state, including into revamping Penn Station and adding another track to the Long Island Rail Road. The governor indicated he might have difficulty finding a new head for the authority capable of handling so many simultaneous endeavors.

“I don’t think you can fill his shoes. I don’t think you find another Tom Prendergast. But we’ll be looking for the operator of a transit system, who is also a developer, because a lot of what the MTA does is also build,” Cuomo said. “It’s a difficult mix of talents: a top-tier manager-operator, and you have to be familiar with development, which is a totally different area of expertise.”

A Chicago native, Prendergast began his career with his home city’s transit authority, before becoming head of the TransLink system in Vancouver, Canada. He served as president of NYC Transit, the division of the MTA which oversees bus and subway service, from 2009 until 2013. 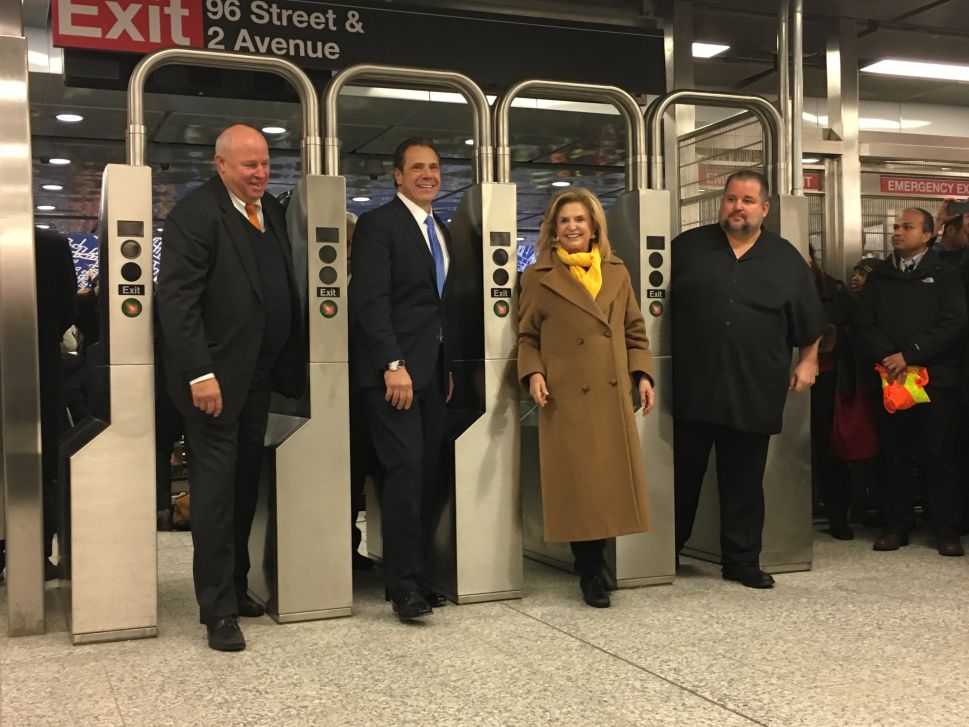