Thirty-one members of the Building and Construction Trades Council of Greater New York were arrested as part of a planned construction safety demonstration today—hours before the City Council introduced a package of 18 bills aimed at curbing the high number of jobsite deaths in the last two years.

Hundreds of union members and supporters filled a stretch of Park Row outside of City Hall to raise awareness for the 30 workers who have been killed in New York City over the last 24 months. (The extra arrestee was for the next worker to die, according to a spokesman for the union.)

Chanting “How many more must die?” in English and Spanish, some members carried ceremonial black coffins on their shoulders and a prop of the grim reaper. The coordinated arrest occurred after union protesters, wearing a number on their sweatshirt for each of those killed, blocked a section of the Lower Manhattan street while holding up signs. 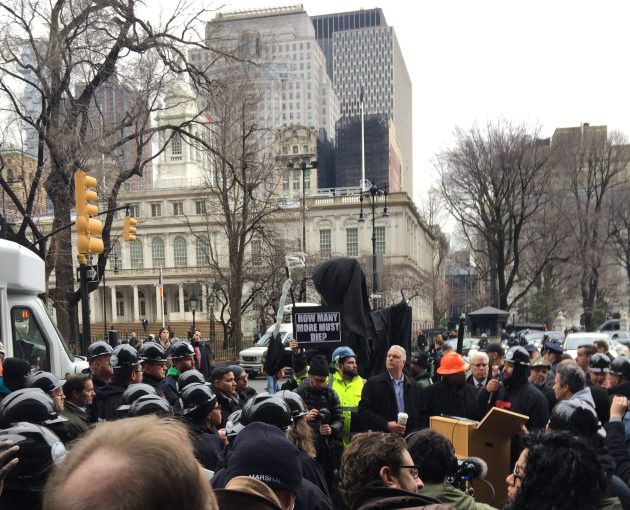