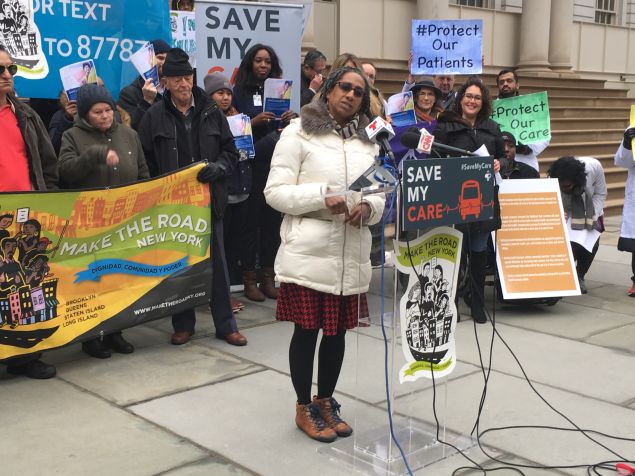 Dr. Herminia Palacio, the city’s Deputy Mayor for Health and Human Services, warned this afternoon that Republican efforts to repeal the Affordable Care Act will have dire consequences for the city’s public hospital system, which is already fighting a $1.8 billion budget deficit projected for 2020.

New York City Health + Hospitals—currently led by interim president Stanley Brezenoff after Dr. Ram Raju retired last year—has been struggling because of reduced federal funding and the cost of caring for the uninsured, typically undocumented immigrants who do not qualify for government subsidies. In April, Mayor Bill de Blasio earmarked $160 million just to get Health + Hospitals through the fiscal year that ended on June 30, 2016—in addition to the $337 million he put into the 2016 budget in January.

Palacio argued that abrogating Obamacare would impact the city’s most vulnerable populations, pointing out that 1.6 million New Yorkers “stand the risk of losing coverage” and that one in four low-income Medicaid recipients will lose their coverage—and that those same populations make great use of municipal health facilities.

“Our public hospitals, New York City Health + Hospital system, will feel more strain,” Palacio said at a rally this afternoon where immigrant activist grou Make the Road New York unveiled its report on the effects of repealing the ACA. “Half a billion in lost revenue annually. Nearly one in two Health + Hospital patients will be without coverage and New York State budget loses $3.7 billion.”

The city has already agreed to forgive $180 million in debt service owed by the city’s public hospital system each fiscal year, and the de Blasio administration acknowledged last fall that continued supplementary funding was needed to enable the hospitals to continue operating. And in July 2015, Comptroller Scott Stringer said that subsidies to Health + Hospitals would likely surpass projections by $365 million in fiscal year 2017, growing to $515 million by fiscal year 2020.

Last month, de Blasio announced his new #GetCoveredNYC initiative, a program that is deploying $8 million in city resources to enroll tens of thousands of New Yorkers in ACA by the end of January—with the goal to get so many people insured through Obamacare that Republicans would hesitate to repeal it.

He said that his administration would integrate outreach at the city’s municipal medical health facilities and mobile enrollment with community organizing methods such as door-knocking and phone-banking in an effort to get 50,000 of 500,000 eligible New Yorkers signed up by the end of 2017.

Gov. Andrew Cuomo has estimated that if Congress repeals ACA, 2.7 million New Yorkers will lose coverage—and that would result in a $3.7 billion loss to the state budget as well as a $600 million hit to counties across the state. The governor met with the president-elect at Trump Tower this morning to discuss the issue.

Democrats nationwide have warned eliminating the program without a replacement ready would take away health coverage from 30 million Americans and raise premiums for millions more.

“Some of us are made, some of us are scared but all of us need to get organized,” Palacio continued. “We need to call our representatives in Congress and convert them into champions. We need to send our messages loud and clear: healthcare isn’t a privilege of the few, it’s a right of the all.”

“We cannot be a fair and just society without affordable, high quality healthcare,” she said. “New York City now has an uninsured rate of 5 percent, well below the national average of 9 percent. We launched #GetCoveredNYC to sign up another 50,000 people and to borrow a phrase from our senator, Senator [Charles] Schumer, we can’t afford to let Congress make us sick again.”

For its report, “Safeguarding Immigrant Coverage,” Make the Road New York collected 838 surveys and conducted eight focus groups dealing with Latino immigrants and found that having health insurance more than doubled the rate at which an individual has a primary care provider with regular visits, according to Rebecca Telzak, Make the Road New York’s director of health programs.

Telzak said the analysis also determined that having insurance decreases the rate at which patients use at-patient hospitals or emergency rooms for healthcare, increases the use of clinics and doctors’ offices and reduces community members’ concerns about being left with “overwhelmingly high” medical bills if they get sick or have an emergency.

She added that the report presents data and stories of individuals who have been affected by having health insurance as well as the needs of immigrants who are ineligible for insurance due to their immigration status.

“If the ACA were to be repealed, it would have a detrimental impact on everyone who has enrolled in insurance and will be a huge setback from all of the coverage advances we have made in New York over the years,” Telzak said. “Instead of going backwards, we should be building off of our current programs and protecting and expanding health coverage for all immigrants in New York State.”

But Stringer’s analysis determined that a provision of the ACA contributed in part to Health + Hospitals’ projected deficits. Obamacare calls for reducing outlays for “disproportionate share hospitals” like New York City’s, leaving them in the lurch for millions of dollars.

Brezenoff dismissed the idea that repealing the ACA could preserve the city’s DSH funding, calling it “fool’s gold”—and asserting that the GOP would likely slash that allocation anyway.

“No one I know in the field, starting with me, believes that is anything but a false, a false hope,” Brezenoff told the Observer earlier this month, arguing the loss of revenues from the newly insured would outweigh the benefits of steady DSH funding. “The overall threat is much greater than the dollar amount in disproportionate share, and I have absolutely no faith that the Trump Republicans will do anything but target those DSH payments as soon as they figure it out.”

Some Republican senators, and Trump himself, have expressed unease about wiping out Obamacare without simultaneously implementing a substitute program. GOP House, on the other hand, has already initiated the repeal process. 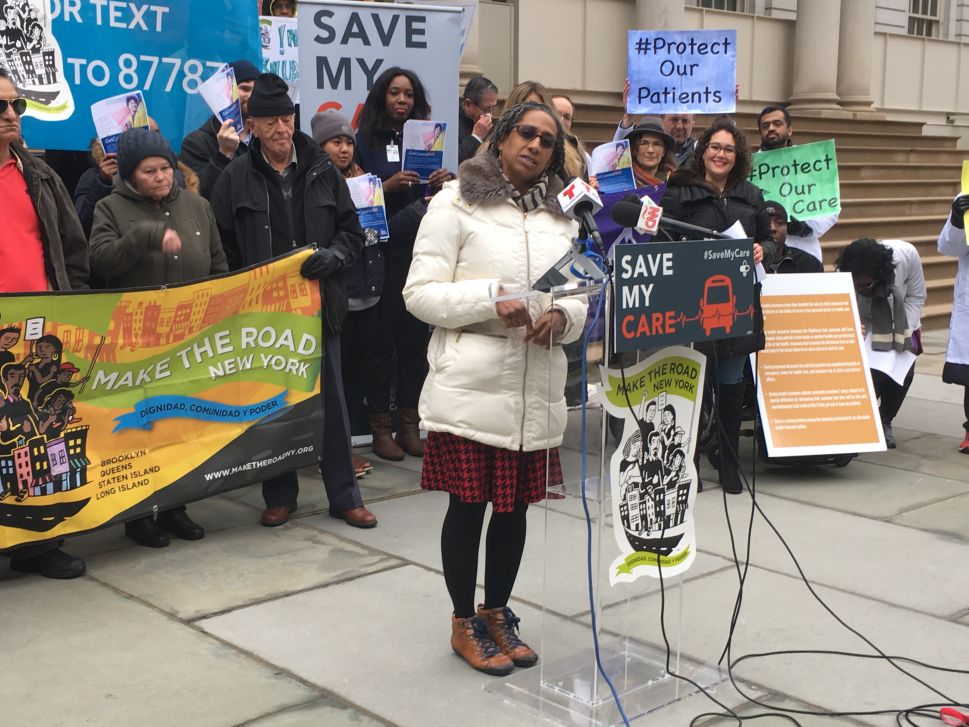