Mayor Bill de Blasio confessed today that he had had an “interview” with Manhattan District Attorney Cyrus Vance’s office about one of the investigations into his political fundraising—but terminated a press conference today after reporters demanded details.

Vance has impaneled a grand jury to weigh whether the mayor and/or his top political apparatchiks conspired in 2014 to circumvent state campaign contribution s during de Blasio’s failed bid to flip control of the GOP-run State Senate. U.S. Attorney Preet Bharara has his own grand jury contemplating evidence the mayor and his team ran a corrupt pay-for-play scheme with rich donors to his now-defunct political nonprofit, the Campaign for One New York, exchanging government favors for cash.

Asked if he had received any notice he was personally the target of these deliberations, or whether he had testified before either of them, the mayor answered in the negative.

“To a grand jury, no, o formal proceedings. The Manhattan D.A.’s office asked for an interview and we did an interview,” the mayor said at an unrelated event in Brooklyn.

De Blasio would only say that the meeting was “a few weeks back,” and that he and his taxpayer-financed lawyers had appeared. When reporters inquired about the nature and substance of the “interview,” the mayor declined to answer.

“I’m not going to characterize it, it was fine. It’s good,” he said, turning away from the podium when journalists continued to press. “Again, again, guys, not going into any details, the lawyers can fill for you. I just told you the factual answer to your question.”

De Blasio proceeded to thank the people behind him who had taken part in the presser, relating to the preliminary budget he released yesterday, ending the question and answer portion of the event.

At issue in Vance’s probe is whether the mayor’s political team directed deep-pocketed allies to address checks to upstate Democratic county committees—which can accept and expend unlimited donations—and instructed those committees to funnel that money into the campaigns of favored candidates for State Senate, who faced caps on how much money they could take from any one individual or group. The mayor has both maintained his innocence and noted that such tactics have been common practice for many years. 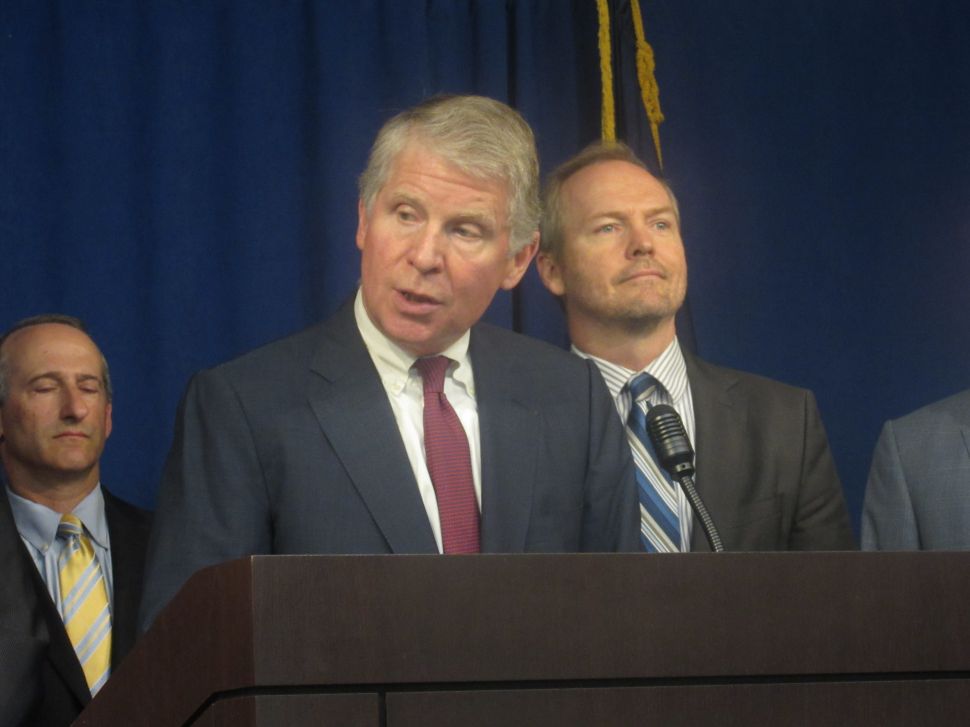