Rep. Keith Ellison was initially praised by Sen. Bernie Sanders‘ supporters as the best candidate to become the next DNC chair, but his pandering to the Democratic establishment has gotten out of control.

In trying to woo the DNC delegates he needs to win the election, Ellison has reduced his criticism of Hillary Clinton and increased his smears of the Republican Party. He has endorsed a billionaire donor, Stephen Bittel, to become the Florida Democratic Party chair, and has announced that he will not be attending Trump’s Inauguration, which many commended. But what he failed to mention is that he will be meeting with billionaire donors instead at Clinton propagandist David Brock’s closed-door retreat. Though Ellison initially said he supported re-enacting a ban on lobbyists that former DNC chair Debbie Wasserman Schultz lifted in 2015 to help Hillary Clinton, he recently said he won’t unilaterally re-enact the ban but will put it to a vote for DNC members to decide. Many of the DNC members happen to be lobbyists.

On January 18, Ellison said he would push Sanders to give his massive list of supporters from his presidential campaign to the DNC. If this were to happen, it would be a slight toward Sanders supporters. If they wanted the Democratic Party to have their information, they would have given it to them by now.

In fact, it’s hypocritical for the DNC to expect the loyalty and support of Sanders’ supporters. After all, the party has not apologized to progressives for disenfranchising them during the Democratic primaries. Sanders‘ supporters are not a package deal; they will not automatically support the Democratic Party party because Sanders does, especially since the party has resisted meaningful reform since losing the election. Indeed, several Democrats and Clinton supporters still attack Sanders and his supporters, despite the fact that Sanders is the party’s outreach chair, which is due to the fact that he is the only politician in the party who knows how to engage working and middle class Americans. The Democratic Party needs to earn Sanders’ supporters by putting the time and work in that Sanders did during his presidential campaign. Since the election, the Democratic Party has not made any effort to do this.

In response to the outrage over Sen. Cory Booker and 12 other Democrats sabotaging Sanders’ amendment to import cheaper prescription drugs from Canada, several Democratic loyalists retaliated by attacking Sanders and his supporters, accusing them of unfairly criticizing Booker and reiterating Booker’s pharmaceutical industry talking point defense. When Sanders’ wife, Jane, recently retweeted an article from the Intercept outlining why it is important for the next DNC chair to re-enact a ban on corporate lobbyists, she was attacked with claims that her and Bernie Sanders aren’t “real Democrats.”

The Democratic Party has repeatedly demonstrated that they are only willing to embrace Sanders and his supporters to the extent that it benefits their standing, political power, and privilege. The second Sanders and his supporters push for needed reforms in the party, which are centered on the belief that the party should revert its focus from corporate donors to working and middle class voters, they are vilified as the enemies. 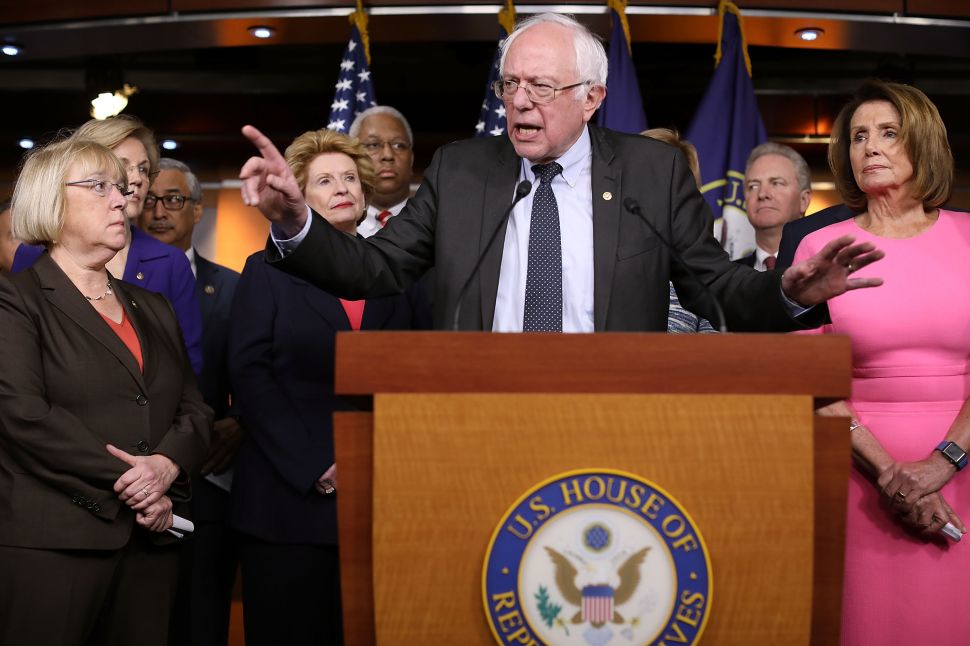