The Democratic Party has actively participated or remained complicit in several of the policies and plans now being pushed by the Trump administration, despite their rhetoric conveying a blanket opposition.

On January 27, Senate Minority Leader Charles Schumer called Trump’s plan to build a wall on the U.S.-Mexico border, “divisive and unnecessary.” But in 2006 Obama, Clinton, Biden, Schumer and 20 other Democrats in the Senate at the time voted in favor of the Secure Fence Act, which called for a physical barrier to be built along the U.S.-Mexico border. Bernie Sanders, who was a Representative in the House at the time, voted against the bill. The fence was never completed due to Congress failing to provide the necessary funding. President Trump’s recent executive order to build a physical wall along the U.S.-Mexico border cites that the order falls under the 2006 Secure Fence Act that Bush signed into law.

The same executive order expands the government’s deportation priorities, which President Obama helped set in motion by deporting more people than any other president—2.5 million between 2009 and 2015. Due to his record on immigration, immigrant activists have dubbed Obama the “deporter-in-chief.”

Trump has begun stripping sanctuary cities of federal funding if they fail to comply with his proposed immigration limitations. Many, like Boulder, Colorado, declared themselves “sanctuary cities” in protest to the Obama administration’s immigration enforcement efforts.

Establishment Democrats have acted outraged over Trump’s plans to develop a Muslim registry, but their criticisms were nowhere to be found when Bush and Obama had one in place between 2001 to 2011. Establishment Democrats were at the very least complicit and at most active proponents in stigmatizing the Muslim community as suspects worthy of constant surveillance. Several tech firms refused to rule out participating in creating a national Muslim registry with the Trump administration when asked recently by The Intercept. “Terror lists” that have been developed by different government organizations—ranging from the No-Fly List to the Terrorist Identities Datamart Environment list and FBI database—have been criticized for including people for frivolous reasons, especially citing one instance in which a 7-month old baby was listed.

Republicans have threatened to use their majorities in both houses of Congress to repeal Obamacare, an act that will potentially leave several millions of people uninsured and cause premiums to skyrocket. Obamacare’s initial goal was to create a universal healthcare system in the United States, but Democrats, led by a proposal from Sen. Charles Schumer in 2009, made concessions for the health insurance industry, making Obamacare more of a socialized program for insurance companies and leaving over 30 million people uninsured. These concessions made Obamacare more vulnerable than if Democrats mustered the political will to create a program that prioritized health coverage for the American people over the interests of the health insurance industry.

In order to develop serious opposition against Trump’s Presidency and the Republican-dominated Congress, Democrats need to face how their political cowardice and questionable policies enabled Trump’s ascendancy. Donald Trump is a consequence of a political establishment obsessed and ingrained with wealthy and corporate influence. Though the political rhetoric and theatrics reveal a highly polarized political climate between Democrats and Republicans, both political parties have been subject to dysfunction and policy concessions that have disillusioned voters. The ensuing resentment for the establishment paved the way for an outsider like Trump to win, with help from the DNC and Clinton campaign who used the press to elevate Trump as a “Pied-Piper” candidate to provide Hillary Clinton with an easily beatable general election opponent. Understanding the Democratic Party’s past wrongdoings is vital to develop a recovery plan, but so far the Democrats continue to remain entangled in the policies that they claim to oppose from the Trump Administration. 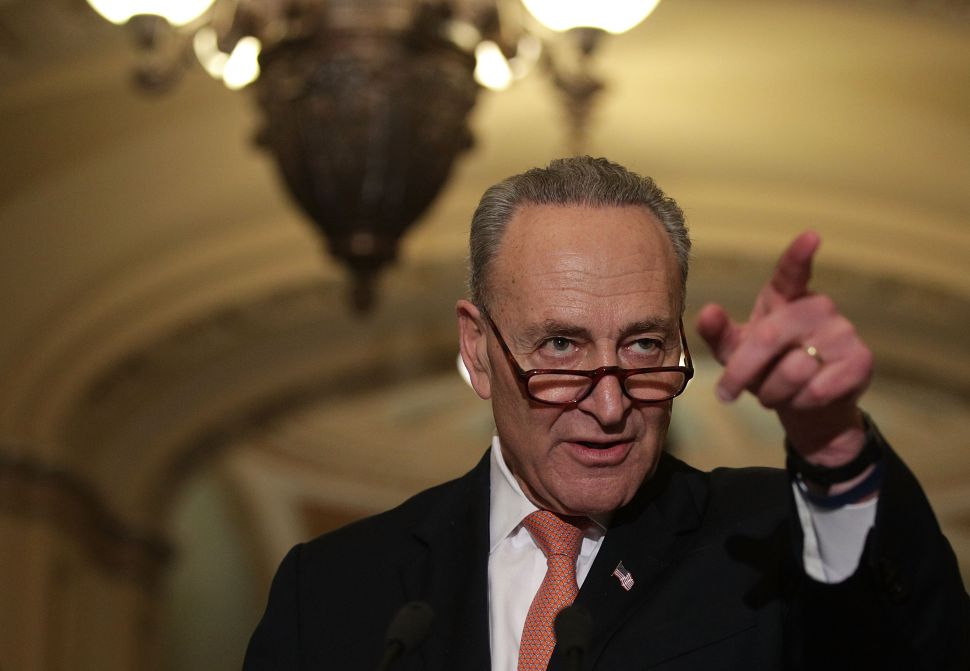