The Democratic Party remains in complete denial. They not only lost the presidency and failed to recoup majorities in both houses of Congress but, over the last eight years, Republican control of state legislatures has reached the greatest point since the Civil War. Thirty-two state legislatures and 33 governorships are held by Republicans, with 17 states holding Republican veto-proof majorities in their state legislatures. And, what’s worse: despite Republicans becoming close enough to attempt a Constitutional Convention—enabling them to amend the constitution—Democrats are pretending they have everything under control.

The Democratic Party has used Donald Trump’s cabinet appointments to manufacture outrage and rally support, but Democrats fail to recognize that their efforts are futile. In addition to a rule change made in 2013 by Democrats—which prevents them from filibustering any of Trump’s appointments—and not having enough votes to oppose any of their confirmations, the Democratic losses have, across the board, been self-inflicted.

“The GOP is sabotaging itself by confirming weak Cabinet nominees like Betsy DeVos,” read a headline by pro-Clinton Vox, propagating the narrative that the Democrats have everything under control because Republicans will do the losing for them. In fact, it is the Democratic Party that is sabotaging itself, by falling victim to the false narrative that inefficiency and corruption are the only traits defining their opponents. Such terms would suit the slogan of the Democratic Party for the past eight years.

Thanks to the debt of Hillary Clinton and President Obama’s 2008 presidential campaigns—and the poor leadership of former DNC chair Debbie Wasserman Schultz—the Democratic National Committee spent the duration of Obama’s presidency bankrupt. The DNC had so much trouble paying off the debt, they set up the Democratic Hope Fund, a joint fundraising committee with Obama, to pay the rest of it off. Obama hosted fundraisers for the Democratic Hope Fund throughout his two terms as president.

Though Democrats knew the DNC was being run into the ground, Obama and Democratic Party leaders allowed Wasserman Schultz to continue serving as chair until she resigned in embarrassment after the Wikileaks release of DNC emails.

“The perception of critics is that Wasserman Schultz spends more energy tending to her own political ambitions than helping Democrats win. This includes using meetings with DNC donors to solicit contributions for her own PAC and campaign committee, traveling to uncompetitive districts to court House colleagues for her potential leadership bid and having DNC-paid staff focus on her personal political agenda,” wrote Edward-Isaac Dovere for Politico in 2014. Such self-serving ego-maniacal leadership has destroyed the Democratic Party and created a disconnect between Democrats and working and middle class voters.

Hillary Clinton ran her presidential campaign in the same way. After the Democratic National Convention, her focus reverted to courting wealthy donors, attending lavish fundraising galas, touting endorsements from Republican establishment figures by the dozen, and widely ignoring parts of the country that turned out to be Clinton’s Achilles heel.

But the Democrats have learned nothing from these losses. Third Way, a Centrist think tank and one of several establishment organizations who helped anoint Hillary Clinton as the Democratic Presidential nominee, is wasting $20 million to help Democrats reconnect with voters who abandoned the party. Yet these self-proclaimed “centrists” remain oblivious to the fact that they are part of the problem. For the neo-liberal establishment brand of Democrats these organizations and Democratic Party leaders represent, the priority remains keeping wealthy donors happy while tricking their support base into believing the Democratic Party will overcome their losing streak. 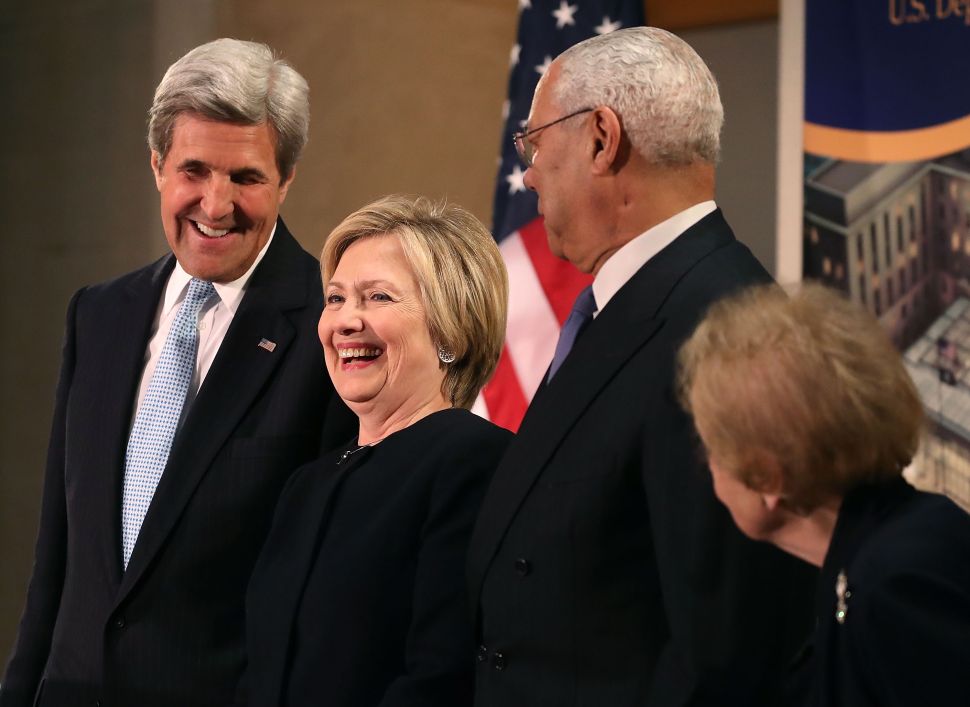