There was a time when Democrats advocated blocking Supreme Court vacancies at the end of a presidency. But now that a Republican president is about to be inaugurated, the parties have reversed the positions that they held when a Democrat was about to become president.

The problem for Democrats now, however, is that they aren’t going to be the majority party in Congress when President-elect Donald Trump assumes office. So, they can whine and run to their sympathizers in the media about how terrible Trump’s SCOTUS nominee will be, but there’s not much they can do about it, and they have themselves to blame.

Senate minority leader Chuck Schumer is one of the most hypocritical politicians on the subject of SCOTUS nominees. A year and a half before President George W. Bush left office, Schumer told an audience that he didn’t want the Senate to confirm any Bush SCOTUS picks “except in extraordinary circumstances.”

“We should reverse the presumption of confirmation,” Schumer said at the time. “The Supreme Court is dangerously out of balance. We cannot afford to see Justice Stevens replaced by another Roberts, or Justice Ginsburg by another Alito.”

Back then, Democrats had majorities in both houses of Congress. Just like today, the minority party had little recourse. However, Schumer’s threat never came to fruition because no additional SCOTUS seats needed to be filled.

We now face the same threat—except from Republicans—in the final year of the Obama administration. Supreme Court Justice Antonin Scalia died in February 2016, a little less than a year before Obama would be leaving office. Republicans followed through on their threat by refusing to hold hearings or a vote on Obama’s SCOTUS nominee, Merrick Garland.

Of course, Democrats are upset about this. They’re planning to obstruct Trump’s SCOTUS nominee—whomever that may be—essentially out of spite.

Schumer, the same Schumer who threatened to block Bush’s nominees, now says the seat was stolen from Obama. In response, Schumer says he wants to do whatever he can to block Trump’s nominees.

“I can’t—it’s hard for me to imagine a nominee that Donald Trump would choose that would get Republican support that we could support,” Schumer told MSNBC host Rachel Maddow. When Maddow asked the New York senator if he would try to hold the seat open, Schumer responded: “Absolutely.”

Republicans don’t have a filibuster-proof majority for the incoming Congress, and unlike other judicial nominees, SCOTUS confirmations still require a 60-plus majority. Therefore, Democrats have leverage to block all nominees until, theoretically, another Democrat is elected president or they reclaim the majority. The problem for Democrats is that, while they still had the senate majority, then-Majority Leader Harry Reid invoked the “nuclear option” to force judicial nominees through with a simple majority. At the time, Democrats must have thought no Republican would ever be elected president again. That arrogance was swiftly punished with Trump’s win.

Republicans could do the same with SCOTUS nominees, but to do so would be dangerous. If they did, then a future Democrat president wanting to put radicals on the bench couldn’t be stopped. Such a move would also further the Senate’s descent into political sniping.

The hypocrisy on this issue goes both ways. Republicans are now in the position Democrats were in nearly a decade ago, but they don’t have the filibuster-proof majority necessary to stop a Democrat blockade. Republicans who lambasted Democrats for threatening to block Bush nominees are now blocking an Obama nominee. Neither side has clean hands. 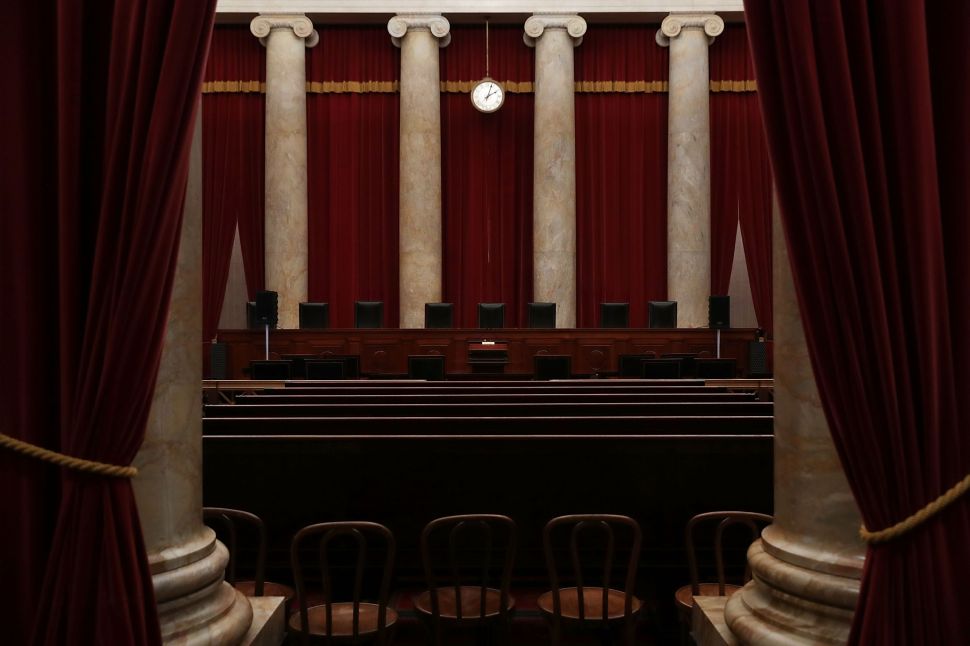