“My work has proven to be difficult to place in commercial art galleries,” said Edward Knippers, a painter in Arlington, Va. Well, we’ve heard that before.

Plenty of artists say the problem isn’t the quality of their work but the gallery owner’s narrow-mindedness or something to that effect. But Knippers, a figurative painter of biblical subjects, said the real problem is what he chooses to paint: religious figures. “One major Washington [D.C.] dealer said to me, ‘Ed, I’ve liked your work for years, but I don’t want to mark my gallery with your subject matter.’ ” Might overt expressions of faith be the last real taboo in an art world where butt-plug performance doesn’t even raise an eyebrow?

Knippers is not an outlier, if you ask other artists whose artwork contains spiritual or religious themes or imagery. “I’ve been told by dealers all the time, ‘I don’t want that crap in my gallery,’ ” said Archie Rand, a Brooklyn-based art professor and member of the American Guild of Judaic Art. One notable Chelsea art dealer, whom he did not want to name, took a look at one series of paintings that referenced each of the 613 commandments, or mitzvoh, in the Jewish Bible, and said, “ ‘Well, if I were to show them, and I wouldn’t show them, I would extract all of the paintings that had circles’ ”—that is, the most abstract images with the least recognizable Jewish imagery— “‘and just show those as a small group.’ ”

Art that references religious beliefs—Christian beliefs in particular—are not altogether absent from big city art galleries, but those works tend to take an ironic or satiric or cynical stance toward biblical stories and organized religion in general. For instance, a recent exhibition at the Virginia Museum of Contemporary Art called “Turn the Page: The First 10 Years of Hi-Fructose,” included several paintings by Mark Ryden, including the 1997 Rosie’s Tea Party (a cartoony figure of a little girl in a Communion dress sawing into a ham that bears a Latin inscription that translates to “Mystical Body of Christ”).

Another example is Niki Johnson’s 2013 portrait of Pope Benedict XVI, Eggs Benedict, which was created with 17,000 multicolored condoms and was acquired by the Milwaukee Art Museum in 2015. (Online campaigns to get rid of both artworks proved unsuccessful.)

More sincere expressions of spiritual or religious belief are difficult to find, and perhaps artists with a bent toward such work are discouraged from even trying.

“Since the 1960s, avant-garde visual art has been understood as primarily oppositional,” says James Elkins, professor of art history, theory and criticism at the School of the Art Institute of Chicago and author of On the Strange Place of Religion in Contemporary Art. The art schools where artists receive their degree training concentrate on “criticality in relation to existing power structures,” be they received ideas, the church or capitalism, he told the Observer via email. “Therefore, religious art that does not present itself as critical of the religions it evokes would be seen as failing to participate in the more interesting streams of Postmodern and Contemporary practice,” Elkins said.

Cameron Anderson, executive director of the Madison, Wisconsin-based Christians in the Visual Arts and a painter with a Master of Fine Arts from the Cranbrook Academy, said a number of current students in studio art MFA programs have told him that they are actively discouraged from including Christian imagery in their work by faculty members “to the degree that they are told they won’t get through the program unless they stop.” Islam and Eastern religions, even more mystical belief systems, may get more of a pass, but Christian—and, to a lesser extent, Judaic —imagery appears to make people uncomfortable, perhaps feeling vulnerable.

Certainly, much Contemporary art involves personal identity, such as one’s race, gender, ethnicity or sexual orientation, and religion is one more element of that. Elkins noted that those other identity markers, however, appear more fluid, open to changing and broadening interpretations, while religion seems more set in time and less open to reconsideration, certainly less tolerant of difference. To Ron Jones, president of the Memphis College of Art in Tennessee, artwork that references religious belief necessarily evokes “tired symbolism and sophomoric messaging,” which goes against the goal of helping each student find his or her “unique voice.” Religiously motivated artwork may be discouraged at the college, but “it’s not because the faculty are anti-religious.”

The whys of the matter may seem a bit moot to some students. Michelle Arnold Paine, a painter who earned an undergraduate degree from the religiously affiliated Gordon College in Gloucester, Mass., and an MFA at the University of New Hampshire, found that it took restraint on her part not to be provoked by students and faculty in the graduate program who were at times derisive of her religious beliefs and imagery. Her MFA thesis exhibit was a show of different darkened church interiors that she had seen in Italy, “and professors said to me, ‘Why do you keep doing those churches?’ I could have responded that I see the presence of God in them, but I didn’t want to be written off as a Christian artist.”

She learned to keep her temper in check, not quit the program in frustration or to adopt the ethos of the MFA department just to get along. “It required a certain amount of diplomacy on my part not to offend them,” Arnold said, but she didn’t come to art school uninformed or closed-minded.

All this makes the career of the religious artist more difficult. Archie Rand has exhibited his work regularly over the years but believes he could have shown more often but for the “sneer of derision” from those who scoff at his biblical imagery. Edward Knippers claims that no gallery represents him, but buyers find him on the Web (his paintings, he claimed, are “too nude for churches and too religious for public spaces”), and the same is true for Michelle Arnold Paine, who makes her art sales online and has no gallery representation.

Still, some artists have broken through, sometimes with the encouragement of art world movers and shakers who tacitly agree not to discuss religious interpretations or the artist’s beliefs.

Tim Rollins, who has run an arts ministry at the Memorial Baptist Church in Harlem and creates installations of text and images with an ever-changing group of adolescents whom he calls Kids of Survival, stated that “when the secular community hears that you are a Christian, it assumes that you are a member of the 700 Club or a Jesus freak, and it terrifies them.” Rollins said that he is “open about my religious beliefs” but doesn’t “advertise” them and, besides, the art community doesn’t assume that artists are devout anything but their art.

Unlike other forms of difference that the world is told to tolerate, religion may need to stay in the closet. Painter Makoto Fujimura, who calls himself “an artist who happens to be a Christian,” said he worries that collectors “would not look upon my work with favor anymore were I known as a Christian artist.”

Similarly, installation artist Tim Hawkinson is on the record as “shy” about letting the art world know about his religious beliefs. “It’s not always politically correct, and the art world isn’t always welcoming to issues of spirituality.” He noted that his wife, Patty Wickman, who is also an artist and teaches art at UCLA, had told him that hiring committees regularly “pass over the applications of teaching candidates whose artwork address issues of faith.” 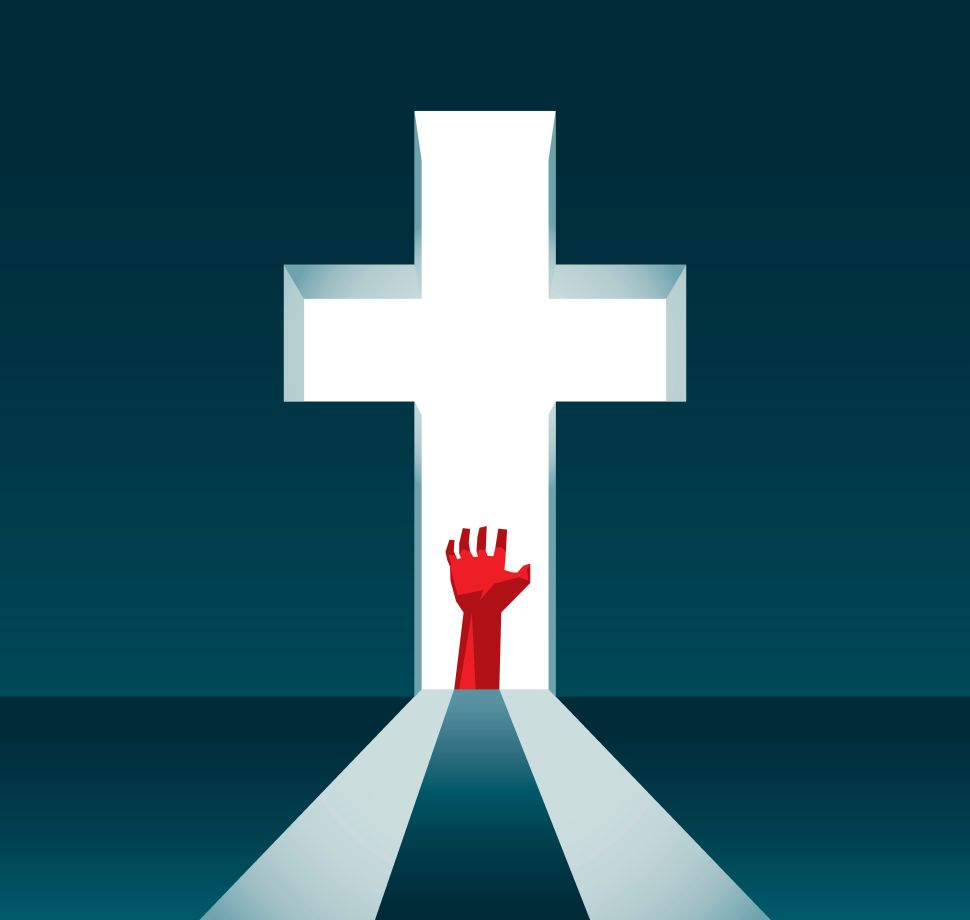