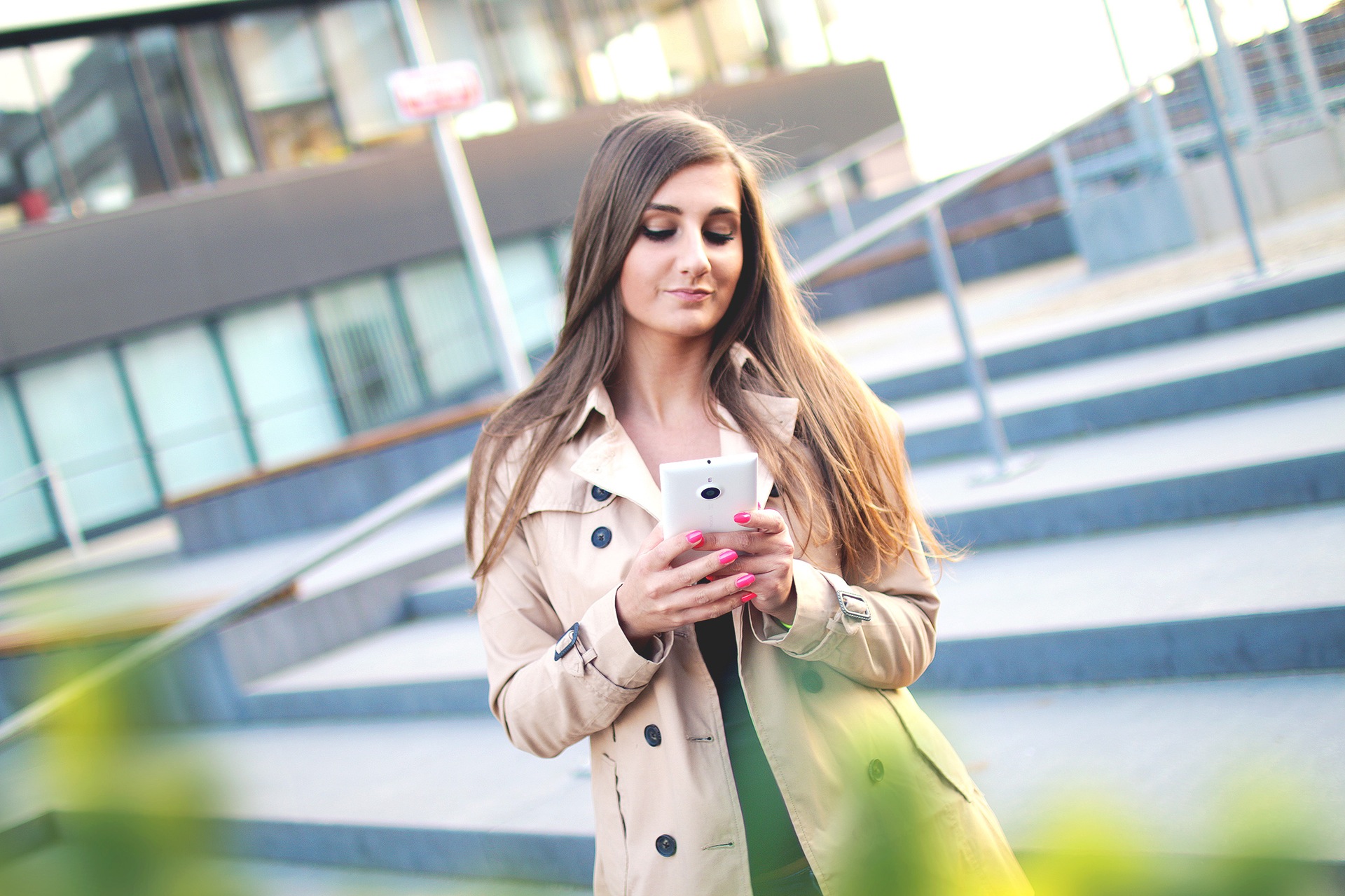 Does our dependence on smartphones harm our social fabric? Pexels

Imagine you are visiting a new city and get lost on your way to that famous must-see museum. In times of yore, actually just about 10 years ago, you might have had to consult a friendly local to direct you. Today, with all the friendly locals still very much around you on the street, you might find yourself reaching for the powerful fountain of information in your pocket—your smartphone. Directions to the museum, recommendations for the best places to have lunch and much more are literally at your fingertips, anytime and anywhere you go.

Such convenient access to information is no doubt useful. Our map apps might well be more reliable (and more likely to be in our native language) than the confusing directions of a stranger. And we run zero risk of getting into an unpleasant interpersonal interaction. But could there be costs to this technological convenience?

Contrary to people’s expectations, casual social interactions even with strangers can be surprisingly enjoyable, and a powerful tool in building a sense of connection, community and belonging. Economists sometimes refer to these impalpable links that hold society together as “social capital.” But as intangible as they may be, these bonds between members of a society have very real consequences. When trust between people in a country goes up, for example, so does economic growth. At the individual level, people who trust others more also tend to have better health and higher well-being.

Could our increasing reliance on information from devices, rather than from other people, be costing us opportunities to build social capital? To examine this question, my collaborator Jason Proulx and I looked at the relationship between how frequently people used their phones to obtain information and how much they trusted strangers.

We looked at data from the World Values Survey—a large nationally representative U.S. poll. Respondents reported how frequently they obtained information from various sources, including TV, radio, the internet, other people and their mobile phones. We found that the more often Americans used their phones to obtain information, the less they trusted strangers. They also reported feeling less trust in their neighbors, people from other religions, and people of other nationalities. Importantly, using phones for information had no bearing on how much people trusted their friends and family.

This pattern of results suggests that there is something about relying on phones for information that might be eroding trust specifically in “outsiders.” It could be that by substituting screen time for interactions with strangers, we are forgoing opportunities to build a general sense of trust in others.

But another possibility is that there is nothing special about obtaining information through phones. Rather, the information we consume, regardless of the medium, might somehow lead us to trust others less. To be sure, mass media is replete with stories about the negative elements of human nature—from wars to terrorism and crime. Perhaps, then, it is the information itself that is eroding trust.

However, we found that getting information from other media—such as TV, radio and newspapers—was associated with trusting others more, not less. It was even true for people who got their information online over the internet but through a laptop computer rather than a mobile device. This pattern points the finger right back at our phones.

So what’s unique about phones? They provide access to on-demand information unrivaled by any other device or medium. If you tried to use your laptop to obtain directions, you will first need to find internet access, somewhere to sit or put the laptop as you search, and so forth. With your phone, all you need to do is take it out of your pocket, tap a few times, and be on your way. In the evolutionary tree of information technology, smartphones are an entirely new species, allowing access to on-demand information anywhere we go—even when a friendly stranger is passing us by right as we need directions or a local recommendation.

Frankly, these results surprised us. We were skeptical, and did everything we could think of to identify other, nonphone reasons that might be causing the results we got. We adjusted for a wide range of demographic variables, like age, sex, income, education, employment status and race. We explored whether where people lived might be involved: Maybe people in rural regions used phones less due to poorer coverage, or trusted people more than people in urban regions – or both.

But even when we accounted for all of these differences, people who used their phones to get information trusted strangers less.

Of course, no matter how we look at this correlational data, we can’t clearly establish cause and effect—just a noteworthy commonality. It is certainly possible that people who trust outsiders less also become more likely to use their phones for information. But if this is true, we might be in the midst of a vicious cycle: As the wider public increasingly relies on smartphones for information, we might be missing opportunities to cultivate a sense of trust; then, because we trust others less, we might rely on our phones even more. This possibility would be worth exploring in the future.

So is it time to go back to our flip phones? Not so quickly, perhaps. The effects we observed were relatively small, accounting only for a few percent in how much people trust others.

But even a tiny statistical effect can have great practical significance. Consider the effect of aspirin on reducing heart attacks. Taking aspirin daily has a tiny effect on reducing risk of heart attack, explaining as little as 0.1 percent of the probability of having a heart attack. Yet, when used by millions of people, it can save thousands of lives. Similarly, small factors that reduce trust might have large effects on our lives and our society.

As information technology continues to make our lives easier, our findings highlight the possible social costs of constant information access: By turning to convenient electronic devices, people may be forgoing opportunities to foster trust – a finding that seems particularly poignant in the present political climate.

Kostadin Kushlev is a research associate in psychology at the University of Virginia. This article was originally published on The Conversation. Read the original article. 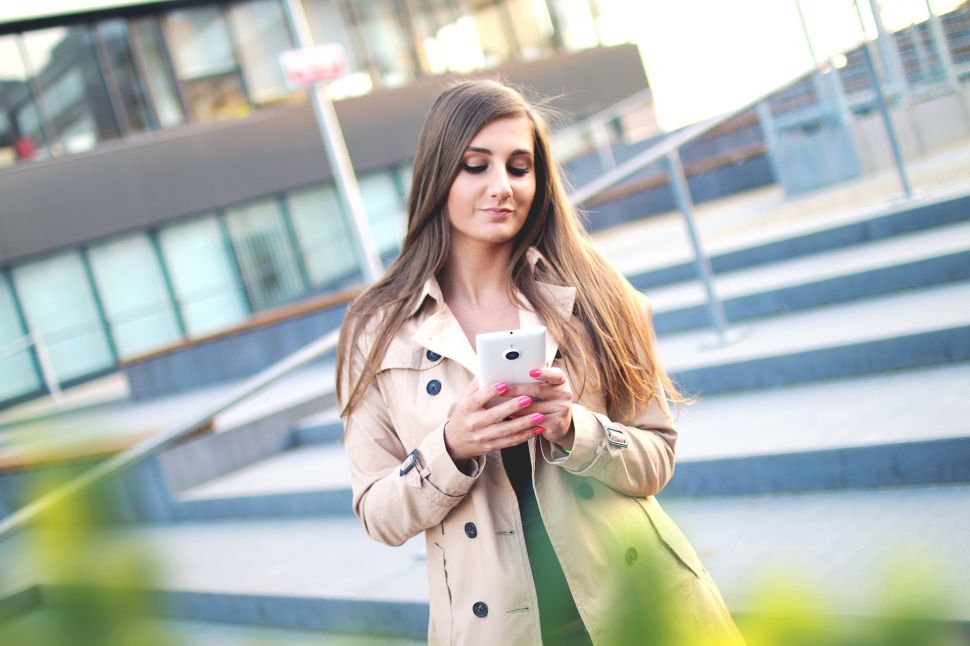