This weekend the mainstream media went bananas over President Trump’s executive order on immigration. Seemingly every bien-pensant in the United States and far beyond went on social media to howl gigantic curses at the White House, denouncing it as un-American, hateful, and quite possibly Hitlerian for temporarily halting immigration from seven Muslim countries. That the ban lasts only 90 days seemed to get lost in the hysteria that Trump unleashed.

As someone who favors tough counterterrorism measures, I too was underwhelmed by the executive order. I want stronger vetting of immigrants and visitors, who need to be asked more questions about possible involvement in jihadism and extremism. Banning simply on the grounds of nationality makes little sense, while many have noted that countries which produce huge numbers of jihadists such as Saudi Arabia and Egypt were suspiciously left off the block list. Not to mention that if you want to keep terrorists out, Muslims in Brussels per capita are more likely to advocate violent jihad than their co-religionists in most Muslim countries.

Nevertheless, getting tough on terrorists and other undesirable immigrants was a big part of Trump’s campaign last year, so nobody should be surprised that he followed up, decisively, just a week after his inauguration. Moreover, panic about this executive order is overwrought, since presidential EOs are subject to checks and balances, and this one will likely be held up in courts for years.

The biggest problem with this EO is that the White House seems to have written and released it without the slightest consultation with the Federal departments and agencies charged with its implementation. The result has been chaos and confusion about how to bureaucratically execute what the president wants. This sort of approach indicates the White House is more interested in appearing tough than implementing successful policies.

That said, the weekend’s immigration EO accomplished what may have been its actual purpose—distracting everyone from the White House’s far more consequential changes to the National Security Council. The NSC has been around since 1947, but it’s not the sort of outfit that usually generates much public interest. Customarily staffed by wonks who excel at giving briefings, the NSC isn’t particularly exciting, but it’s enormously influential in policymaking.

Over the last seven decades, presidents have approached the NSC differently, some relying on it more than others to make big decisions on national security. Its real purpose is to ensure that the president gets to hear a wide array of voices, from the full Washington alphabet soup of security-related agencies, before he makes fateful choices in foreign and defense policy.

Not for nothing did he openly proclaim himself a ‘Leninist’ who wanted to ‘destroy the state.’

President Obama set the bar decidedly low with his bloated and ineffectual NSC, which was run during his second term by Susan Rice, who was both incompetent and foul-mouthed, to the consternation of the Pentagon, the State Department, and many of our key allies. Her deputy, Ben Rhodes, was an aspiring novelist with zero national security experience but ample chutzpah plus a gift for manipulating the press—of which he openly boasted.

Although the new White House has promised to pare back the NSC, which under Obama grew far too large to be effective, virtually everything else Team Trump has done there is unwelcome. The new boss is Mike Flynn, the retired Army three-star general who was fired by President Obama for his serious mismanagement of the Defense Intelligence Agency. How Flynn will handle the NSC, which has far more high-profile moving parts than DIA, is an open question, particularly since Flynn’s abrasive personality was a major factor in his cashiering by Obama.

Flynn, a career military intelligence officer, was a first-rate intelligence boss for the military’s shadowy Joint Special Operations Command, which kills terrorists almost daily, but he failed to transition from the tactical world of whack-a-mole in the Middle East to the big-picture, strategic game inside the Beltway. Why President Trump thinks Flynn now has those critical skills is a mystery.

To say nothing of Flynn’s erratic personality and strange choices, particularly his cuddly relationship with the Kremlin. Why a career intelligence officer thought it was appropriate to sit at the head table with Vladimir Putin for the 10th anniversary gala of RT, Moscow’s propaganda network, then take RT money, is difficult to explain. Flynn’s appointment to lead the NSC led to considerable head-scratching in official Washington, where his reputation is anything but good.

However, a lot is now riding on Flynn’s ability to make wise choices, since the brand-new executive order on the NSC includes important changes about who will be sitting at the big table. Traditionally, its Principals Committee, which does the heavy lifting on NSC decisions, includes the President, the Vice-President, the National Security Adviser, the Secretaries of State, Defense, and Energy, plus the Chairman of the Joint Chiefs of Staff and the Director of National Intelligence.

However, the new EO removes those last two from the Principals Committee, meaning that the nation’s top military officer and spy boss will be at the table only when Flynn wants them to be. This, to put it mildly, is a sea change. It needs to be asked why any White House would not want the country’s top military and intelligence officials at the big table when major decisions about our national security are being made.

Making matters worse, the new EO adds to the Principals Committee the president’s chief strategist and senior counselor, Steve Bannon. Best known to the public as the head of the rabble-rousing Breitbart News, Bannon took over Trump’s presidential campaign last August, and his success there has now propelled him into the inner sanctum of our national security apparatus. Why Trump wants a controversialist like Bannon inside the NSC—but not the country’s top military and intelligence bosses—is a good question that needs an answer.

Bannon isn’t wholly unqualified. As a young man, he served as a junior officer in the Navy, and while he lacks any experience with governing and how Washington works, Flynn is rather deficient there too. The real problem is twofold. First, both Flynn and Bannon require no stamp of approval from the Senate, so there’s no Congressional oversight of their hiring.

Then there’s the matter of Bannon’s politics. Although he’s casually called a fascist and worse by his enemies, I have more judiciously termed him “at least an Alt-Right fellow traveler.” Bannon is unquestionably highly intelligent, but he’s also a professional fire-starter. He finds political danger exciting and useful—and when he was heading Breitbart, very lucrative. Not for nothing did he openly proclaim himself a “Leninist” who wanted to “destroy the state.” This is hardly the level-headed person you want when discussions of (nuclear) war and peace are on the table.

Given that the president is prone to mood-swings and needlessly harsh rhetoric, plus a total neophyte in the job, and Flynn isn’t all that well-grounded either (at DIA, his active imagination led staffers to term his more dubious pronouncements “Flynn facts”), the third member of this ruling national security triumvirate ought to be a calming influence—and that sure isn’t Steve Bannon.

In truth, there’s only one reason any White House would not want top military and intelligence officials at the NSC table, and that’s because they bring unwanted truths into the discussion. Spies especially must deal with reality while eschewing ideologically-driven flights of fancy. For right-wing ideologues like Flynn and Bannon, the opinion of the military brass and particularly the Intelligence Community would be more an obstacle to their far-reaching agenda than an aid, so they’ve cut them out.

There is real danger to this novel approach. America has a complex, and at times cumbersome, national security apparatus to prevent the White House from making avoidable dumb decisions. This system isn’t perfect. We invaded Iraq in 2003 thanks to flawed groupthink in the White House and the NSC, notwithstanding that most of the principals then possessed decades of Washington experience. Trump’s administration possesses a full plate of Rumsfeldian self-confidence without any of the relevant experience.

Ponder Trump’s NSC taking on issues of global consequence—for instance, the aftermath of 9/11 or the Cuban Missile Crisis—while being led by ideologues, and the country’s top military and intelligence officials may or may not be present, depending how Mike Flynn and Steve Bannon feel that day.

Every new White House makes mistakes. Wise administrations learn from them and get smarter, fast. Trump’s aggressive demeanor is already scaring allies and angering foes unnecessarily. The president’s unwise tweets have spurred Beijing to real anger, and top Chinese military officials have termed war with this new, combative America a “practical reality.” This isn’t a game, and the new White House needs to get serious without delay. It would be best if such weighty decisions weren’t being made by people like Flynn and Bannon, with the top military and intelligence brass locked out of the room. 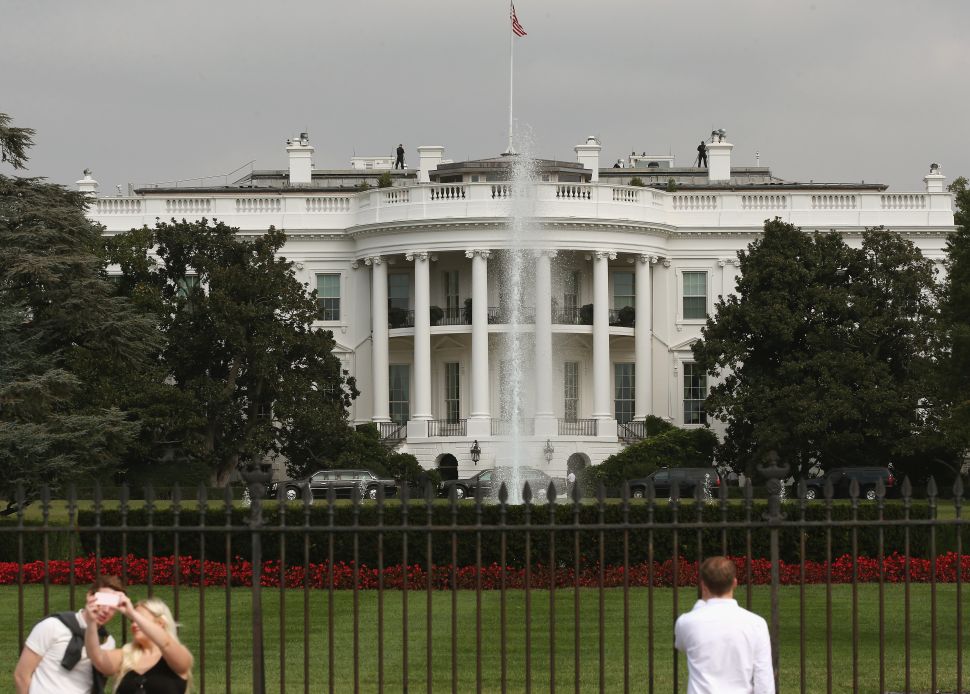