The whole world is awaiting (many with dread) Donald Trump’s inauguration as the 45th president of the United States on Friday. Earlier today Trump, a prolific tweeter, offered a look behind the scenes as he wrote his inaugural address:

Twitter users are trolling just about every aspect of this photo, from Mar-a-Lago’s interior decorating to the fact that the notepad is tilted away from the camera, and quite possibly blank:

20 minutes of repeating the words tremendous and sad? https://t.co/XnyZO6zC24

Does this *really* look like the face of a man who's looking forward to Friday? https://t.co/qMHPHGRKJc

Pen. Paper. Nothing else on his desk. This is hilarious. https://t.co/Ny9uHHim9w

Like all great speeches, Trump's inaugural address will be written in sharpie, on a blank legal pad, in the presence of a gilded eagle https://t.co/3MEQE17Vln

That background is the background in every photo of a despot chilling in his palace. https://t.co/PKFP2FhcqZ

And of course, the picture is already the subject of a Reddit Photoshop battle.

This isn’t the first time Trump has been accused of staging a big moment: at an event in March he touted successful brands like Trump Wine and Trump Steaks, and many people speculated that the folders he displayed at his press conference last week were filled with blank pieces of paper. 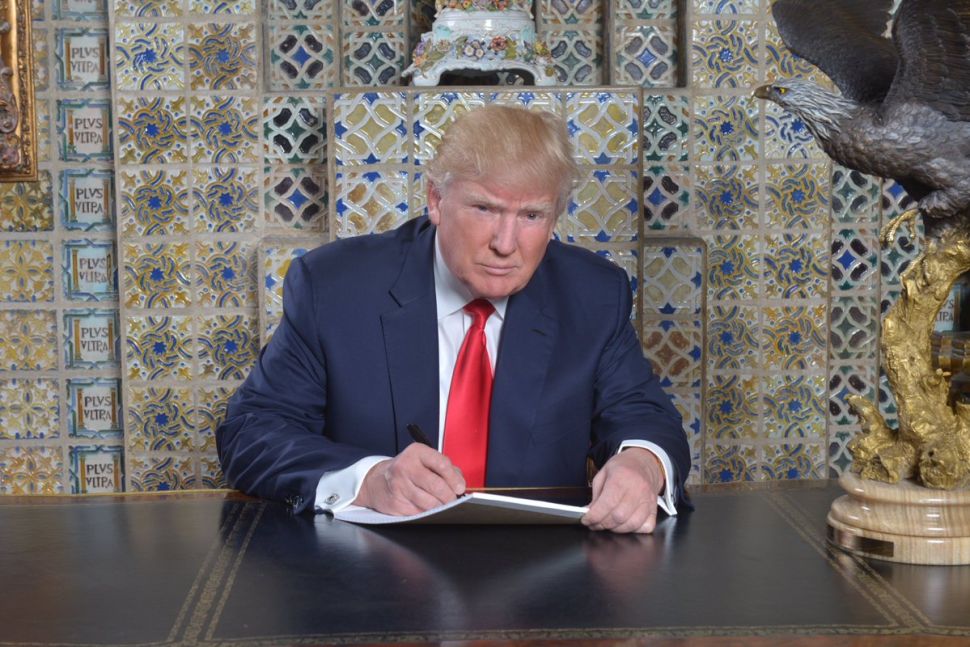