For three-quarters of a century it’s ranked among the world’s most important secrets. The American-led global spy alliance, born in the early years of the Second World War, is beyond question the most effective partnership in espionage history. Now, it’s all starting to come unraveled.

This remarkable hush-hush story began in the summer of 1940, in the dark days after the fall of France to the Wehrmacht, when Britain stood alone against Hitler, who occupied most of Europe. With his ally Stalin, the Nazis and Soviets had divided much of the continent between them, and it seemed only a matter of time before Britain gave in—as several ministers in Prime Minister Winston Churchill’s cabinet were counseling, so bleak did London’s odds appear.

Britain’s secret ace in the hole, known to only a privileged few, was her ability to crack German codes, above all the Nazi Enigma machine, which gave London deep insights into the enemy camp. The Poles were the first to break into Enigma, and shortly before their country fell to Hitler and Stalin in September 1939, Polish intelligence shared their secret knowledge with Britain. There, codebreakers made quick progress against Enigma, a top-secret program they termed ULTRA. But they needed help.

That’s where American code-breakers came in. In the bleak summer of 1940, in a desperate effort to stave off British collapse, which would leave all Europe under the Nazi-Bolshevik yoke, President Franklin D. Roosevelt began assisting London with money, supplies—and weapons.

The cornerstone of FDR’s plan was the Lend-Lease program, which gifted Britain billions of dollars’ worth of weaponry to resist the Nazis. The U.S. Navy even began escorting convoys of freighters bound for Britain to protect them from German U-Boats. Hitler was hardly wrong when he insisted, a year before the Japanese attack on Pearl Harbor, that America was a neutral in name only.

Unknown to the public, FDR also dispatched experts across the Atlantic to assist the British in the SpyWar. British and American spies began sharing secrets in the late summer of 1940, and in January 1941 U.S. intelligence officers were sent in secret to assist British code-breakers with ULTRA. Here, American know-how paid dividends, and months before the United States was officially in the Second World War, its spies were serving on its clandestine front lines.

So was born history’s greatest spy alliance. Anglo-American signals intelligence cooperation in the ULTRA secret, which soon encompassed Canada, Australia, and New Zealand too, played a role on all fronts in the global conflict and made possible numerous Allied victories. That ULTRA shortened the Second World War by months and perhaps years is not in doubt.

This secret alliance was so successful that the Anglosphere SIGINT partnership continued after Allied victory, and would soon prove vital in the budding Cold War too. The Five Eyes family, as it’s called, eventually expanded into other kinds of intelligence, but code-breaking remained its heart. Anglosphere SIGINT played a key role in keeping the Cold War from going hot, and it’s continued to the present day, keeping global peace while tracking terrorists and other international malefactors such as nuclear proliferators and narco-thugs.

After 9/11, intelligence-sharing became more important than ever and it’s no exaggeration to term the American-led spy alliance the secret shield that keeps the West safe from jihadists. In a high percentage of cases, operations to take down terrorists before they kill innocents begin with a tip, usually from SIGINT, that’s shared among intelligence partners rapidly, leading to successful disruption “left of boom” as the spies say.

Unfortunately, newly-inaugurated President Donald Trump is threatening the whole Western intelligence system with his brusque comments about our spies and worrisome ties to Moscow. For the first time, an American president is causing our allies and partners to wonder if Washington can still be trusted.

As I’ve explained, Trump’s aggressive comments about American spies—mocking them and comparing them to Nazis on Twitter, for example—have generated unprecedented enmity in our Intelligence Community. Going to war with the IC is a bad idea for any new administration, particularly given the new commander-in-chief’s rumored links to Vladimir Putin, which are keeping American spies up at night.

It’s not just Washington that’s worried. Throughout the Western spy alliance, intelligence agencies are pondering the previously unthinkable: Is the American president compromised? On several occasions over the decades, the IC had to reduce spy-links, usually only temporarily, to various partners when a new government contained too many cabinet ministers with Moscow linkages. Now the shoe is on the other foot, and it’s the American government that seems to have a Kremlin problem.

Just how alarming things are was revealed by a recent report in The Times of London that British intelligence has asked the IC for reassurances that the new administration—which has several officials with Kremlin ties that aren’t exactly hidden—won’t compromise British spies operating clandestinely inside Russia. When America’s oldest and most intimate intelligence partner is worried that the White House can’t be trusted with secrets, we’re in uncharted and dangerous waters.

The cost of breakdowns in the Western spy alliance won’t be theoretical. If intelligence sharing wanes, the world gets more dangerous and jihadist attacks will increase, perhaps quite quickly. When spy-partners aren’t confident their shared secrets can be protected, they will become reticent to talk to us. As Mike Hayden, the former director of both NSA and CIA explained, “How many foreign intelligence agencies might say, ‘I’m not sure giving this information to the Americans will do any good anyway. So why should we share it in the first place?’ If they come to the conclusion that the decision-makers don’t pay attention to the intelligence and the Intelligence Community is not respected, then why take the risk?”

If President Trump doesn’t explain his shady Kremlin ties soon, the impending Senate Intelligence Committee investigation, which will have subpoena powers, will explain them for him. Our allies and spy-partners are watching with baited breath. If they don’t get answers soon, the 75-year-old American-led Western espionage alliance will start breaking down, with ominous real-world consequences. The public won’t hear much about the collapse of the West’s spy alliance, which works hard to keep itself out of the newspapers, but if terrorist attacks are suddenly on the rise, with innocents dying in greater numbers, you will know it’s happened. 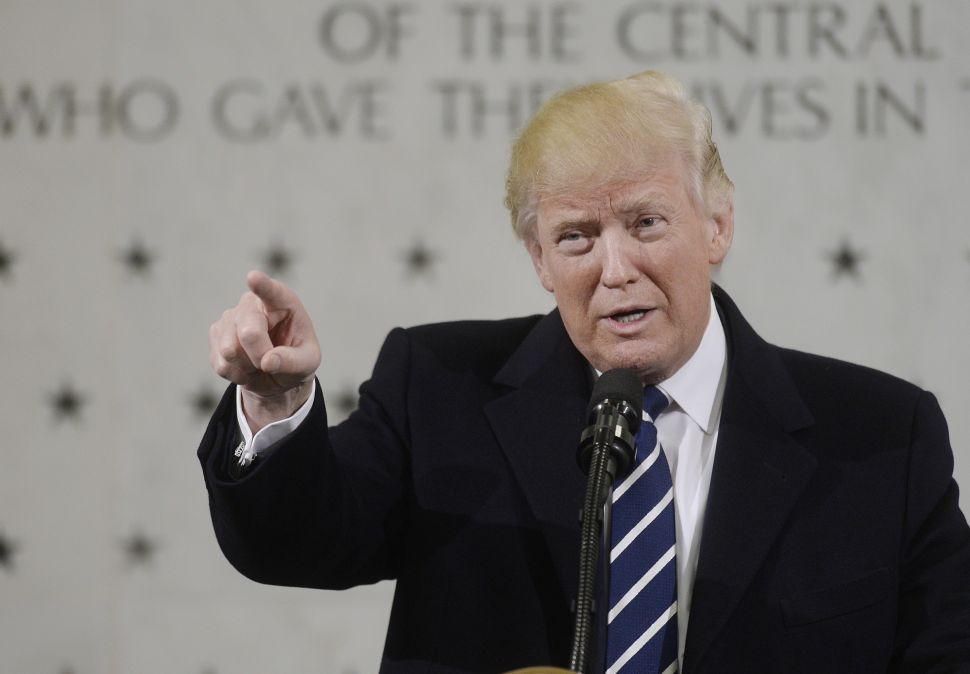