At one press conference in 1942, back when reporters got along with presidents, FDR read them a staffer’s memo he had to approve. It suggested ways to black out federal buildings during an air attack.

“Such obscuration,” Roosevelt read, “may be obtained…by terminating illumination.”

When the laughter died down, FDR said he would recommend something like “turn off the lights.” Reporters liked that. It demonstrated he was a regular guy.

But no matter how colloquial Donald Trump is on his January 20th inaugural address, it’s unlikely he will win such approval. When it comes to Trump’s speaking style, he often gets headlines like this one from Esquire.com: “Trump Woos People by Speaking at a 4th Grade Level.”

Presidential speech gets a lot of attention this week because of the Inaugural and a new Quote.com analysis of how many Americans can understand speeches.

Just 20 percent of today’s Americans can make their way through Washington’s first inaugural.

One tool the site used to create that estimate is the Flesch Readability Score, which not only measures what we understand but instantly tells us the grade level of any document. The tool has helped spark a dispute raging among rhetoric scholars about the trend among politicians towards simpler language.

The trend is real. In his much-praised 2008 book, The Anti-Intellectual Presidency, Wesleyan Professor Elvin Lim documents the belief his book’s subtitle makes clear: “The Decline of Presidential Rhetoric from George Washington to George W. Bush.”

“Americans would be better off,” Lim argues, if presidents “spoke more like Washington and Jefferson and less like Ford or Carter.”

To back up his belief, Lim used Flesch to assess every State of the Union and Inaugural speech from George Washington to George W. Bush.

Here’s what he found.

If you use one gauge of the readability stats—the percent of Americans in 2016 that can easily understand these speeches—the change is gigantic. Just 20 percent of today’s Americans can make their way through Washington’s first inaugural. Three times as many understand one from Bush.

It’s no mystery why. The obstacles to reading for Americans are the same as ever: long, winding sentences and big words. Sentences in Washington’s average 61.6 words each. Bush’s? 16.8. Americans read at about a seventh grade level. Washington’s speech is around 22nd grade. No wonder less than 20 percent of Americans would understand him.

Meanwhile, speechwriters believe they can convey a President’s views with simpler language. We write now, not currently. But, not however. Also, not additionally.

So simple language would seem at first blush to be great.

When Barack Obama delivered his recent farewell address in Chicago at an eighth grade level, was he “dumbing down” political speech or meeting the needs of a democratic society?

I’d say the latter. But while rejecting the term “dumbing down” Lim makes no bones about his choice. “The state of rhetoric today,” he argues, “has taken a nosedive from our founding era.” His culprit is precisely what Flesch measures: “relentless linguistic simplification.”

Lim decries what has replaced the rhetoric of Washington and Jefferson: words that “equivocate, flatter, or seduce”…rely on “platitudes or partisan slogans…and emotive and human-interest appeals.” He calls the use of story “bathetic” and calls for speech that “facilitates rational disputation.” Translation: stimulates debate.

He believes the simplicity in presidential speech deprives presidents of the capacity to lead. He objects to the presidential obsession with persuasion and sneers at the way their speechwriters work for applause lines.

He’s not all wrong. Rational disputation is a good thing. Equivocation? Very, very bad. As someone who has spent much of his professional life writing speeches, I’ve seen examples of every flaw Lim mentions and not all from the other party.

Where he and his fans go wrong, though, is their belief that simple language is the culprit. Here are four reasons why returning to the old days would be a profound mistake:

If democracy means anything shouldn’t Trump try as hard as he can to persuade people like me he’s right? Donald! Make a case!

He cannot hope to persuade Americans using the complicated diction of Washington or Jefferson. Those who make that argument ignore the need for a president to move listeners, reach people without college degrees, and convey policy details in other ways besides a speech.

Besides, what’s hard about conveying interesting thoughts in simple words? English is a rich language. Let’s try. Here is a typical and interesting sentence from Lim’s book.

I examine the evolution of the White House speechwriting function to show how the institutionalization of speechwriting has altered its output.

Just 24.3 percent of Americans can grasp that without a struggle. What if Lim wrote it this way?

I look at how speechwriting has changed in the White House. I show how Presidents have made speechwriters a department. And I show how that’s changed the speeches they write.

86.7 percent of Americans would understand.

Is there a difference in nuance between “examine” and “look at?” Of course. Is it worth confusing half your audience? No.

Lim is too perceptive to think anti-intellectual rhetoric stems only from one thing. “It is more than a matter of linguistic simplification,” he writes. It’s clear, though, what he thinks does the most damage: The “exceptionless and deliberate drive to simplify presidential rhetoric since the mid-20th century,” he writes angrily, “has been the linguistic underpinning of the anti-intellectual presidency.”

In fact, as we approach Inaugural Day, hasn’t the lesson of 2016 been that those focusing on “dumbing down” are wrong? It wasn’t simple language that made so much of the election dispiriting. It was the staggering amount of unsupported assertions, ad hominem attacks, straw man arguments, apple and orange comparisons, and massive, unapologetic lying. That would survive no matter what kind of diction presidents use to dress them.

Reading through the charts in that Quote.com analysis, we get a better feel for what’s wrong and right about presidential speech. Of the 25 “greatest” American speeches, they tell us that many Americans can understand only those written in the last half century. That includes Martin Luther King’s “Mountaintop” speech, LBJ’s “We Shall Overcome,” and Ronald Reagan’s “Challenger”—all written at between 6th and 9th grade levels.

There are many flaws in the language of politics. On Friday, the millions of Americans listening to the new President should listen hard for them. But here’s one thing they don’t need to worry about: that they’ll understand it. That’s something Donald Trump understands.

Lim and his admirers see villainy, where presidents and their communications staff rightly see virtue. They misplace their anger by taking aim at those trying to help listeners grasp and respond to a presidential speech. For unless listeners understand, speeches shed not more but less light.

Or as Lim and his admirers might say: illumination. 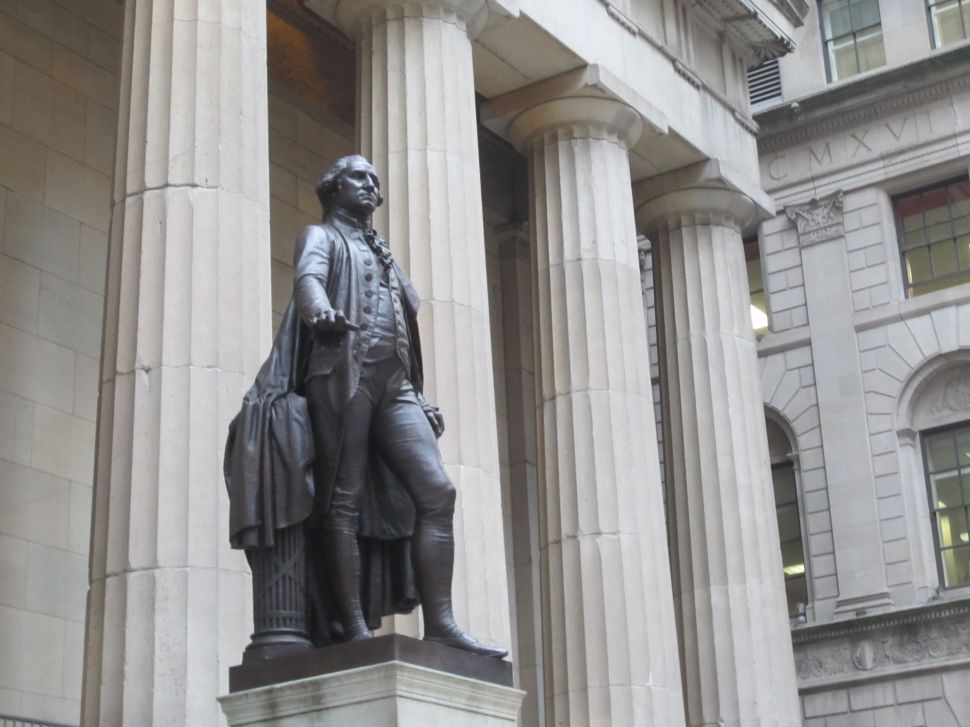